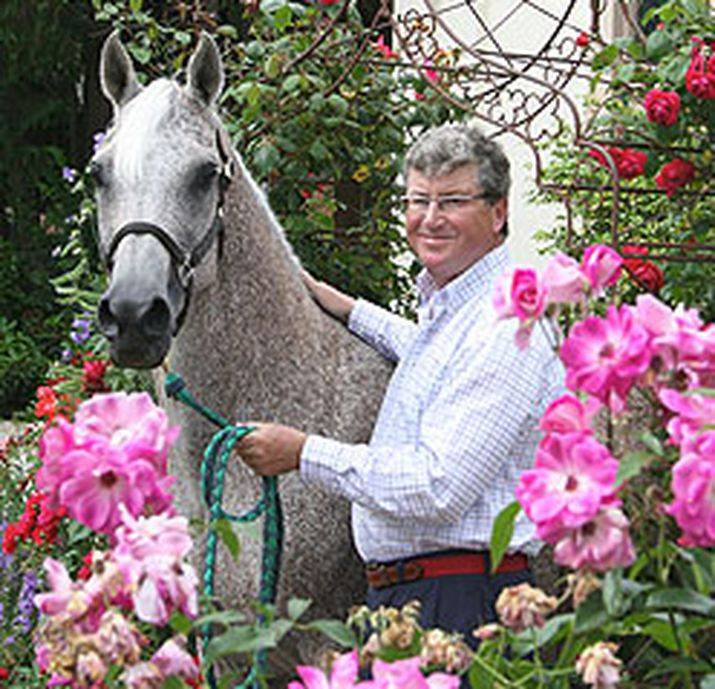 *Pic: From ‘Team Mulawa’ here: “Greg Farrell Jr, “Mr. Mulawa”: Greg is by nature very hands-on – activity done translates into learning and understanding – and he still applies this essential quality to the horses with ambitious zeal and earnest dedication. Greg is a natural horseman – his innate affection for and confident ease with horses is readily apparent in his daily interaction with the horses at every level. Although Greg’s primary vocational responsibility has always been Managing Director of Federal Group (the highly successful and widely respected Australian owned family business and the world’s second oldest hotel group), he always finds quality time for the horses. He remains integrally involved with all the handling and training of the Mulawa Arabians, from early breaking through the professional turn out of top level show ring performers in hand. (Pictured with ADVENT) “

Andrew Wilkie in his latest media release reckons the Federal Group is “set to pocket an enormous $18 million windfall if the Liberals win government.” ( TT HERE )

There’s obviously a bit of misunderstanding about how the Libs’ pokie industry welfare policy works.

The Federal Group told the parliamentary inquiry into Future Gaming Markets that increasing the commission to pubs and clubs from 30 per cent to around 50 per cent as proposed by Federal/THA and subsequently adopted by the Liberals as the way to take the State to the next level, would result in a windfall capital gain of $150 million. This was independently verified, so the joint committee was told …