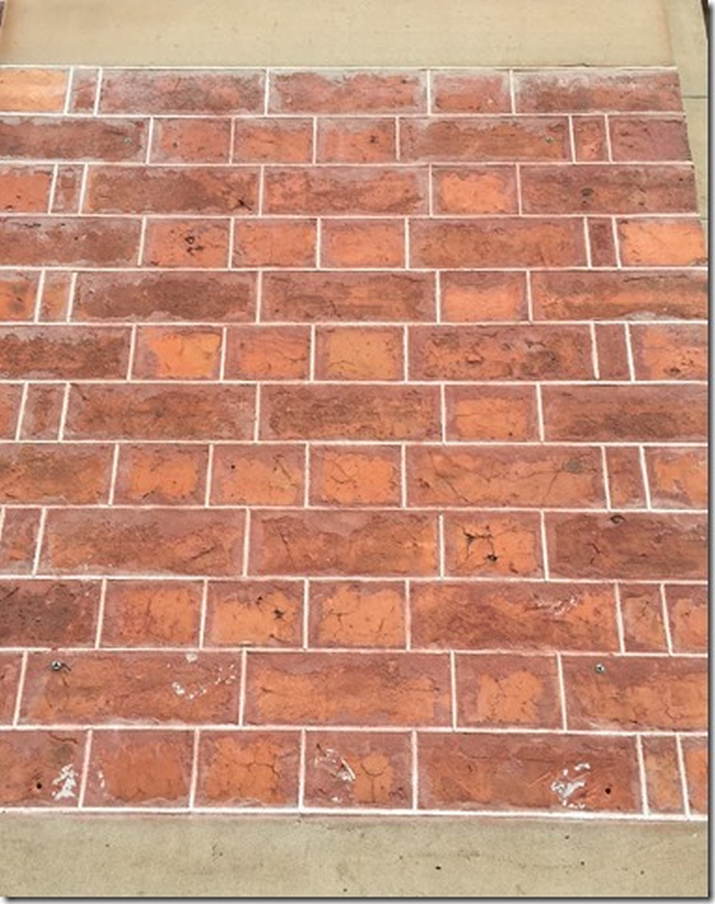 *Pic: Bricklaying and how to set the standard. A variation on Flemish Bond tuck pointed with half bricks in Launceston.

On a lighter note, this tuck-pointed brickwork executed by J &T Gunn on a building in Launceston is as good as it gets. (Image 1)

Many of the buildings on the Duke of Bedford’s Bloomsbury estate in Central London also exhibit a similar quality of notable brickwork. Another fine example of tuck-pointing is No 10 Downing Street, the residence of British Prime Ministers. (Images 3 and 4)

Pressed bricks are required to give the sharp sides (or arrises) which, when tuck-pointed with a little mortar, are visually straight and true. The black colour is not due to pollutants but the use of fire grate coal and wood ash from a then open-fired London as heated by the hard work of maids burnishing the steel grates which they cleaned each morning. This waste was specially collected and then mixed with the yellow London clay as a binder to produce this wonderful colour.

The two Gunn brothers, by trade bricklayers from Caithness, are using the same variation on Flemish Bond (Image 2) with two half-bricks as a demonstration of skill and decoration. The vertical edge lines of the bricks in each course are laid plumb line straight, with the horizontal mortar being as thin as practical to secure strength.

Gunns had its own brick pits pressing its own bricks in Launceston to give them the required arris for laying bricks to this standard.

The question I ask the observant reader is to name the building and if possible, nominate a finer example of the bricklayers’ craft in Tasmania … ?