The following pictures were taken in late March at Lime Bay State Reserve just past Saltwater River on the Tasman Peninsula. The area is a geological paradise which David Leaman has described as a “summer jewel” in his book Step into History in Tasmanian Reserves. 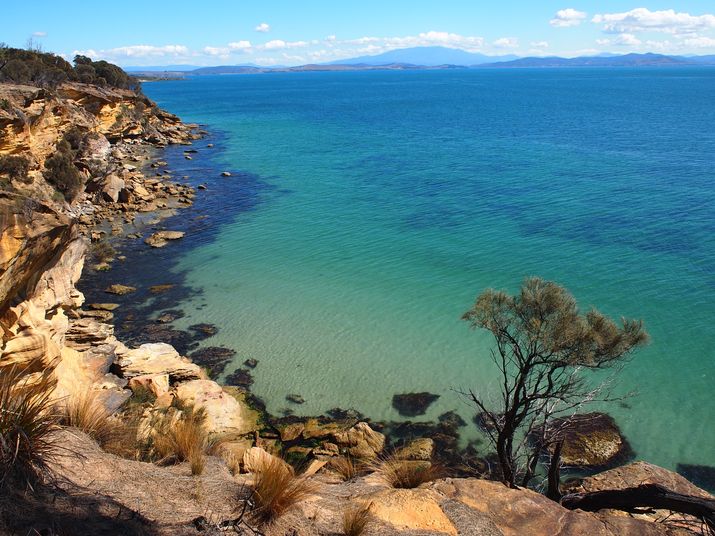 The Spectacular cliff top walk along Green Head has magnificent views over Norfolk Bay to kunanyi. It takes about three hours to do the loop walk from Lime Bay Camp ground over to Lagoon Beach and up along the cliff tops of Green Head. The track goes very close to undercut cliffs and care needs to be taken. 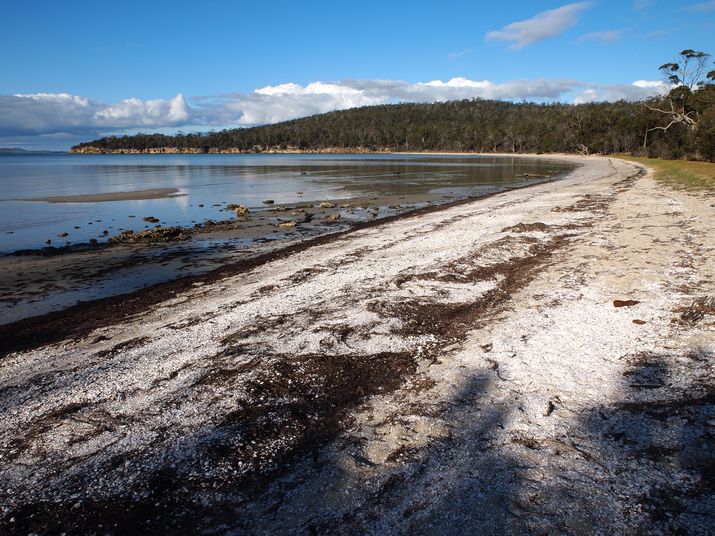 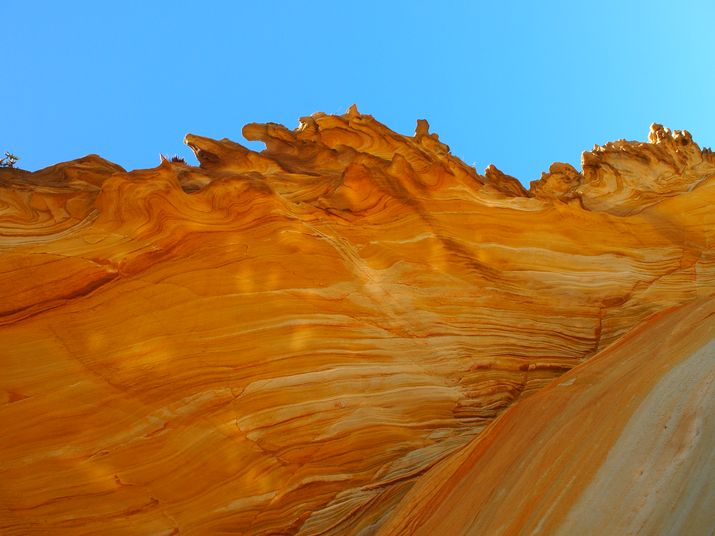 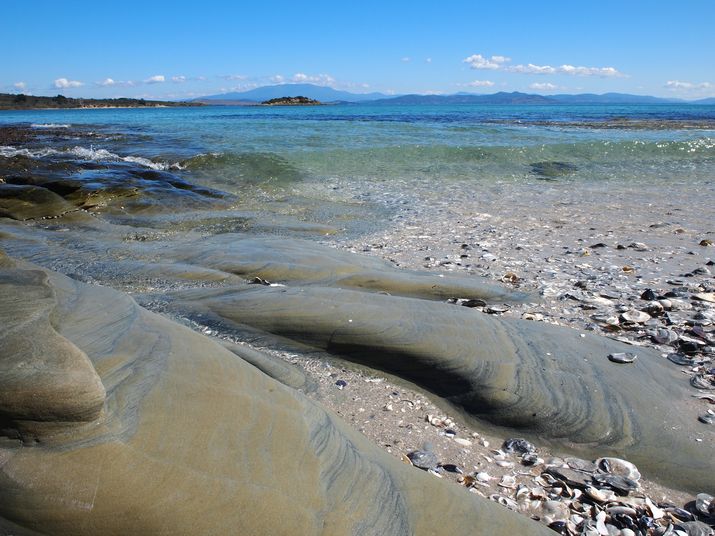 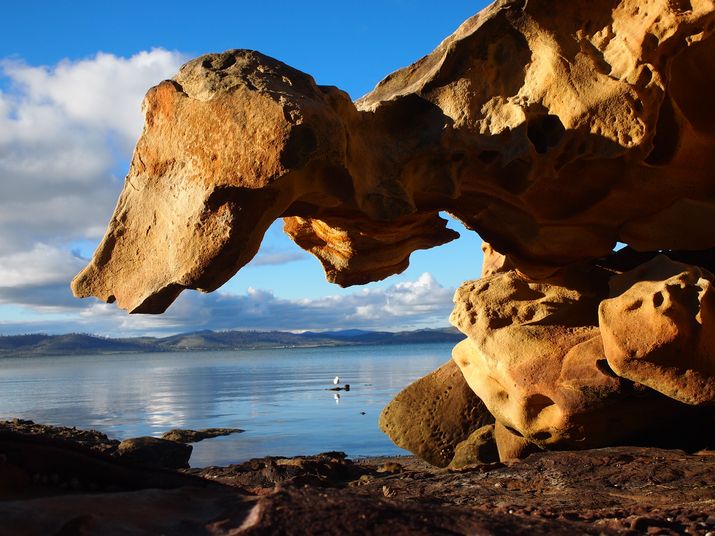 These Triassic sandstones at Lime Bay are just a minute’s walk from the peaceful camping area set amongst the casuarinas. 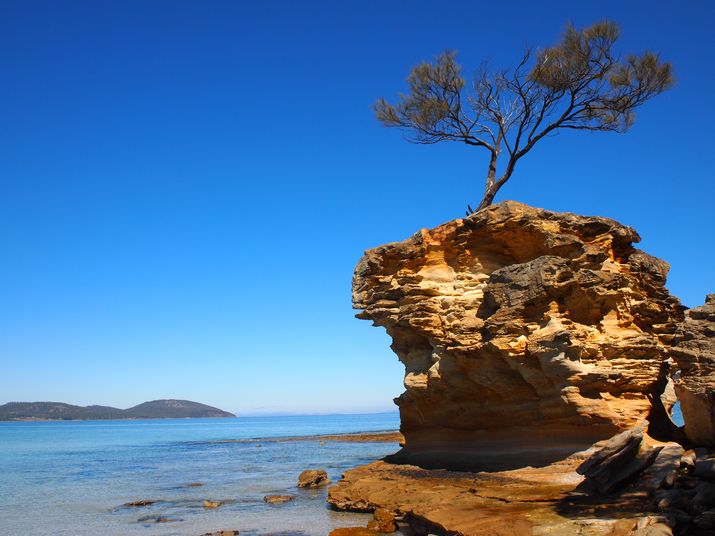