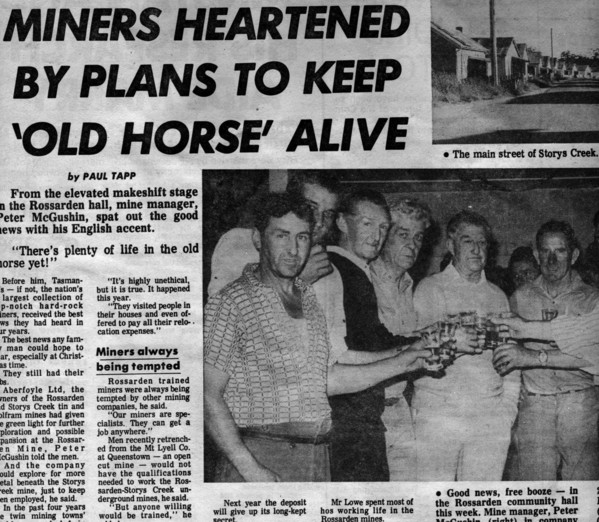 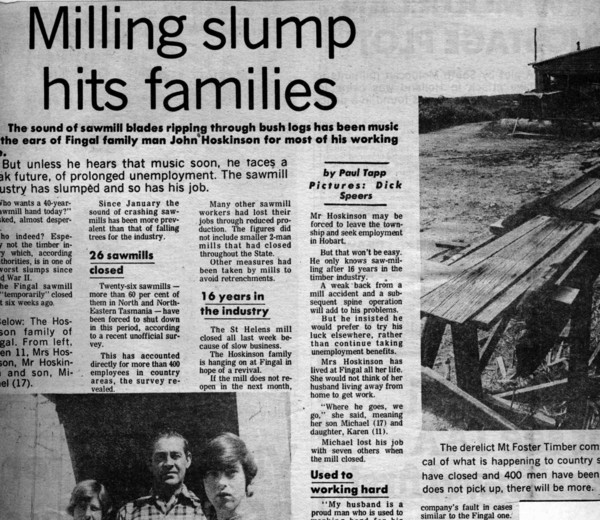 The mid-70’s were interesting Tasmanian Times (pardon the pun). I was an Examiner reporter and the word ‘conserve’ was making its way into the sub-editorial lexicon.

I went with a group of bush-walkers into the wilderness of the Tasmanian Highlands. A popular spot, a Mecca for high-altitude prognostication on a most unusual subject, paraphrased as a paradox: those who love ‘pristine’ are in fact destroying.

And so with cameraman, Ross Dearing and a hardy group of bushwalkers we trudged, trudged, trudged up well-worn, culvert-deep, precipitous goat-tracks where rain caused rivulets and snap, snap, snapped the hallowed panoramic spectacular known to the off-the-beaten-trackers as the Walls of Jerusalem.

I had a great day and night out with conservationists and waxed descriptive lyrical.

“It has suddenly dawned on me why conservationists get so emotional over places like this.

It is not just the aesthetic quality of towering snow-bound mountain peaks; of swirling sleet-filled mists; of glassy-tarns and lakes and raging mountain streams that move minority groups to scream the word that echoes from the Walls of Jerusalem all the way to the halls of Parliament…CONSERVE!

It is also the delicate life forms of flora and fauna that can be thrown into imbalance even at the passing of a score of trudging boots – the vast and colourful carpet of lichen, moss and alpine grass, and the myriad of microscopic animals that thrive beneath it are always at risk at the presence of man.

No matter how considerate he is, the intrusion of man detracts from this fragile, yet rugged, harsh and forbidding world.

It is this natural environment that comes man to escape the pressures of civilization and seek refuge in the in the world he quit thousand of years ago.

And there is the paradox – by its mere attractiveness, the wilderness is threatening to self-destruct. “

This was written in December 1976 … and the piccies told the story of snow in the summer highlands, years before global-warming would enter the global environmental lexicon.

This was a time of government stability, before Green entered the Tasmanian political lexicon.

It was a time before Bob Brown, Christine Milne and Peg Putt, names poised to enter the annals of iconic, trouble-making bastards. It was a time before enemies of balanced reporting, tribed-up with poisoned arrows to shoot the messenger who might want to bring industry or progress into the equation. It was a time when a journalist was truly chosen for his/her balance and fairness, not sneaked into the club with an agenda burning feverishly into the fingertips. It was a time before the easy-to-manipulate Y-gen got a Guernsey in the news-reporting scheme of things, a time when journalists were hand-book descriptive of the socially-lonely; when editors, news editors, chiefs of staff and subs hollered at a word that might even remotely hint at bias.

It was a time when a stand against the old order came from individuals as David Scholes, fly-fishing bomber-pilot hero of a now forgotten war flew a sorty or two against Hydro and forestry operations.

A time when blokes took it on the chin when the ore ran out and the mines shut down…and timber mills closed as interest-rates climbed and demand dipped…and demand for compensation would have been blasphemous.

It was a time when an unknown came into The Examiner and editor Mike Courtenay accompanied him from his office to my desk and Bob Brown, a gentle non-assuming locum doctor from Liffey handed me an essay of screaming children leaping from the lines of a fictional nuclear-war piece.

It was probably the first of my stories that, with the essay, went into the bin. I wish I had have kept it as a souvenir … of changing times.

I guess Bob went home and waited for the non-story to appear. He may have read the mood, looked at a map, poked a pin on the Franklin River, muttering, ‘not a likely scenario, Tasmania’.

Perhaps the great paradox of all is that those mid-70 articles with its ‘conserve’ –word continuum, were the collective genesis of inevitable political change…and a grand regional newspaper, The Examiner, too often a target for sometimes irrational attack, was the cause of it.