I had thought El Salvador was as political a population as was possible, with politically motivated graffiti everywhere and every telegraph pole painted for the first metre with the colour and name of a political party. However, in Managua, the capital of Nicaragua, there is even more. Political statements tag almost everything possible in the city, with black and red stencils of the shadow of Sandino one of the most common and most striking. In El Salvador the colours and names of at least four different parties adorn the telegraph poles. There is the red and white of the FMLN, the red, blue and white of ARENA, the blue and orange of GANA and the baby blue and white of the PDC. By contrast, in Managua all you see is the red and black of the Sandinistas.

Augusto Sandino was a liberal rebel who opposed the conservative regime of the twenties and thirties and inspired the oppressed throughout Latin America. In 1934 Samoza, the head of the National Guard who were trained by US marines to suppress the rebels, invited him to dinner and ‘peace talks’. Sandino and his brother were shot after the dinner. A couple of years later Samoza overthrew the Liberal president, and so began a brutal four decade family dynasty. They amassed huge personal wealth through corruption and owned an area of the country bigger than El Salvador, the rest of the country was virtually owned by their friends. Needless to say, the US supported this ‘government’ and used it as a launchpad for the overthrow of a Guatemalan leader and to invade Cuba. The shadow of Sandino watches over Managua

Eventually opposition was so widespread and organized that the dictatorship was overthrown, predominantly by the Sandinista National Liberation Front (FSLN) otherwise known as the ‘Sandinistas.’ The current government claims to be of this Sandinista origin and clearly plays to the pride Nicaraguans hold regarding the grass roots defeat of the Samoza era.

We passed a large park in the city centre that has resembled a refugee camp for several months. Several thousand farmers and their families are living there in make-shift homes in both desperation and protest caused by their exposure to pesticides in the eighties. Their tiny homes made from branches, black plastic and random pieces of corrugated iron reminded us both of the permanent houses of many in rural El Salvador. We were advised that it was likely the government would build them small homes somewhere on the outskirts of town as “there is no shortage of land here.”

The lone surviving skyscraper and the shell of the old cathedral behind.

Managua is a strange city, partly as it doesn’t really have a centre. The main reason for this is that the city was devastated by an earthquake in 1972 and is still rebuilding, though it is also rebuilding from the decade-long civil war that spanned the eighties and Hurricane Mitch in 1998. The earthquake leveled over 250 city blocks. The skyline has one tall building, which survived the quake and there are remnants of the old centre where the shell of the cathedral and a former government building still stand as memorials, though they are plastered with propaganda for President Ortega and his government. 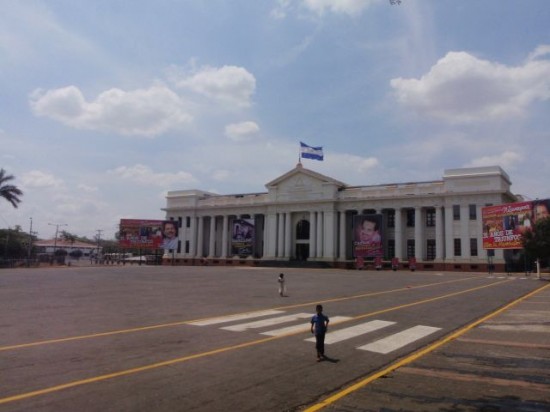 Old government building with propaganda of the current government

Nicaragua, like El Salvador, seems to suffer the same nightmare of pollution due to plastic. Any area where there are people makes you think of some far-fetched film set in a future where we are becoming buried under our own rubbish. There appear to be several reasons for the problem.

Firstly, much of both country’s water is contaminated, much of which is due to the aerial spraying of cotton plantations in the sixties and seventies. This means in order to rehydrate people have to buy bottled water, or as they are more readily available than bottled water, cola and other soft drinks, (no doubt one of the reasons most people have several teeth missing). 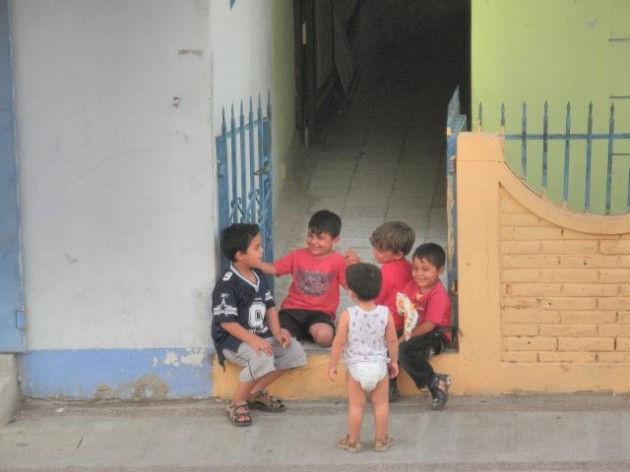 Secondly, local councils do not have the money to provide rubbish collection other than in the urban centres and very few people have the means of transport to visit a refuse tip, even if there was one. Thirdly, plastic is relatively new and there is a real lack of understanding about its dangers. Everywhere you go you will smell people burning their rubbish, which is predominantly plastic, as there is no other way to dispose of it. People happily stand in the smoke with their children breathing in the cancerous fumes.

These countries need national education campaigns on the issues of plastic. However, on a more positive note, the Spanish government is helping to fund and construct a major recycling centre in Managua, which appears to be the first of many steps needed to combat pollution from plastic and other types of rubbish.

As we travelled through the country the landscape was similar to El Salvador, dry and heavily deforested, though Nicaragua does have more trees and less agriculture. Unlike El Salvador there are not people everywhere, in fact other than Managua the country seems very sparsely populated. We went to San Juan del Sur for a few days, a lovely little coastal village not all that far from the Costa Rican border. The level of foreign ownership in these places that have tourism is frightening, while the villages are surrounded by the locals who mostly still live poorly and tend to only benefit from tourism in terms of low skill, low paying jobs such as hotel cleaners.

We hired a trail bike in San Juan del Sur for two days and explored the coast finding many secluded and beautiful beaches, most of which could only be reached by trail bike or good four-wheel-drive. The freedom of the motorbike was wonderful, allowing us to visit lonely places without a tour guide and due to the roughness and steepness of the roads, the journeys were adventurous as well. It was so beautiful riding along a long beach, parking the bike on the rocks and swimming in the turquoise water that I popped the question with a $1 ring in my pocket and Anna and I are now engaged. 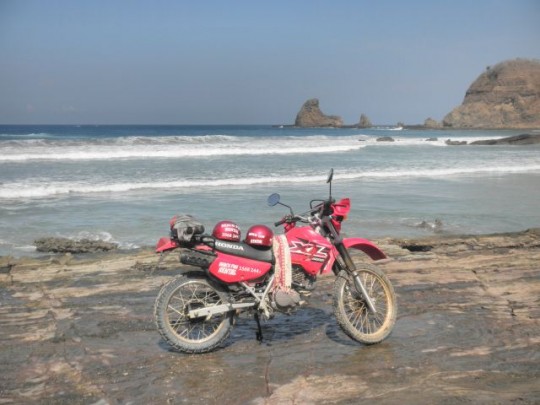 A place to propose