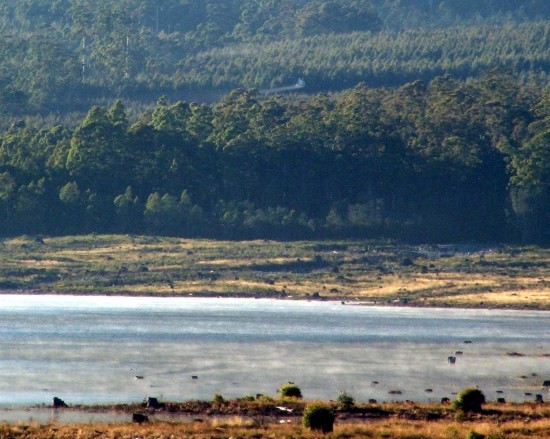 I am not surprised by the Government findings, but I am disappointed and find the Mercury article troubling.

What I think the Government – DPIW – has said is that DPIW has no actual firm factual evidence that off-site drift of the neurotoxic insecticide spray actually occurred.

They have not conceded that the insecticide was found right at the edge of the river beside the plantation and the other circumstantial evidence (wind speed, valley wind eddies, photographic evidence, descriptive narrative evidence from individuals of signs and symptoms that matches the insecticide fact sheet), on the balance of probabilities, would mean most normal people would believe that the drift would have gone off-site as described by those making the complaints.

That Government leaves no room for any doubt at all in their deliberations and final statement should be troubling to us all.

Spraying at Western Creek, from: Here … 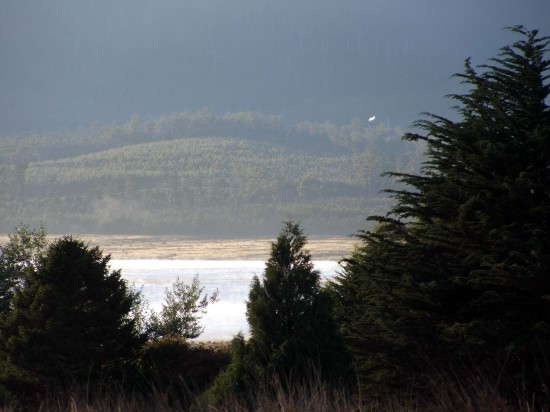