Tasmanian roads –
latest alerts & reports
Donate to Tasmanian Times –
BSB: 807009 Acc: 60178142
Want to have a say?
Send us a letter for publication
no new content for a few days,
site is being migrated
new writers & contributors welcome,
please contact us with your submission
Tasmanian weather
forecasts and warnings 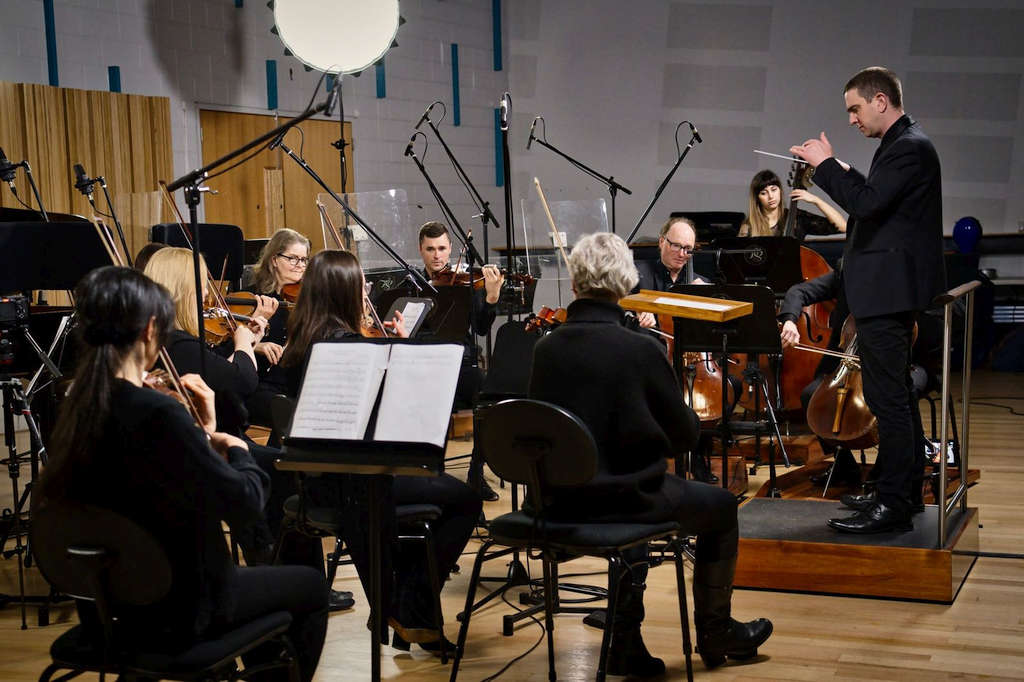 More than twenty of Tasmania’s finest musicians and audio/video technicians gathered in nipaluna/Hobart early in July for a productive day of recording, filming and collegially contributing to Steve Crump’s new project Considering Life.

This sound and visual project was made in collaboration with Bob Brown, Jabra Latham and Caleb Miller. Four of Steve Crump’s piano compositions – as arranged by multi-talented Jabra Latham and conducted by highly regarded Tasmanian conductor Simon Reade – were performed, recorded and filmed in a busy day in the TSO Studio. The project focused on three of Steve’s solo piano pieces inspired by the poetry of Bob Brown, and one of his new collaborations with singing and acting Tasmanian sensation, Naarah. The latter is set for release in the coming months.

“It was a day of musical wonder!” said Bob Brown. Fifty years after he wrote those poems, they have re-emerged musically just as intriguing and affirming in their sentiments about life and our relationship to nature.

“We were privileged to have many of Tasmania’s finest musicians deliver profoundly moving performances, our project lifted to a level we had so far only dreamt,” said composer Steve Crump.

“From the first wave of the baton, all instruments slipped into harmonic unity as if the ensemble had rehearsed for hours. Actually, we just went for it on the day!”

“Jabra brought great sensitivity and years of experience to re-expressing my piano pieces, capturing their essence whilst expanding texture and melodic force. Jabra’s compositions and arrangements have been performed by the TSO and his recordings are regularly played on, for example, ABC Classic FM.”

“Getting amongst Steve’s writing and recordings and finding the hints of bigger ideas was fascinating and quite enjoyable,” said Jabra Latham.

The outcome will be a CD/DVD package including three exciting music videos soon joined by multiple streaming options for sound and vision, which will be available 30th October 2022.