Tasmania has suffered a fall in visitor numbers of 3.1 million people from the start of pandemic restrictions in March 2020 through to the end of June this year, according to Tourism Research Australia figures.

This has led to a loss in visitor spend in Tasmania of $2.6 billion.

At the same time Australia’s tourism sector has seen more than $100 billion lost during the COVID-19 pandemic.

The data clearly shows the industry is still being devastated, even as Scott Morrison’s Liberals seek to take away what little support remains.

Tourism operators desperately need certainty and support as they week to restart and expand operations as the freer movement of people returns.

Instead, we have seen workers in our tourism sector thrown on the scrap heap, with aviation workers from cabin crew to baggage handlers laid off after being deemed ineligible for the Morrison Government’s so called ‘aviation support’ package.

Scott Morrison is all talk when it comes to supporting Australia’s tourism industry and the businesses and workers that rely on it. 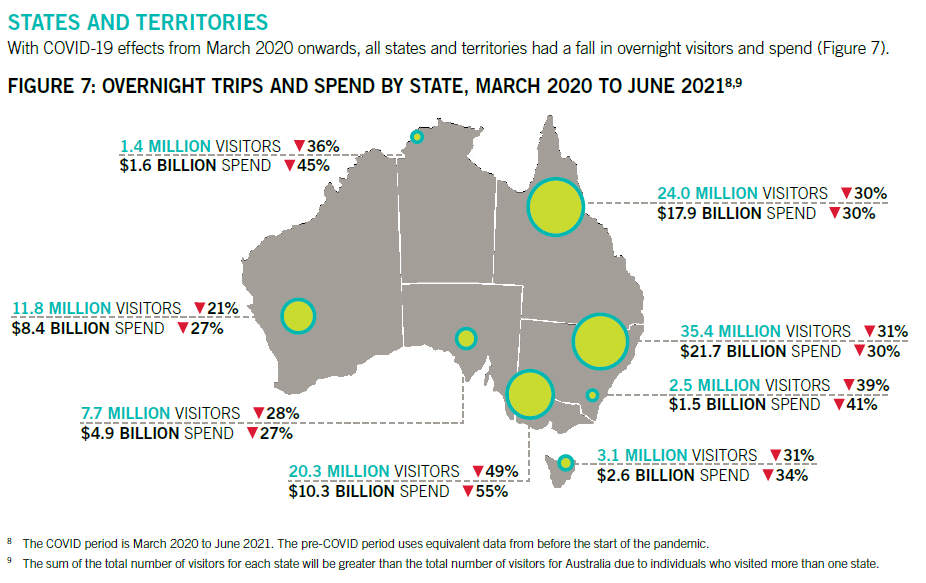