new writers & contributors welcome,
please contact us with your submission
Donate to Tasmanian Times –
BSB: 807009 Acc: 60178142
no new content for a few days,
site is being migrated
Tasmanian weather
forecasts and warnings
Tasmanian roads –
latest alerts & reports
Want to have a say?
Send us a letter for publication 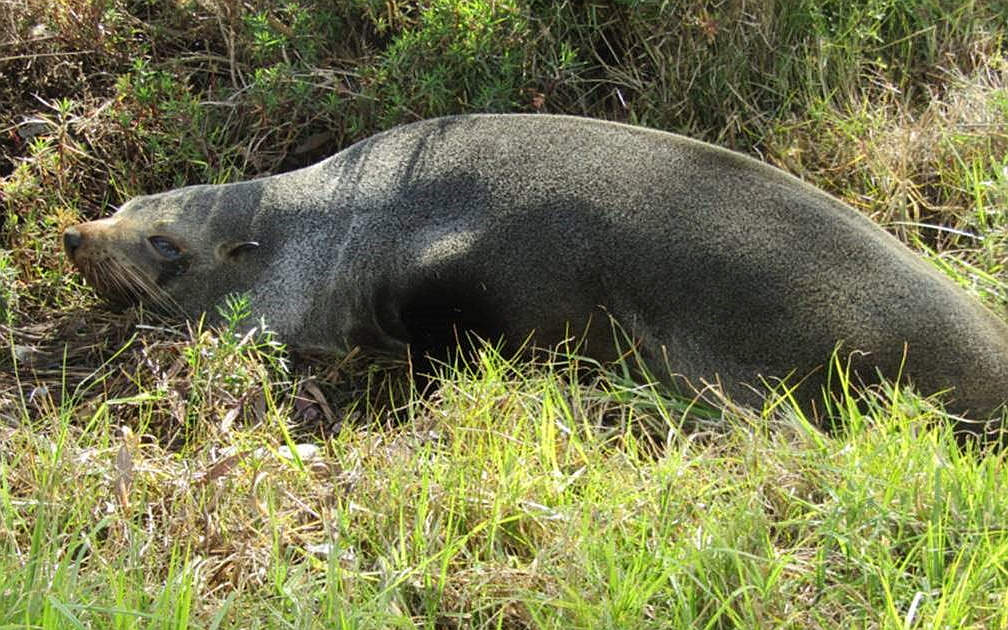 A long-nosed fur seal born on Maatsuyker Island off Tasmania’s south-west coast in 1996 has been resighted 25 years later at Lakes Entrance in southeast Victoria.

The male long-nosed fur seal was seen hauled out and resting earlier this month along the Gippsland coast. Fur seals often haul out during the day when foraging in nearby coastal waters.

The seal has a distinctive numerical marking of 830 on its right-hand side rump and had wildlife officers within Victoria asking their counterparts across Australia where the seal may have originated from.

“We were excited to respond to this call and gain important updated information from research activities conducted more than 20 years ago,” DPIPWE Marine Conservation Program wildlife biologist Sam Thalmann said.

“Previously thought to reach a maximum age of 19, this sighting of the fur seal 25 years after it was marked as a pup provides exciting new knowledge into the maximum life span for wild fur seals in Australia.”

Understanding the life history dynamics such as age structure, survival, longevity and dispersal of wild, far-ranging marine species such as fur seals is difficult to establish, but it is fundamental in conservation management and planning.

“We see a lot of older male fur seals that are past their prime and haul out along the Tasmanian coast as they reach their end of life, but this seal does not fit in this category,” Thalmann said.

“This seal appears to be in good physical condition and may continue to prosper for years to come.”

Hunted to near extinction in the 1800s, long-nosed fur seals were first described to have recolonised Tasmanian waters and formed the first breeding colony on Maatsuyker Island in 1987. When this seal was marked less than 100 pups were born annually and breeding was restricted to Maatsuyker Island only.

Today, the long-nosed fur seal is a protected species and listed as Rare under the Tasmanian Threatened Species Protection Act.

Members of the public are encouraged to report sightings of whales and injured or entangled marine mammals to the whale hotline (0427 WHALES).