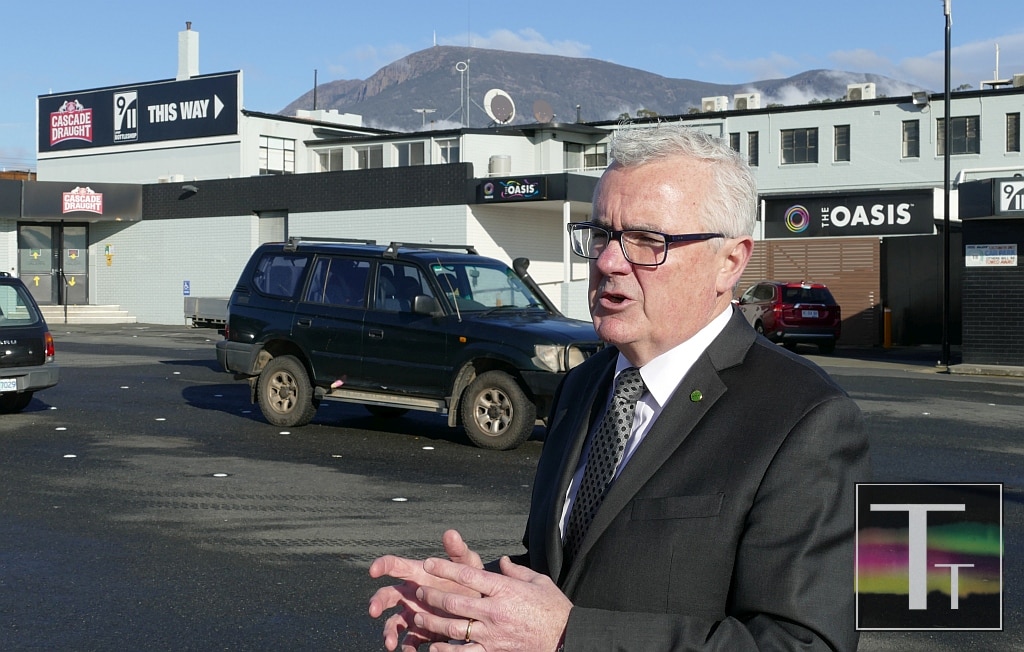 It is ‘very regrettable’ that poker machines will be available again from mid-day Friday in Tasmania without an effective harm minimisation strategy in place, said Clark MHR Andrew Wilkie today.

“The industry has been shut down for a few months; what a great opportunity that would have been for the state government to say ‘when you re-open we need a number of harm minimisation measures’,” he said in a press conference outside the Valern Hotel in Moonah.

The measures he suggested, consistent with his past campaigning, are lower maximum bets, slower spin speeds, tougher penalties for breaches of gaming laws and the removal of ‘addictive features’. 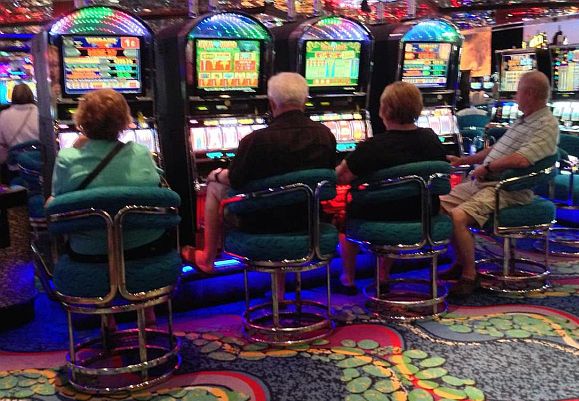 The sound and light effects of poker machines are addictive, and need to reigned in, says Andrew Wilkie.

“It continues to be a nonsense in Tasmania that someone can gamble $5, win $3, and the machine carries on like they’re a winner when obviously they’re not, they have lost money,” he said.

He identified suicide as a major harm, citing the ‘shocking death toll’ from gambling addiction.

“We know from credible research that more than 400 people a year suicide on account of poker machine gambling addiction,” Wilkie said. “I mean even one suicide is one too many; 400 is just a mind boggling figure. So state government if you’re going to allow these machines to continue to operate in the community, in the suburbs like right here which is a real hot spot in the northern suburbs of Hobart, then properly fund suicide intervention support services.”

Treasury figures released by Wilkie in 2018 revealed the Hotel Valern took third spot in the top 20 pubs for poker machines losses in Tasmania. The data showed three of the hotels in the top five — The Elwick Hotel, the Valern and the Claremont Hotel — were in Glenorchy and owned by Federal Group’s Vantage Hotel Group.

“The government frankly is genuflecting at the altar of the poker machine industry instead of seizing opportunities like the pandemic to clean up the industry.”

He said it was ‘striking’ that the reforms set to go through or at least to the parliament in Tasmania later this year specifically, according to the government’s own documentation, do not address harm minimisation measures

“It’s not good enough for the state government to say that a little sign on the back of a dunny door in a pub is an effective harm minimisation strategy.”

In response to a question from Tasmanian Times, Wilkie supported research being done to assess the affects of the pokies shutdown on the rates of problem poker machine gambling.

“Absolutely, we need to learn from that, but what we don’t need to study any more is how to make the industry safer.”

“We studied all that to death, in fact in 2010 the Federal Productivity Commission brought out two volumes about this thick with a blueprint for gambling reform in this country. I know the government since then – not the the Gillard government ignore the Abbott government the Turnbull government of the Morrison government – none of them have had implemented that blueprint. The Gillard government to its credit did implement some changes and they were overturned by Tony Abbott as soon as he got into government.”