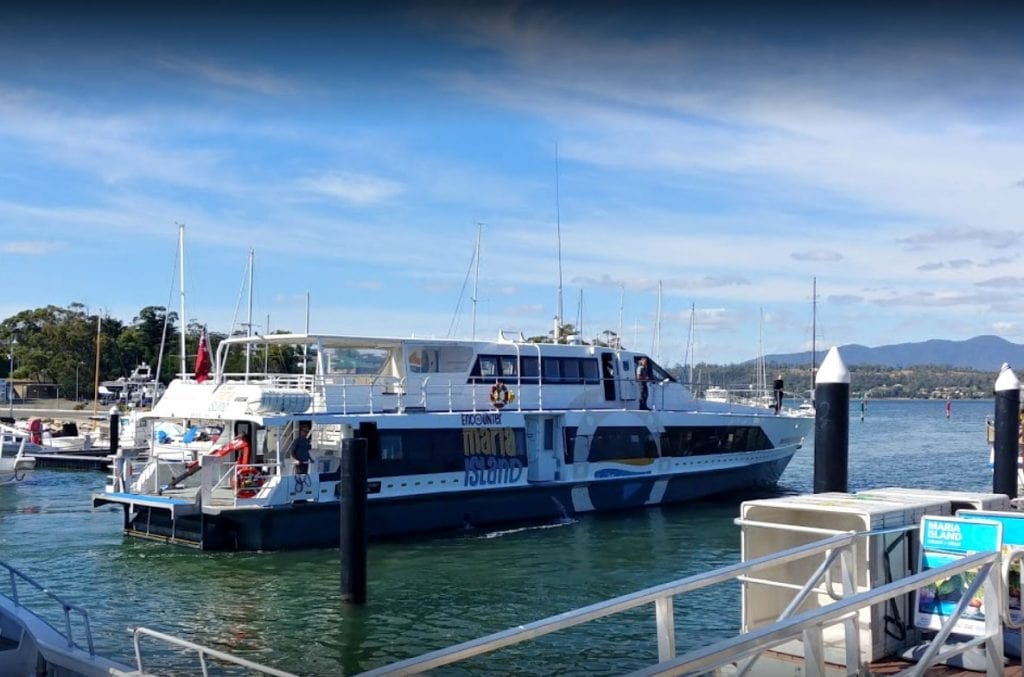 “Understandably, this decision has caused concern within the tourism industry in particular. Council recognises the impact of the decision on the local tourism industry, as well as the dedicated Centre staff,” she said.

“This is why there will be a five-month transition period for Council to work with staff and key stakeholders to understand the industry’s needs and expectations.”

A different story in the Huon Valley

The Visitor Information Centres in the Valley were failing financially long before COVID-19; they were even losing money well before the January 2019 bushfires. Their business model had high staff costs and not enough people coming in the door to generate commissions to get anywhere near a break even, let alone a profit.

Huonville comprised 6 part-time staff and Geeveston 1 full time and 3 part-time, for a total of 4.3 full time employees across both centres. The total salaries for the Visitor Information Centres were Huonville $259,439.03 and Geeveston $157,823.83.

Salaries were in excess of 85% of total expenses. This equates to an average annual salary of $97,000 per full-time staff member equivalent.

Most Visitor Information Centres in Tasmania lose money, but many also use volunteers to minimise their losses. The HVC have never been keen on volunteers. 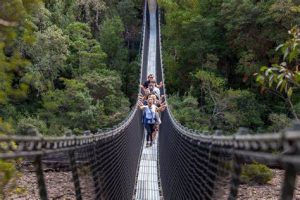 The more successful VIC’s Australia-wide are linked to a local attraction to be sure of getting more visitors in the door. Deloraine have a large team of volunteers for their VIC which is associated with the next door Museum.

Until the 2019 bushfires the Geeveston Visitor Information Centre was performing to expectations. Annual ticket sales for the Tahune Airwalk were reported to have been in excess of 80,000 tickets. At 15% commission of any VIC sales, this attraction catered well to their coffers.

The newly refurbished $1.24 million Huonville VIC was bleeding up to $45,000 per month. At the Ordinary Meeting of Council 29 April 2020 Council reported the two Centres were running at a budgeted deficit of approximately $310,905. According to Cr Mike Wilson, however, the total losses for the two centres were set to run over $500,000.*

The HVC staff provided Councillors with a report containing seven options into the ongoing fate of the two centres. The report stated:

“A commitment to the Centres beyond this financial year would enable more work to be done, and additional savings to be made.”

The report with the recommendations was noted and accepted with no round table Councillor discussion in open Council.  Following the open meeting, in a session of closed Council, there was however a discussion on the fate of the Centres.

Closed meetings are out of view of the interested community and the details will never see the light of day. It is a common theme of secrecy at the Huon Valley Council, despite the recommendations of the Board of Inquiry which followed the sacking of the previous Council in 2017. 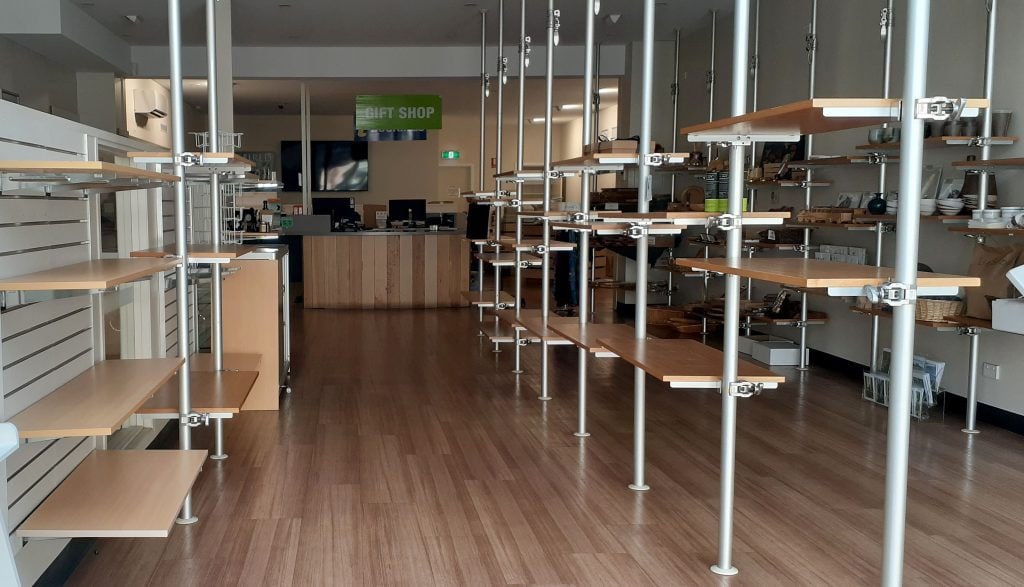 The winding up therefore came across as sudden:
“Council’s decision to no longer provide visitor information centre services will ensure that we can appropriately manage Council’s budget impacts of COVID-19, and continue to deliver the services our community really needs.”

It is a chicken and egg situation. During the Mayor Armstrong years (2001 – 2014), the HVC failed to support the successful ‘Huon Trail’ brand; they abolished the Tourism Officer position within their staff, and they slashed the tourism budget from $75,000 in 2003 down to only $20,000 today. The proactive marketing of the Huon Valley as a tourist destination was virtually abandoned. 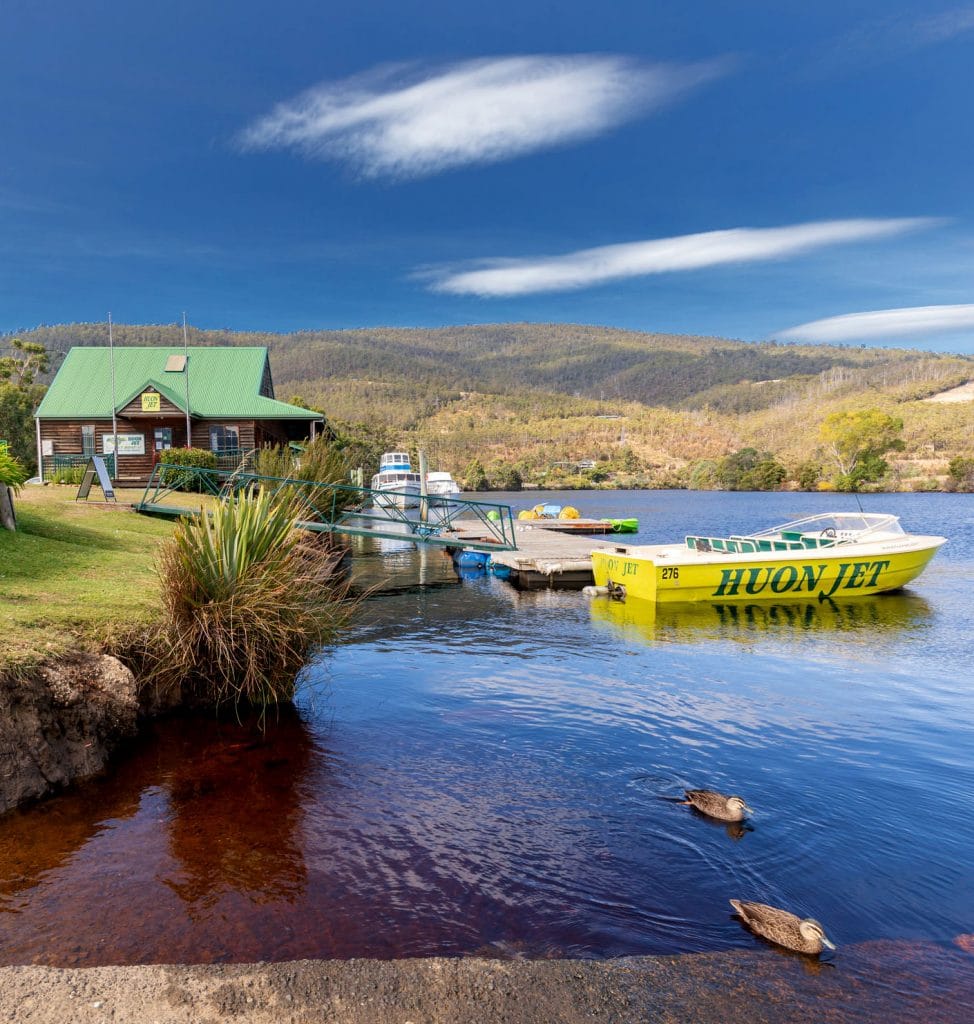 Most of this money now goes to Destination Southern Tasmania for membership, and a small amount towards social media advertising.

Around 1996 John Allport from Huon River Jet Boats provided an accredited information service that met all the requirements of the Tasmanian Visitor Information Network (TVIN).

For 16 years Allport provided this community service from within his Jet Boat business situated on the banks of the Huon River. Allport was also the President of the local Tourism Association for many years.

“Before I officially set up in 1996, providing information to tourists was a community thing. Businesses throughout the Valley loosely worked together in promoting each other’s offerings with brochure displays at their respective premises.

“It worked well. All the local businesses looked out for one another,” said Allport.

One day in 2011 Allport was visited by a HVC staff member who advised him they were considering opening their own Visitor Information Centre. Then in mid-November 2012 Council had an official opening at the Grove location, which is now The Honey Pot.

“Following the visit from a staffer in 2011 I never heard from Council again until they opened their own Council run VIC,” he said. “Strangely perhaps, I had only that week erected brand new banners from the TVIN and on that very same evening … they disappeared, never to be found.”

Following the opening of the Council VIC Allport was pestered by Council, in particular harassed by Cr Wilson to hand over the TVIN accreditation to the HVC.

“It just got too much for me and was taking away my focus on our day to day business,” said Allport. “It was just too much angst and too much hassle; so I gave in and relinquished my TVIN accreditation which would then allow Council to take it up.”

Reportedly when the HVC Visitor Information Centre was in operation at Grove, they were paying around $40,000 per year in rent with all up running costs of around $300,000 which included three staff. After income from commissions the Centre was losing $100,000 pa.

The Visitor Information services had moved overnight from a no cost model, to a ratepayer-funded business run by Council and losing $100,000 pa. 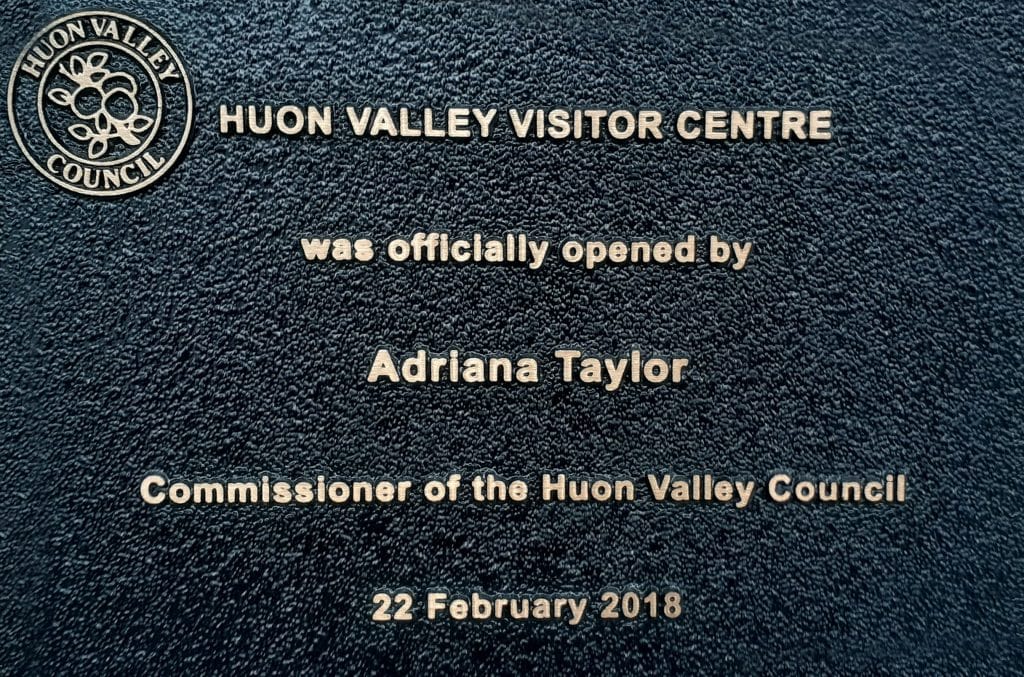 On 22 February 2018, Commissioner Adriana Taylor – caretaking following the previously sacked Council in 2017 – officially opened the new Visitor Information Centre in the former Blockbuster Video building in Main Street Huonville. This all happened without any community engagement.

This move soon saw the costs running at more than double the costs at Grove even though they owned the building. Under Taylor’s direction the HVC purchased the Blockbuster building for $500,000 and the attached land for $250,000.

During the 2018/2019 year the total combined revenue based on commissions, and sales of accommodation and attractions from the two Huon Valley centres was $568,000.

Alan Robson was the former Tourism Development Officer for Huon Valley and Kingborough Councils. His core role was to market the combined region under the Huon Trail touring route banner which was effectively abandoned under the Armstrong years.

“The newly refurbished Huonville outlet always looked more like a Council gift shop rather than a Visitor Information Centre.

There was much more emphasis on multiple tables of merchandise, rather than videos or displays on local attractions.”

When asked about the decision by Council to run their own VIC, he said:

“The decision to move to Grove had nothing to do with the viability of the Jet Boat operation on the Esplanade, as it was fully accredited, met all of the TVIN requirements, and in my experience, always received positive feedback from our visitors.” 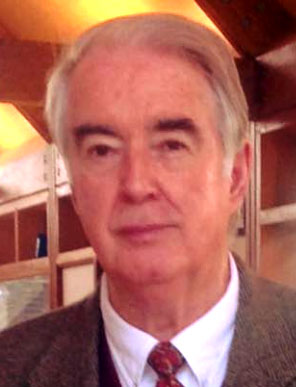 Robson was a Board member of the Geeveston centre for three years and advised that when the former ‘Forest & Heritage Centres’ were run by Forestry, it was always profitable, making good money from the Tahune Airwalk sales.

“The HVC system is highly inefficient, is riddled with excessive labour and other overhead costs. The Council reports and accounts show that every Council run business is losing lots of money,” he said.

“The Huonville VIC could have cut around $200,000 from costs, by using Volunteers, but Council staff refused to investigate the concept, and kept insisting that volunteers do not work,” said Robson.

Robson commented that  HVC also failed to look into the possibility of renting the upstairs mezzanine space to Parks & Wildlife, who rent just across the road. Parks were known to be receptive to the idea, but again the potential saving of around $50,000 pa was ignored by Council who chose to fill the space with their own staff instead.

“Those two measures alone, plus some decent marketing, could have brought Huonville close to being financially viable.”

The east coast region is a well patronised tourist destination for many reasons. Annually some $120.5 million tourist dollars is injected into the local economy providing 2,100 jobs for the region.**

In the Huon Valley, a $19,000 November 2019 report from consultant Dr Martin Farley confirms annual tourist dollars of $24m and 200 jobs. He goes on to suggest:

… if the Huon Valley was performing to the state average, it would be generating in the order of $75m and contributing approximately 600 jobs.***

Neither the Honey Pot nor the Huon River Jet Boats have been contacted by anyone from Council. They have both advised Tasmanian Times that they do have space available for rent and would be more than willing to enter discussions.

The Honey Pot on the way into Huonville from Hobart. Original HVC Visitor Information Centre location before relocating into Main Street. Image TT

* The $500,000 loss was information quoted by Cr Wilson in a statement published in the Huon Valley News. There appears to be no Council record of this figure. Cr Wilson is also the Project Manager of a new backpacker development which has put its hand up for taking on the Visitor Information Services in a private capacity. Cr Wilson is possibly involved in a conflict of interest as he did not disclose his interest or absent himself from the discussions during the Closed Session of Council.