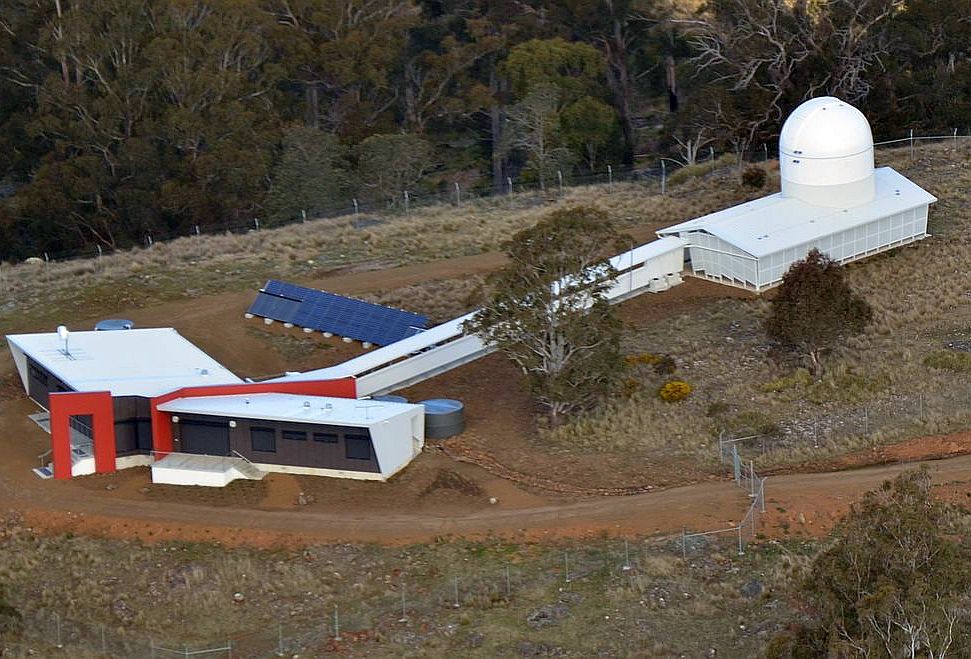 New antennae and a lens upgrade will improve the capacity of the Greenhill Observatory and open up new possibilities for space research.

The University of Tasmania will assume a greater role in the exploration and use of space with upgrades to its optical observatory.

The university is about to augment its space tracking capabilities thanks to a funding agreement with the Australian Space Agency that was formalised in November last year.

Part of the new capability will be established with the installation of two antennae at the university’s Greenhill Observatory, 70km north of Hobart at Bisdee Tier.

A 7m antenna will provide support for a broad range of satellites and operations from the observatory. A second dish between two and three metres in size will support Australian-made nanosatellites.

Nanosatellites, often in the form of small, modular ‘cubesats’ about the size of a loaf of bread, are used by academics and industry to monitor space, the environment and Earth’s upper atmosphere due to the relatively low cost of production and launch of such small devices.

“This MoU builds on a long and rich history of University of Tasmania involvement in international space missions,” Professor Simon Ellingsen, Acting Dean of the School of Natural Sciences, explains.

“With this Australian Space Agency-funded upgrade, we are looking forward to playing an even bigger role in the future supporting both Australian-led and international projects.”

Professor Ellingson said the university expects to announce the contract with the antennae manufacturer ‘within a matter of weeks’.

“The schedule of installation is uncertain with the current COVID-19 lockdown, but we expect to install the antennae later this year,” he said. 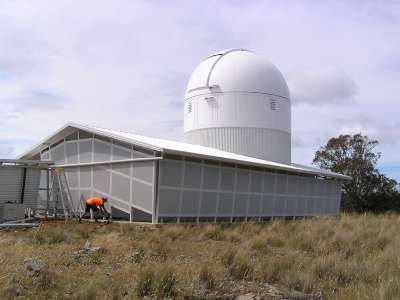 The Greenhill Observatory also provides onsite accommodation for visiting astronomers (travel restrictions permitting). It was one of four telescopes – the only one in the southern hemisphere – used by an international research team recently to map the magnetic fields in space within about 150 light-years of the Sun.

The observatory houses a 1.3 metre optical telescope whose original primary mirror is currently being replaced after an optical flaw was discovered that prevented it from being used to its full sensitivity.

The new mirror was created using an experimental manufacturing technique. It is supported on glass posts, with many gaps for airflow and weight reduction. “The rejuvenated telescope will soon be ready for another season of searching for exoplanets and monitoring the sky for powerful stellar explosions,” Associate Professor Andrew Cole said.

Despite the setback, the Greenhill Observatory has contributed to studies of Pluto’s atmosphere and the discovery of Earth-like planets orbiting other stars since being commissioned in 2013.

Greenhill is one of five observatories run by the university. Other radio telescope sites are at Cambridge, Ceduna in South Australia, Yarragadee in Western Australia, and Katherine in Northern Territory.

Researchers at the university led by Dr Guifré Molera Calvés are already in the process of of crunching the data from a joint exercise with the European VLNI network of telescopes in February that tracked the position of NASA’s Mars Insight lander.

The observations aimed to determine the measurements of the red planet’s rotation and nutation (variation in the tilt of its axis), and to study the liquid content of its core.

They also took part, in February, with Dutch radio astronomers in the tracking of NASA’s Mars Insight lander, which since its touchdown in November 2018 has been exploring the Red Planet’s ‘inner space’ – its crust, mantle and core.

Tasmania is advantageously situated for radio astronomy observations in particular. Interference from man-made sources is relatively low and the ionosphere is thinner, allowing lower frequency celestial radiation to reach the earth.

These advantages attracted the founding father of radio astronomy, Grote Reber, to spend most of his research career in southern Tasmania, from 1954 onwards. His life and work is now commemorated in the Grote Reber Museum, part of the Mt Pleasant observatory complex.

But the history of European astronomy in Tasmania dates back much further. It began in 1840 when Sir John and Lady Jane Franklin established an observatory in what are now the grounds of Government House.