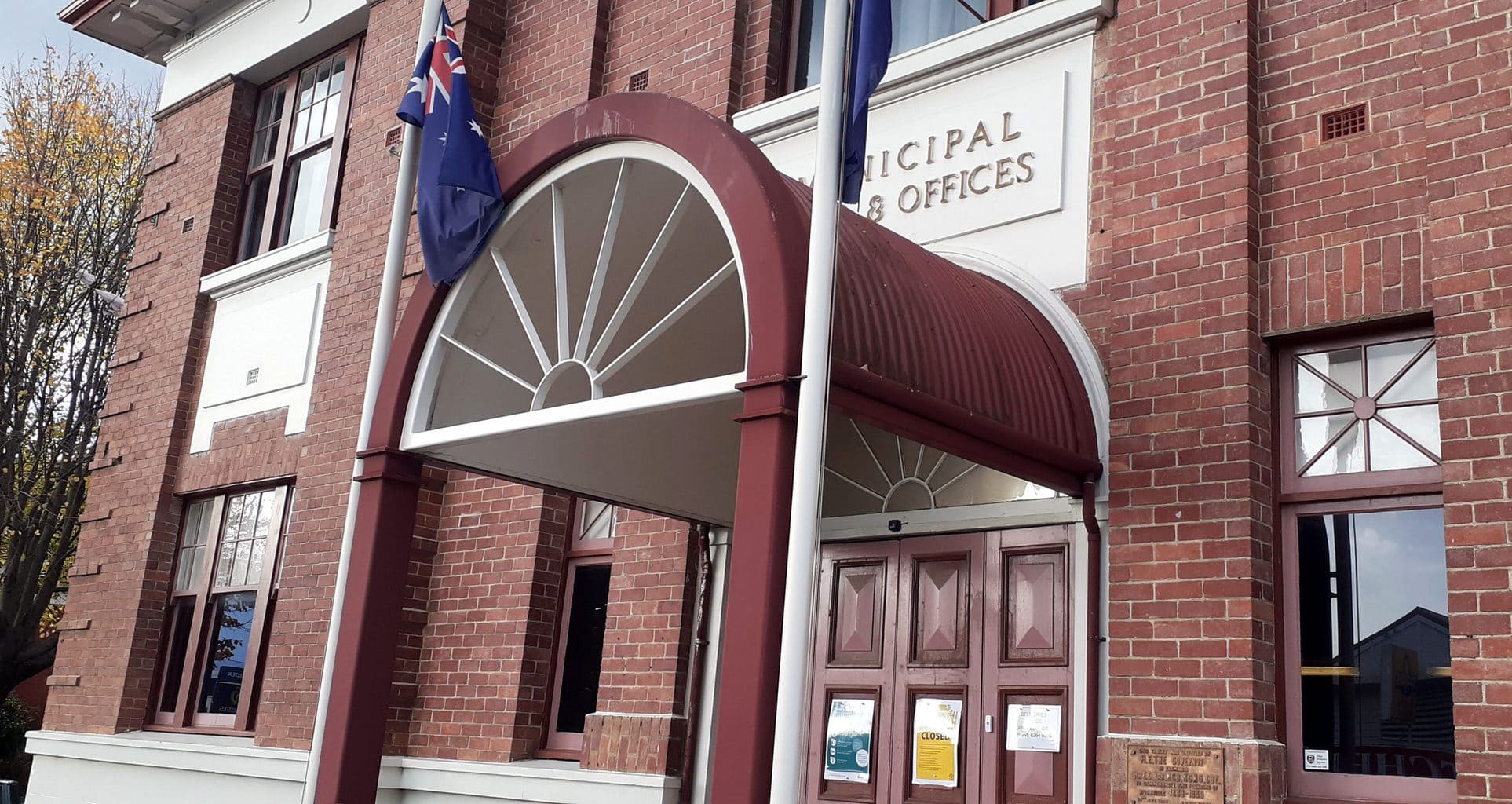 Recent events raise questions about the relationship between the Huon Valley Council and the fish farming industry.

On 7 October 2019, the Legislative Council Government Administration Committee ‘A’ Inquiry into Fin Fish Farming in Tasmania invited the General Manager of the Huon Valley Council to participate in the Inquiry with submissions due by close of business on 29 November 2019.

On the same day, General Manager Emilio Reale wrote to a staff member in the Environment & Development Services department, saying “I think we should make a submission based on the complaints we have had from Mr Swan and the Russell River.”

Then followed an email reply to the General Manager. “Yes, we have had quite a lot of dealings relating to environmental harm, which is mentioned. We also get a lot of informal comments regarding the impact of leases on visual amenity and noise complaints. I can prepare a draft submission for everyone to comment on, we have until 29 November.”

At 12.50pm on the 29 November, a two page document, which included input from the department Director Luke Chui, was forwarded to the General Manager which he acknowledged as “Great work.”

At 14.02pm the submission, with no further change, was emailed to the Fin Fish secretariat. *

On 20 January 2020 Hon. Megg Webb MLC, Chair of the Inquiry, invited the Huon Valley Council to provide a verbal submission in February if it had further to add. Internally within the Council there was an agreement to accept this invitation, and 11 February 2020 it was pencilled into the diary.

Then all hell broke loose …

“I don’t believe I am understating that the content of the written submission is damaging to the relationship between Council and our local industries, business confidence and economic investment in the Huon Valley. Government will also consider our actions and responses from this point forward; Senator The Hon Jonathon Duniam is the Assistant Minister for Forestry and Fisheries and The Hon Guy Barnett for Minister for Primary Industries and Water.

“With the assistance of Huon Aquaculture, I believe that before the end of the week, every big business in the Huon Valley will have knowledge of Council’s written submission.

“We now have a major situation on our hands.

We need to prepare ourselves for broken relationships and respond quickly should the media contact us, and all the downstream businesses associated with aquaculture, community and businesses that are supportive of this industry. Council’s written submission provides the ammunition to anti-aquaculture campaigners.

No other Council made a submission and I doubt would have been so careless if they did.

“This would have to be the most serious issue that has come to my desk since I have been the Mayor.”

At 5.13pm the same day, Mayor Enders confirmed in an email to the Chair, Meg Webb, her request to have the submission removed from the Fin Fish website.

“Thank you for taking my call today and assisting me in the removal of HVC’s submission.

“I am writing to confirm that the submission you received has not been approved by Council. Meaning it has not been authorized (sic) by the elected Council.

“Please delete our submission description #78 from the listing.

“I look forward to hearing from you and receiving details of the person that sent the submission to the secretariat.”

On 3 February 2020, Mayor Enders became aware of the verbal presentation of 11 February and instructed the council’s General Manager to cancel its involvement.

According to Political Editor, David Killick, in the The Mercury on 26 February 2020, Frances Bender emailed two Councillors saying she was ‘disgusted’. **

“Sorry but this is the last straw for me. Pathetic inaccurate negatively biased attempt. No support of the most important industry in the Valley,” she said. “My efforts in this community of trying to help this Council ceased today!”

According to the Mercury article, Greens Candidate for the Huon, Pat Caruana, said the sequence of events was troubling.

“Huon Aquaculture appears to be trying to stifle even mild, fair, factual comments about the impacts of salmon farming on the environment and people of southern Tasmania,” he said.

Mayor Enders responded to a public question at the 26 February Ordinary Meeting of Council that night. She said “I was not aware of Frances Bender’s concerns. It was brought to my attention that it was on the website by a fellow Councillor. My concern was that the submission wasn’t reflective of a Council decision.

This timeline of events now begs the following questions:

1. Why did the Huon Valley Council leave such an important document to the last possible hour?

2. Why did the General Manager and Director, to include the Director of Legal and Governance who was also copied into the email trail, not consider this submission should be the subject of full discussion with the elected Councillors?

3. Once the Mayor first learned of the submission, why did she not then instruct Council to immediately develop a more comprehensive submission, and to take up the opportunity to attend a verbal presentation before the Inquiry?

4. Why is the Huon Valley Council not representing the community in such an important Inquiry, given there have been numerous complaints and issues recorded about the Aquaculture industry in the Huon Valley?

5. What influence and power does Frances Bender, the head of the Huon Aquaculture Company, really have over our Councillors and the Council?

* Right to information documentation does not provide any evidence of the Huon Valley Council submission as being circulated between staff, management or any Councillors until the closing day of 29 November 2019.

** Right to information documentation does not provide any evidence of any emails from Frances Bender to any Councillors or management.

Background to Fin Fish Inquiries in Tasmania since 2015

In March 2015, a leaked email dated 19 September 2014, was tabled in the Tasmanian parliament. This email, sent by the heads of two of the three major Tasmanian salmon farming companies, Peter Bender, managing director of Huon Aquaculture, and Mark Porter, chief executive officer of Petuna, was addressed to the Premier, the Minister for Primary Industries and Water, and a number of senior bureaucrats within the Tasmanian Government.

Huon and Petuna alleged that the third major salmon farming company in Tasmania, Tassal, was about to breach the biomass cap in Macquarie Harbour and that the Tasmanian regulator, the EPA, was engaged in ‘disingenuous and misleading’ conduct, and that this was putting at risk both the health of waterways and the future of the industry.

On 24 March 2015, a Senate inquiry into the Regulation of the fin-fish aquaculture industry in Tasmania was initiated, and a 160 page report was published five months later. 102 submissions were received and 22 public hearings were held over two days in Hobart. 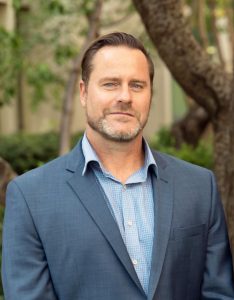 In their 21 August 2015 report, the Senators stated that they opposed the inquiry as it was concerned it could be used as a platform for anti-industry attacks. They also expressed their disappointment that despite clear evidence of appropriate systems and regulations in place for the fin-fish industry (in their view) the industry had been obliged to expend further resources defending its environmental record during the inquiry.

The Australian Greens provided a dissenting report which is a blueprint with 28 recommendations of what they felt the industry needed in order to restore public confidence, to have a social licence and to operate independently.

When the Senate inquiry occurred, Senator Whish-Wilson was not able to compel the CEOs to attend because Labor was chairing the committee, not the Greens.

According to Whish-Wilson, “They appeared to all be on one page, said everything was fine and that the email was a point-in-time correspondence.”

Not long after the Senate inquiry, the salmon companies essentially went to war, and to Court.

“Literally none of those recommendations have been implemented. One or two of them have in a half-cocked way and I have personally lost faith that this industry can be properly regulated by the government as they stand.”

To many in our communities the inquiry was considered a sham.

On 16 September 2019, the Legislative Council Government Administration Committee ‘A’ resolved to commence an inquiry into finfish farming in Tasmania.

The purpose of the current Tasmanian inquiry is to consider state government involvement in the regulation of the Tasmanian salmon industry, as opposed the Senate inquiry which considered the Federal legislation. Such an inquiry fits well within the remit of the Legislative Council Government Administration Committee A, particularly as a State level inquiry of this nature has not been undertaken before.

The Sub-Committee also notes that a significant number of changes have occurred at a state-level since the 2014 Senate Inquiry, making this current inquiry quite timely. 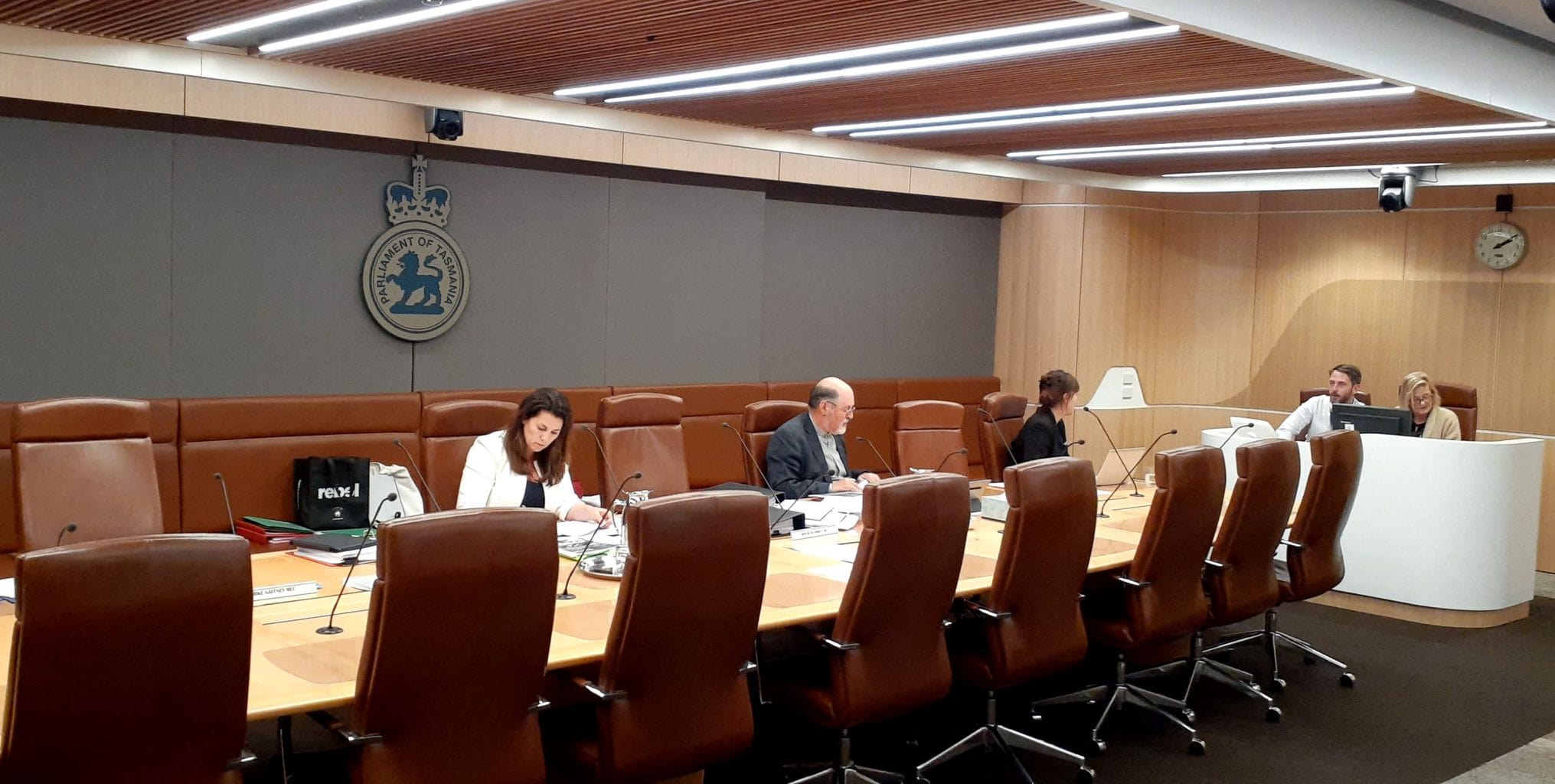 The committee consists of Meg Webb MLC (Chair), Ruth Forrest MLC (Deputy Chair), Kerry Finch MLC, Mike Gaffney MLC and Rob Valentine MLC. All five members of this committee are independent members of parliament, something which augurs well for a non-political outcome. The Terms of Reference for the Inquiry are:

To inquire into and report upon the planning, assessment, operation and regulation of finfish farming in Tasmania, with particular reference the implementation of a Sustainable Industry Growth Plan for the salmon industry and its impact on commercial finfish farming operations and local communities.

There have been 224 written submissions provided to this inquiry, and as of 1 April 2020 there have been 30 witnesses providing verbal evidence under oath to the committee.

Due to the impacts of COVID-19, the Sub-Committee has suspended the public hearings process and the site visits, and is currently focused on administrative tasks relating to the Inquiry until it is appropriate to resume parliamentary activities of a public nature.

Since 2009, Geoffrey Swan has been campaigning to save the once pristine Russell River in Lonnavale from ongoing pollution emanating from the Huon Aquaculture Hatchery, a fish farm.

Swan provided a submission to the Senate Inquiry in 2016, and another to the current Fin Fish Inquiry. Swan also provided verbal evidence to both Inquiries. He continues to bring attention to the ongoing environmental damage to the Russell River, damage which has finally been confirmed as attributed to the Huon Aquaculture Hatchery.