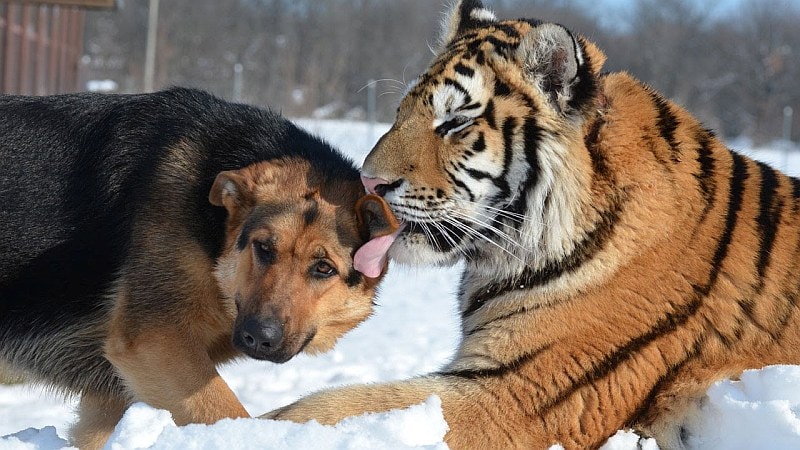 Following reports of a tiger becoming infected with COVID-19, Australian experts discuss the likelihood that cats and other pets might be a risk for transmitting coronavirus.

“Today there are reports of Malayan tigers and African lions in the Bronx Zoo infected with SARS-CoV-2, the virus that causes COVID-19, as a result of an interaction with an infected carer.

The small number of animals that have tested positive for SARS-CoV-2 are not involved in the spread of infection in humans.

Globally, there have been two cats and two dogs that have tested positive for SARS-CoV-2. These pets were living with infected human owners and the timing of the positive result demonstrates human-to-animal transfer. Virus culture on these pets was negative, meaning that an active virus was not present.

This is on a backdrop of many thousands of negative tests in cats, dogs and horses performed by IDEXX laboratories from COVID-19 active areas in across North America, South Korea and Europe.

If we are going to stop this pandemic we need to take social distancing seriously – that includes all household members, humans and pets. Despite the absence of any evidence to support the transmission from animals to humans, it’s a smart measure to isolate your whole family. If a member of the household becomes sick with COVID-19, they should be isolated from all members of the household, pets included.”

Gilles Guillemin is a Professor of Neuroscience at Macquarie University. He has worked on several types of viruses, including coronaviruses. He is the lead scientist of the PANDIS consortium, a large project studying the impact of microorganisms on human health.

Are cats and other pets likely to be able to spread coronavirus?

“Feline Coronavirus (FCoV) is a common viral infection in cats. The feline coronavirus exists in two forms: one causes mild gastrointestinal disease and the other causes a highly fatal disease known as Feline Infectious Peritonitis (FIP). FCoV is genetically very different to SARS-CoV-2. This means that as long as the correct test was run on feline, it should be easy to differentiate between the two types of viruses.

Researchers at Harbin Veterinary Research Institute (China) found that cats are not only susceptible to contracting COVID-19 but can pass it on to their furry friends as well.

A cat in Belgium has tested positive for the coronavirus after catching the potentially deadly bug from an infected owner, officials said last Friday.

In USA, DEXX Laboratories, a leader in veterinary diagnostics, announced in March that the company could not find any SARS-CoV-2 positive results in 1000s of dogs and cats tested to date.”

Can we catch it from them?

“There is no direct evidence that cats would be able to infect people. The World Health Organisation insists that there is “no evidence that a dog, cat or any pet can transmit COVID-19” to humans.

There have been reports of a small number of pets becoming infected after close contact with contagious people, including a Hong Kong dog that tested positive for a low level of the pathogen in February and early March. Hong Kong agriculture authorities concluded that pet dogs and cats couldn’t pass the virus to human beings but could test positive if exposed by their owners.

Previous studies of SARS-CoV, the related coronavirus that causes severe acute respiratory syndrome (SARS), showed that cats can be infected and pass it on to other cats (Martina, Nature 2003). But there was no indication during the SARS pandemic that SARS-CoV became widespread in-house cats or was transmitted from cats to humans.

Should we avoid patting other peoples dogs in parks?

“SARS-CoV-2 replicates poorly in dogs, pigs, chickens and ducks, but efficiently in ferrets and cats. Two dogs in Hong Kong, a Pomeranian and a German shepherd, tested positive for a low level of COVID-19 in February and early March.” 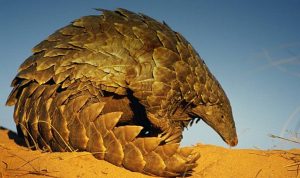 “Ferrets are highly susceptible to infection with the COVID-19 coronavirus, which they suggest makes the animals a suitable model for testing potential vaccines and drugs. Ferrets are already used as models in influenza studies, and several labs have started COVID-19 research on them.

Yesterday (Sunday 5 April), a Malayan tiger is the first known case of a non-domesticated animal with COVID-19 symptoms and is one of seven sick tigers at the New York Zoo in the USA. The animal likely contracted the coronavirus from an infected and still asymptomatic zookeeper.

Pangolins are known to carry a variety of coronaviruses and the Sunda pangolins, native to Southeast Asia, have been found to carry a strain of the virus that’s 92.4 per cent genetically similar to COVID-19.

People in contact with primates such as zookeepers, scientists and pet owners have to be extra careful. Especially great apes may be particularly susceptible to COVID-19 as they are genetically very close to human and so can easily catch respiratory illnesses from humans.”

Do animals get sick with COVID-19 like we do?

Could it further mutate in animals and create second novel coronavirus outbreak?

“While there is some evidence that cats can be infected, they do not appear to transmit the virus efficiently to other cats. On the limited information available, dogs appear to be resistant to infection. People appear to pose more risk to their pets than they do to us.”