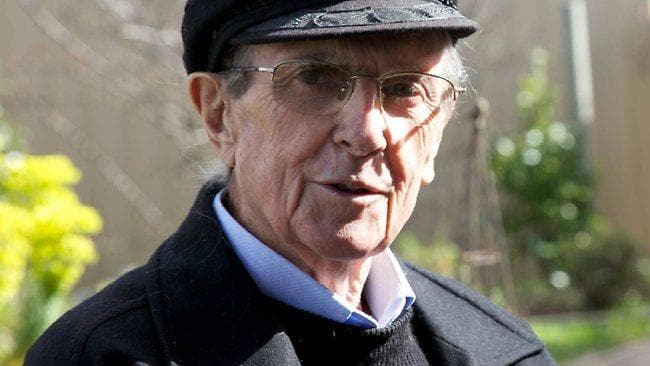 The Boys in the Island, published in 1958, is the debut novel of Tasmanian author Christopher Koch.

The novel tells the story of a young Tasmanian, Francis Cullen. Outwardly, he’s a normal kid. But inside, his life is dominated by dreams of a place he calls ‘the Otherland’, which is a transfigured world beyond the real one.

During his childhood, he sees the Otherland in Tasmanian landscapes. When he develops romantic feelings for a girl named Heather, his perception of the Otherland becomes centralised around her.

Francis and Heather have a relationship, but it doesn’t last. After the break-up, Francis gradually comes under the influence of Lewie Mathews. Lewie’s ambition is to become a criminal, which he strongly encourages Francis to become as well. The location of the Otherland is then seen by Francis as being the mainland of Australia, where what he and Lewie perceive as an exciting life of wildness and crime beckons. 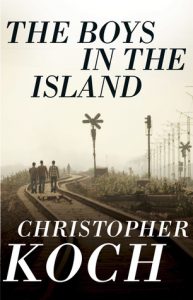 Francis, Lewie, and one of their friends eventually leave Tasmania to pursue this life in Melbourne. But Francis very quickly discovers that it is not what he thought it would be, and so his dream of the Otherland begins to crumble. The dream is then totally destroyed in a disastrous climax of destruction, which forces him to return to Tasmania.

The Otherland is a complete misconception made by Francis. It’s also been made by other Tasmanians, including Koch himself. In his 1987 book, Crossing the Gap: A Novelist’s Essays, Koch says that Tasmanians used to be ‘victims […] of a colonial state of mind – always seeking other landscapes in our own’. Basically, the Otherland is a landscape that Francis seeks first in Tasmania, then on the mainland. He is totally determined to find it.

The themes of The Boys in the Island resemble those in William Wordsworth’s 1804 poem ‘Intimations of Immortality’. It describes the visions that are seen in childhood which are permanently lost by the time adulthood arrives.

Koch uses very poetic language throughout the novel. Memorable passages in the novel include this one:

[The house’s] iron roof winked in the evening sun which was turning the dry grass gold, and which picked out a line of match-thin phone poles, marching to a place the boy could only breathe on the wind.

I hold The Boys in the Island in high regard, but it may not be everyone’s cup of tea. It’s set in the 1950s, the decade it was published in. It’s very much a reflection of its time. Some people may be thrown by this if and when they read the novel. The world in the ‘50s was obviously different to the one today. Various attitudes and accepted moral standards have changed dramatically, and the Australian slang of that era has faded away.

Having said this, I strongly urge people to still give it a chance. 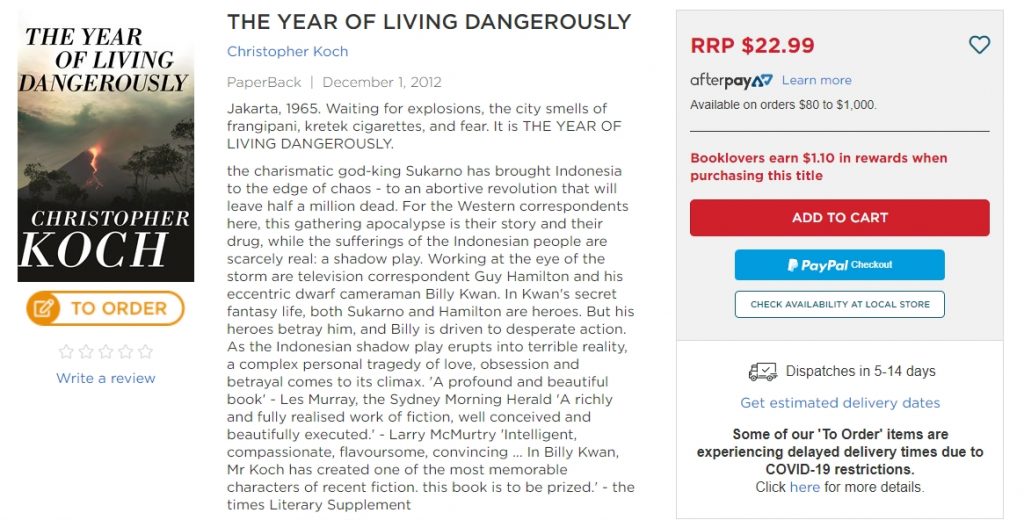