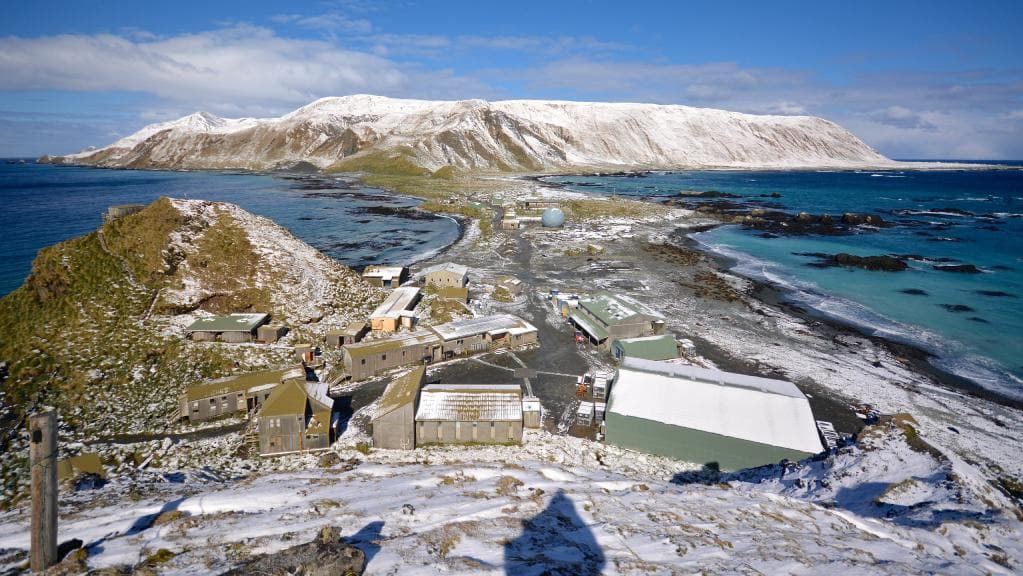 Macquarie Island was discovered in 1810 by a sealer named Frederick Hasselburg. He found it by accident while searching for new sealing grounds.

It lies 1552 kilometres south-east of Hobart. 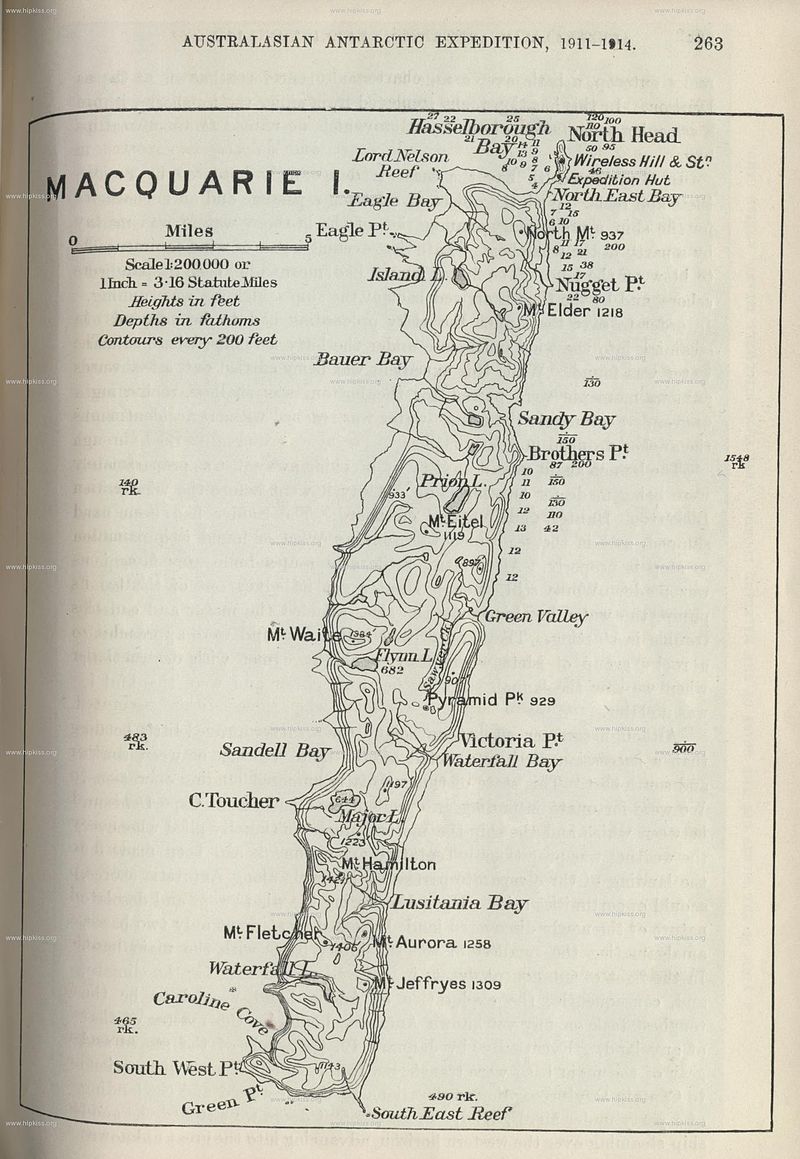 A contour map of Macquarie Island

The island was claimed for Britain, and it was then annexed to New South Wales.

In 1880, Macquarie Island was made part of Tasmania when Letters Patent were issued to establish the office of Governor of Tasmania. In 1889–90, New Zealand’s government tried unsuccessfully to annex the island because most early exploitation and scientific interest in the island was by New Zealand. 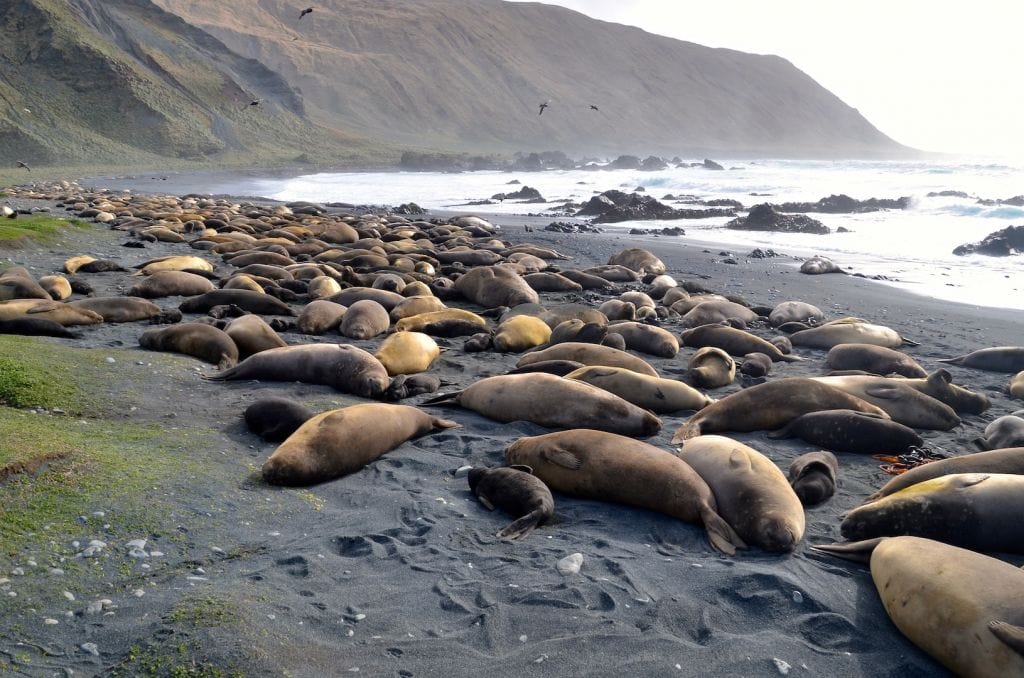 Macquarie Island was used for sealing between 1810 and 1919. 144 vessel visits occurred during this time. 12 of these were cut short when the vessel became wrecked.

Various buildings and items from sealing era remain on the island. 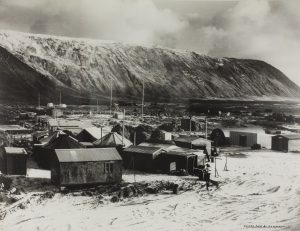 The Macquarie Island research station in 1953

In 1947, the Australian National Antarctic Research Expeditions (ANARE) established a continuously-occupied research station on the island. The station has since become an important observatory site and is generally resupplied from Hobart.

The island was declared a wildlife sanctuary in 1933. In 1977, it was declared a Biosphere Reserve in the UNESCO Man and the Biosphere Programme, but it was withdrawn in 2011. It was added to the World Heritage List in 1997 primarily because of geology – its unique 9 million-year-old ocean sea-floor – rather than its wildlife.

At the Royal Hobart Botanical Gardens, there is a sub-Antarctic plant house. It displays plants from sub-Antarctic islands in high southern latitudes (Macquarie Island included) in a climatically-controlled environment. The interior walls of the house are painted with a mural of the various environments of Macquarie Island. The landscape has been recreated using plants, mosses, and rocks collected from the island.