A team of archaeologists has begun investigating an area adjacent to the iconic Penitentiary at the Port Arthur Historic Site.

The team will be excavating the site of the former convict-period workshops, as part of a collaborative project between the Port Arthur Historic Site Management Authority (PAHSMA) and Dr Richard Tuffin, Postdoctoral Research Fellow from the University of New England.

“These workshops were integral to the operation of the Port Arthur penal station (1830-77), a large and important centre of convict incarceration in Van Diemen’s Land (Tasmania, Australia).” said Dr Tuffin.

“Over the years since the site was given up as a penal station in 1877, there has been a lot of activity that has impacted the integrity of the convict-period structures and deposits. Everything from salvage to bushfires and the erection of new buildings have all had an impact. This means that the first stage of the excavation involves the use of an excavator, which carefully removes the upper layer of topsoil to expose the features and deposits beneath. After that, we use hand tools for the rest of the excavation”

The investigations starting this month will continue until November and are the latest in a suite of archaeological investigations that have taken place in and around the Penitentiary precinct since 2013. 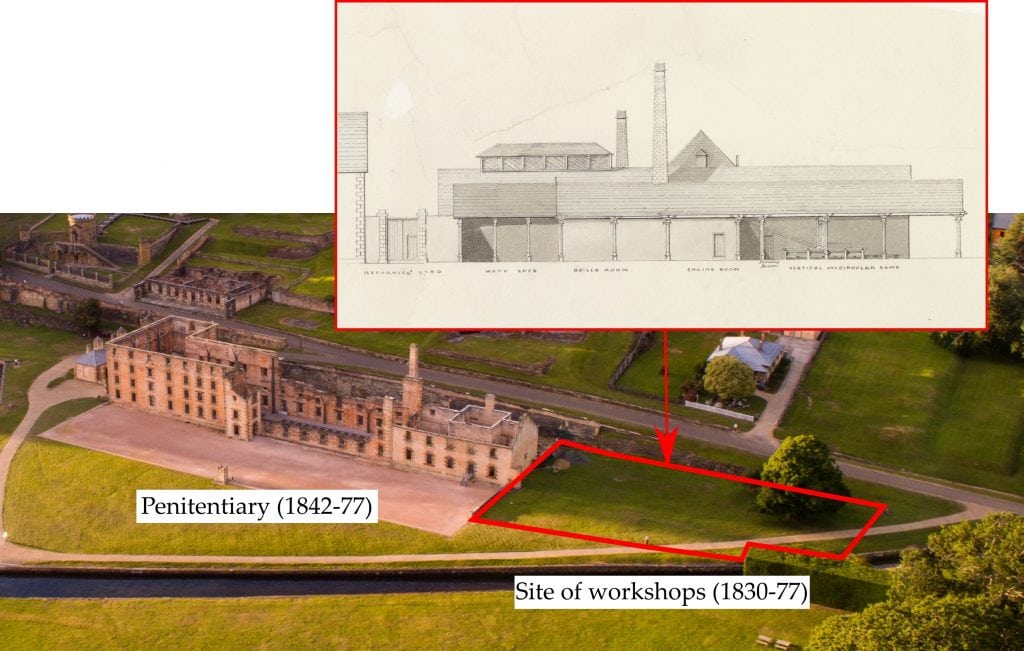 PAHSMA Archaeology Manager Dr David Roe explained that “each of the previous excavations have told us new things about how the site evolved, how convicts were managed and how they reacted to this management. We’re sure that this new investigation of the workshops will add to this new knowledge, particularly by helping us to understand how convict labour was used in industrial production and what were the processes and products of their work.”

The archaeological investigations at Port Arthur are also part of a wider and ongoing research project looking at the important role that labour played in the Australian convict system through a large Australian Research Council project Landscapes of Production and Punishment: the Tasman Peninsula 1830-1877. This collaborative project has involved researchers from UNE, PAHSMA, the University of Tasmania and the University of Liverpool (UK) using archaeological and historical evidence to examine how landscape and space affected the labour experience of convicts incarcerated at a number of stations – Port Arthur included. 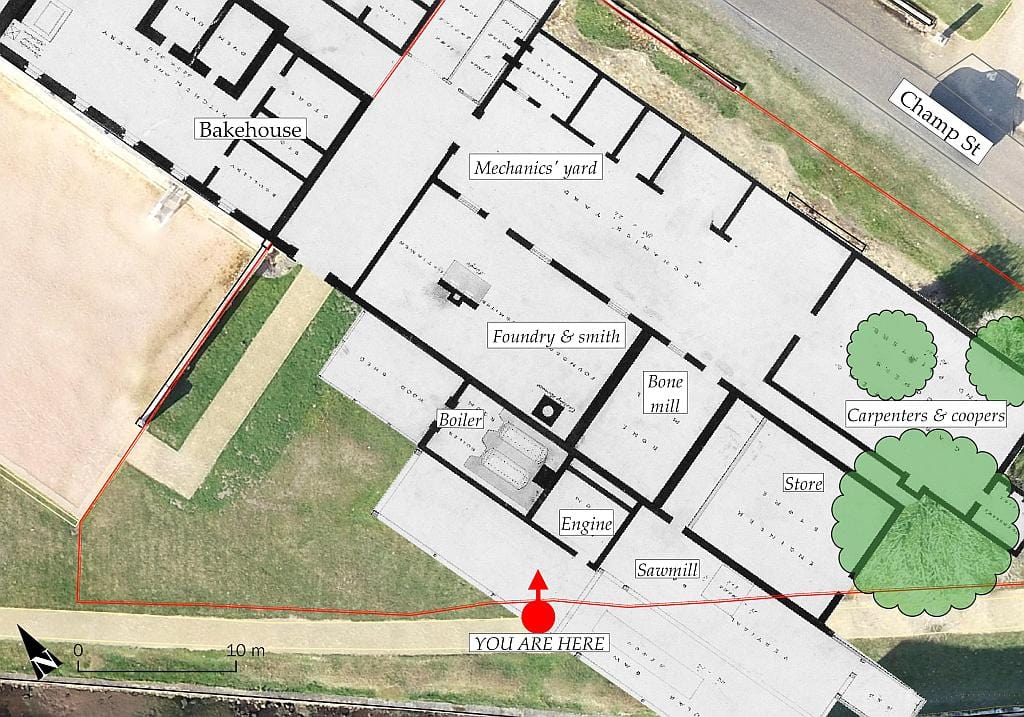