Ever since the early days of conservation efforts against the building of dams, mines and forestry lots, the forests of Tasmania and the greater Tasmanian conservation scene has held a particularly high pedestal in the environmentalist and activist meta-narratives. Often a lot is made of protecting these forests against corporate giants and greedy governments or whatever they attribute to those who seek to clear or privatise these places for gain. 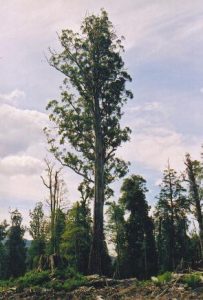 The politics of all this business are over-discussed and tedious; to the activist on either side, they may find some temporal joy discussing and protesting the various on goings of worldly affairs. However, as someone who looks inwardly at this affair in an apolitical manner, I have made a few observations regarding these forests, which I intend as food for thought for those who engage themselves in these debates.

The affairs of mankind go ever onward, things pass and go. What was once protested will one day seem irrelevant, what is now irrelevant will one day be of chief importance. The debates regarding these forests are no exception; perhaps they will all be destroyed and as generations go by, they will become nothing but distant shadows of the past to the future generations who have lost out. Maybe, the industries which demand the resources or space of the forests will fade out of demand for something else or perhaps some seismic effort will cause us to abandon the regions where these forests abide. All of these are unlikely scenarios. Rather things will likely remain as they are for a very long time, though one cannot know.

Much is often made of protecting these forests by increasing tourism demand to these regions. This is an admirable effort which seeks to balance utilising these forests as resources whilst still protecting them. However, an onslaught of you’re general ‘mass man’ tourists (to use a Kierkegaardian term) will of course also cause some minimal damage. The average tourist will seek after beautiful places for self-gain and image – many waterfalls in Tasmania have been degraded by these tourists climbing all over them, vying for the perfect photo.

Some of course, wish to hide these beautiful places from the world in order to protect them, this however, is done with selfish motive. Often us locals ourselves look with disgust as tourists climb over and degrade our natural beauties. This is merely, because we ourselves want to be the one climbing over these places and it is us who do not mind degrading them as long as it is slow enough for us to appreciate them first.

I myself am naturally inclined to be a part of this last group of locals, however, I struggle against this reality. I love the wilds of northern Tasmania and often spend my weekends amongst the forests, falls and fells of our beautiful region. The problem with all the various protestors and politicians is that they fail to look beyond their modernist post-enlightenment mindset and appreciate the beauty of these realms as they are.

Before the gross and unjustified over rationalism of the natural order, men in the west saw the natural order as a witness to the unseen power of the Creator and men were regarded as stewards of this creation. In the Genesis creation account, humankind is regarded as the gardeners of the earth, who actively keep the beauty of the earth. Humans are cast out of the supreme garden at Eden as they sought to corrupt the natural laws set in place by the Creator. Since then, so the biblical narrative articulates, mankind has been an infringer on what was intended for his own gain. 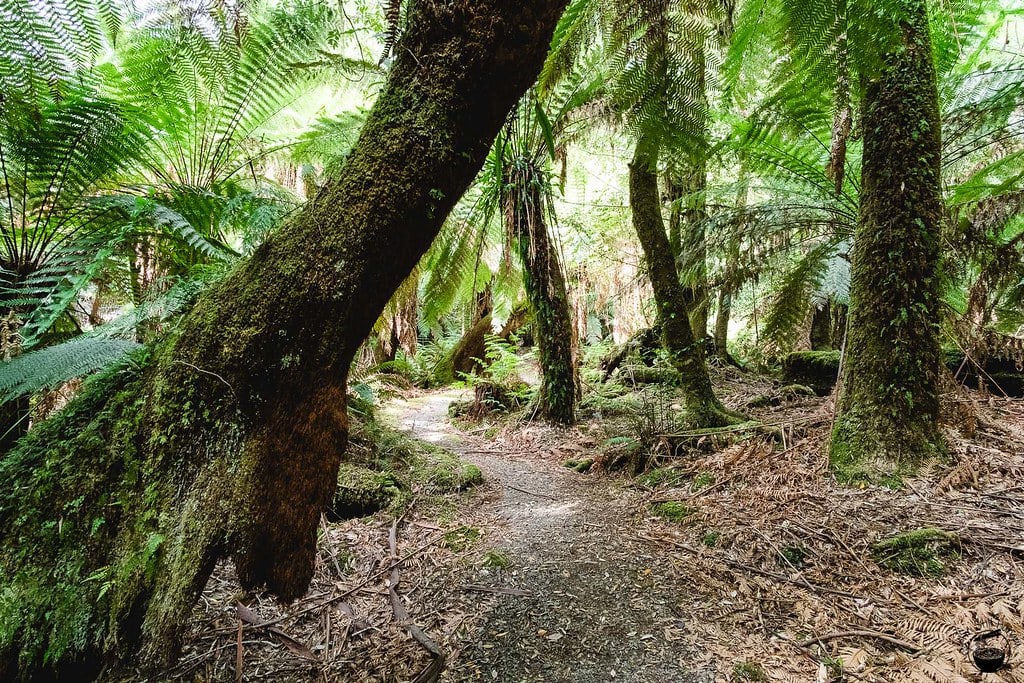 In the vast annals of the Enlightenment, these values are but a shadow and a dream. The vast majority of modern protestors still live a life of material abundance as a result of modern man’s radical program of resource extraction. Often these protestors with much apparent free time are contrasted with the humble working man who seeks the commercialisation of these places so he can have a secure income. Either wealth or spiritual detachment are at the heart of the matter.

I was recently walking among the native myrtles which surround St. Valentines Peak, the forest which inspired me to write this piece. Not because it is the most beautiful of these native forests, but because it contrasts starkly with the unpleasant forestry plots and open cut mines of Guildford. On the ascension from the mountain I set myself a goal, I tried to detach myself and appreciate these forests for what they were once understood for, not as they are looked at now.

‘The forest’ in archetypal literature and mythology has always had romantic connotations – it is a frontier that is hard to cross and navigate; a home to various mysterious creatures both malevolent and kind; a place of witches, thieves, trolls and wizards. Ultimately the forest is a barrier to the world of knowledge, reason and civilisation, it is a home to things which exist on the fringe of man’s understanding.

In today’s world – wherever you may be – a forest is merely regarded as something along the lines of ‘a valuable eco system’ or ‘heritage site.’ These names, though right in their assertions, strip the life out of the place. The bright green moss, crooked wind-hewn trees, massive fungi and giant girthy gums of the Tasmanian wilderness are particularly alien in the way they present themselves. Once these would have been regarded as surreal works of art emanating from the Creator. Now they are nothing more then valuable heritage sites.

Therefore, before anything can change in the world their must be first a moral and spiritual transformation, not a hypocritical guise of care which most on the left side hold to, nor a greedy and uncompassionate hunt for wealth which is perpetrated by most of the right. We must first seek the Creator before the created in all things and everything else that is good will follow.

Titus De Ridefort is a young local in the north-west of Tasmania. He spends much of his free time exploring the wilderness regions of Tasmania, designing stylised maps of local regions and occasionally writing reflective pieces on topics which concern our regions. Titus is also a casual musician, producing music in niche ambient genres partly inspired by the Tasmanian wilderness.