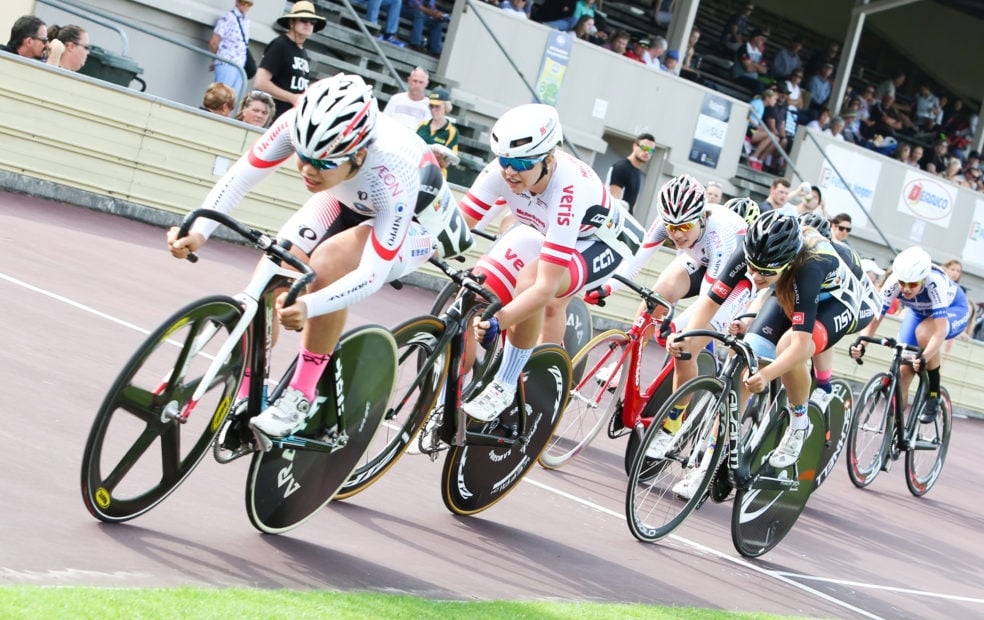 Tasmanians will again be able to see some of the state’s best athletes compete against interstate adversaries and international rivals at the summer carnival series. Cycling, running and woodchopping are of course the feature sports.

Carnivals are a special part of the summer calendar in Tasmania and thousands of spectators are expected to attend the exciting events right across the State. The oldest event of the series, the Burnie carnival, features the iconic Burnie Gift sprints for men and women at around 7.40 in the evening of 31 January. Several world championships in woodchopping are contested at the carnivals.

An important initiative by the Burnie Athletic Club this year was to equalise prize money for men and women.

The event programs vary according to the venue. Please check the SCAT website for the latest information.

Results of events when available are posted here.

The powerhouse Tasmanian was the first to turn on the big log, with New Zealander Jack Jordan moments behind. “The timber was pretty hard today and we were all getting tired towards the end. It was great to get the win again though,” Steers said.

On the back end of the log, Jordan broke the axe he was using and was unable to get back into contention.  Ironically, Steers had lent him the axe and received it back in pieces.

Logan James won the open mixed MMG Rosebery Gift off 6.75m from Melbourne engineer Callum James. James’ sister Lily held onto the lead until the dying stages before being swamped for fourth.

“I feel amazing because the summer carnival series have been a part of my family for a number of years,” James said. “My nan is the chief commissaire in the cycling and my family has been involved forever. My sister was also in the final today she nearly won it, what a day.”

Michael Briggs was victorious in the Tasmanian Singles Rock Drilling Championship.  The unique sport is a highlight of the annual carnival and Briggs of Western Australian chewed through the concrete cylinder quicker than all the locals, thus claiming the $1000 first prize. The din from the drills was constant throughout the day, with earplugs a must close to the huge machines.

On the cycling track Jacob Langham showed a newfound turn of speed to take the MMG Rosebery Wheel over 2000m. Better known as a road rider, he stormed home in a three-way sprint to take the $1000 first prize off 120m. “That was my first big carnival win,” Langham said excitedly. “It sets the rest of the series up well for me.”

In the women’s race, Suzanne Strates dominated from the middle mark of 120m.  Backmarker Amalia Langham made every effort to get to the front and push the pace, but a patient Strates used precision tactics to time her move for the line to a tee. Sandy Loring led for much of the open 800m before Max Green stormed over the top in the final 50m to win convincingly off 65m.