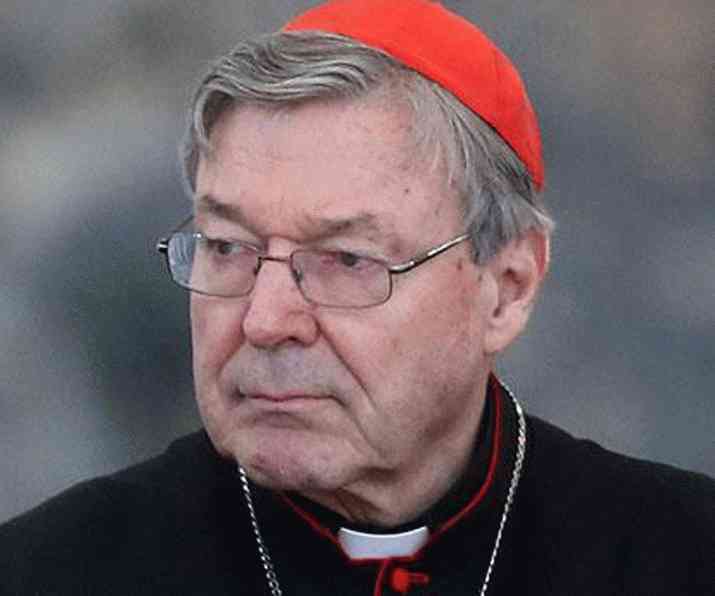 The conviction of George Pell, according to the apoplectic, breathlessly superficial mainstream media, apparently is a shock to all of us ignorant plebs, in our millions in Australia.

And who would have thought that once the jury decision of ‘guilty’ was made public that two former Prime Ministers, John Howard and Tony Abbott, would make public their unwavering support for Pell, implicitly disagreeing with the decision of the court and therefore casting doubt on the due diligence of the jury to make the decision they did?

And who would have thought that an eminent defence lawyer, the high profile Robert Richter QC, would say that the most serious offence of his client was ‘no more than a plain vanilla’ sexual penetration of a child?

And who would have thought that right-wing propaganda ‘news’ outlets for the Coalition are saying that the jury got it wrong, without any evidence to support their conclusion?  How dare a jury even contemplate convicting Pell, irrespective of the evidence they have heard and we have not, is their furious howl.

Then again, perhaps Howard, Abbott and the rest of them have all done us a great favour, for they have reminded us that the politically powerful believe that a different set of rules should apply to them and their mates than to the rest of the population.  If one of them should happen to fall foul of the law there must be something wrong with the process.  It is certainly true to say that the Royal Commission into Institutional Responses to Child Sexual Abuse, which ran from January 2013 to December 2017, would never have been established by any government led by Howard or Abbott.

There’s no reason to think that Howard, while he was Prime Minister, wouldn’t have regarded it in the same manner as he regarded the establishment of the Bank Royal Commission, as ‘rank socialism’.

Howard and Abbott have done us a great favour in another way as well, for they have highlighted the close links in Australia at the top level of the conservative political establishment with the conservative religious establishment.  They’ve shown how they really and truly are three peas in the same pod, as closely intertwined as they are with big business and the vested interests of corporate power and wealth.

The nature of the comments of Howard and Abbott about Pell, one in the form of a reference and the other in the form of a radio interview, shines a light on them which is well-worth examining for what it reveals.

One conservative shock jock, Ray Hadley, has broken ranks with the rest and stated one thing which the light has shown, the complete inability of Howard and Abbott to understand and empathise with victims of abuse.  But it goes much, much further than that.  As Richard Cooke presents so powerfully in the Guardian, it is as if the right-wing political elite have learnt nothing from the Royal Commission’s findings.  It is as if it all took place without them paying any attention in the slightest, flowing around them and past them as some kind of irrelevance to them in their privileged positions of wealth and power and gated minds.

Howard’s comments about Pell, apparently written after he knew the verdict of the court, are especially revealing, because they were written in clear knowledge of Pell’s career over the last 30 years, which is the length of time Howard says they have known each other.

When Howard describes Pell as of ‘exemplary character’, of ‘strength’, and ‘lacking in hypocrisy and cant’, the back story to those words must include Pell’s extreme and vociferous opposition to any progressive reform within the Catholic Church, especially in relation to gender equality, to contraception, to abortion and women’s rights in general, and including condemnation of homosexuality, gay and lesbian rights and same-sex marriage.

Writing of Pell’s ‘strength’, Howard would have known of the Ellis case, of Pell’s attempts to shield paedophile clergy from being accountable, and treating victims with arrogant dismissal and scorn.

When Howard writes that Pell has ‘dedicated his life to his nation and his church’, he is not writing about ‘dedication’ in the sense of helping the poor, the vulnerable and the defenceless.  When he writes of Pell’s ‘values and beliefs’, he is writing of a prelate who demanded conformity to his views, who was intolerant of dissent and who regarded accountability and transparency as distractions to be avoided.

When Abbott, on his part, likens what Pell has been convicted of as a ‘mistake’, saying ‘I look back on my own life (and) I’ve made many mistakes’, it is amazing to consider that we have a recent Prime Minister who regards paedophilia as insignificant rather than a serious crime.

The nature of the support of two former Liberal Prime Ministers for Pell reflects a set of ‘values and beliefs’ which were manifestly apparent throughout their prime ministerships, for they both focused on stripping away the last remaining vestiges of ‘liberalism’, compassion and egalitarianism in all aspects of their governments’ policies.

The entry of Howard and Abbott onto the stage in defence of Pell lays bare the fundamental principles of governance and leadership which they share as ruthless defenders of wealth, privilege, inequality, lack of transparency, a doctrinaire conviction in their untrammelled right, their birthright as it were, to impose their views on others, to control the lives of others, and in the final analysis to be the only arbiters in deciding where the long arm of the law can reach.

This item is unavailable for comments …