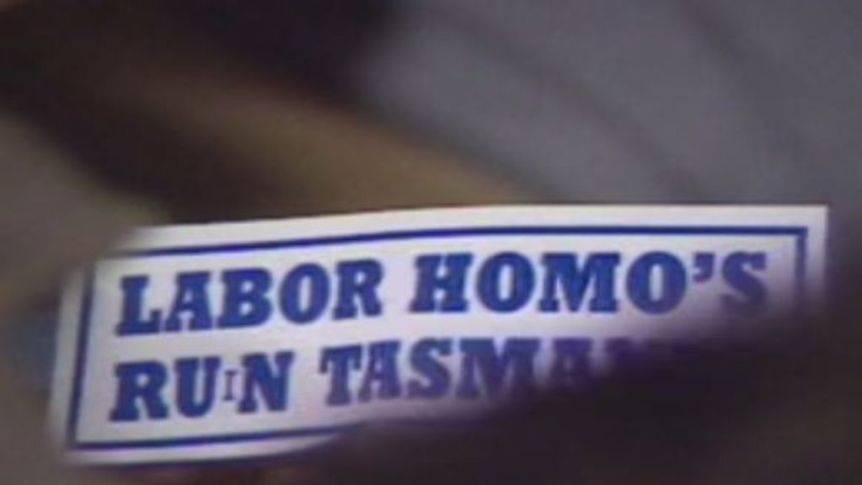 2019 is the thirtieth anniversary of one of the worst episodes in modern Tasmanian history.

In June 1989 Ulverstone hosted Australia’s first ever public rally against decriminalising homosexuality, with rallies to follow in Burnie, Launceston and Hobart.

A particularly nasty aspect of these rallies was how Liberal MPs sat in the front row applauding anti-gay speakers because the plan to decriminalise had been proposed by Labor and the Greens.

Those angry rallies tore families and communities apart, and most Tasmanians hope they never happen again.

But tragically, we are seeing a return to politicised prejudice against LGBTI people.

The proposals will do several things, including protecting transgender people from hate speech, after this protection was accidentally removed from the Anti-Discrimination Act a few years ago.

But the two main points of concern about the transgender law reform proposals seem to be these:

First, they will remove the requirement that transgender people have surgery before they can amend their birth certificates so their true gender is officially recognised.

Second, they will allow people to choose not to have gender marked on their birth certificates, including allowing parents that choice in the case of children.

The Government says these proposals have no place in its original legislation which was about bringing Tasmania into line with marriage equality at a federal level.

But when you look at what the Government’s legislation actually deals with, that objection makes no sense.

The Government’s original legislation was about removing the brutal requirement that married transgender partners must divorce before their birth certificate can be amended.

If we are going to remove that hurdle, why would we leave in place an even more brutal hurdle that affects far more transgender people, namely the legal requirement that they have invasive, expensive and dangerous surgery before they can change their birth certificate?

It is bizarre that the Government is happy to remove an old law that discriminates against transgender people, while insisting an even worse law remain.

The Tasmanian Anti-Discrimination Commission conducted a public inquiry in 2016 that recommended the reforms currently on the table.

At the end of last year, the Northern Territory adopted, and the West Australian Law Reform Commission recommended, just the kind of reforms being debated in Tasmania.

Clearly, these reforms are not as complex or as unpopular as the Tasmanian Government wants us to believe.

What mystifies me most of all are those Liberals who say this is “cultural Marxism” when it is actually a classic liberal reform.

By allowing transgender people to amend their birth certificates without the need for divorce or surgery, we are giving them more choice, greater control over their own lives, and the same opportunities as other people.

By giving trans folk the choice to remove gender from their birth certificates, the law is effectively saying “it’s not the Government’s role to decide who you are, it’s yours”.

Giving everyday people greater choice and getting Government out of their lives is the fundamental principle behind these reforms.

Any Liberal worthy of that label should be an enthusiastic supporter of Tasmania’s transgender reforms.

So why aren’t they?

A recent opinion poll commissioned by the Liberal Party caused me great concern.

As well as being leading and misleading, the poll question explicitly targeted Labor and the Greens.

On top of that, media outlets seeking comment on the poll were directed by the Liberal Party to its candidates in upcoming elections for federal parliament and for the state Upper House.

These candidates have little or nothing to do with the issue, and in the case of federal candidates won’t even vote on the legislation.

It looked like the Liberal Party was using community misunderstanding about transgender reform to give their candidates a boost.

It looked like a return to the politicisation of discrimination.

What re-inforces fears in the LGBTI community that prejudice is being politicised has been the distribution of anti-transgender flyers that misrepresent the current law reform proposals in Liberal Party branches in Hobart, again, just like the 90s.

For me, all this is deeply disappointing because I genuinely believed the Tasmanian Liberal Party had moved on from this kind of thing.

It has an LGBTI whole-of-government framework that commits it to working with the LGBTI community to reduce “stigma, social isolation, prejudice, harassment and discrimination still experienced by many LGBTI Tasmanians”.

It approved an Equality Bench in Parliament Gardens commemorating how far the state has come on LGBTI human rights.

Will Hodgman was the first Liberal Premier in Australia to apologise for former laws criminalising homosexuality and for the hate that found refuge behind those laws.

Will one of Will Hodgman’s successors have to apologise for the Liberal Party’s current anti-transgender campaign in the same way Will apologised for his predecessor’s anti-gay campaign?

But my disappointment is nothing compared to the trepidation and anxiety transgender and gender diverse Tasmanians and their families feel right now.

They had their identities and rights demonised during the postal survey.

They rightly believed the Yes vote brought that to an end, especially in Tasmania where the vote was above the national average.

The last thing they need is for their hopeful bid at equality and dignity turned into the postal survey version 2.0.

The way to prevent this is simple: a Liberal conscience vote.

In 1996, after years of polarisation in regard to decriminalising homosexuality, the Liberal Party adopted a conscience vote, leading to gay law reform being embraced by most Tasmanians.

By allowing a conscience vote on LGBTI law reform ever since, including on same-sex parenting and marriage, the Liberal Party has helped forge the more inclusive and tolerant Tasmania we all enjoy today.

If the Liberal Party allows a conscience vote on transgender reform it will immediately stop the gathering hate campaigns and help foster greater community understanding, just as it did in the late 90s.

My plea to Tasmania’s Liberals is not to go backwards to a time when fear was whipped up to win a few votes.

Instead, let’s keep moving forward to a Tasmania where we are all treated with respect and dignity.

Rodney Croome is a spokesperson for Equality Tasmania, formerly the Tasmanian Gay and Lesbian Rights Group