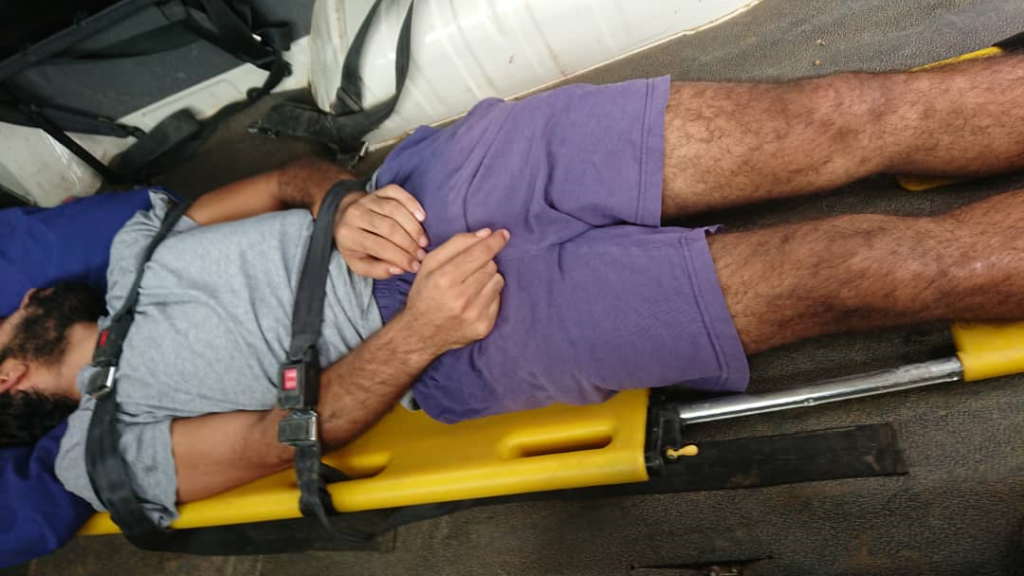 After 6 harsh years he attempted self-immolation.  That was 2 weeks ago. Now has he not eaten for 5 days.

What a silly man. Here he is going off to a mouldy cot without sheets in Lorengau hospital today.

They won’t help him except to put in a drip.

Then they’ll leave him unturned, unwashed & quietly mouldering for 30 days.

If he survives this, he might be abused at the Dickensian facilities in Port Moresby where there is only one treating psychiatrist; can take months.

When he is truly broken and if he can get a lawyer, his carcass may be dragged to Australia where they have more guards, doctors and drugs.

Then he will get sent to a detention centre for at least 6 months. He might even get sent back to Manus where it costs $500k a year to warehouse him in misery.

His family will fall apart & his life won’t repair itself.

But at least the navy wont have to work, Immigration won’t have to start regional processing and, by jingo, won’t it be great that Labor doesn’t have to stand up to Murdoch.

Makes you proud, doesn’t it. 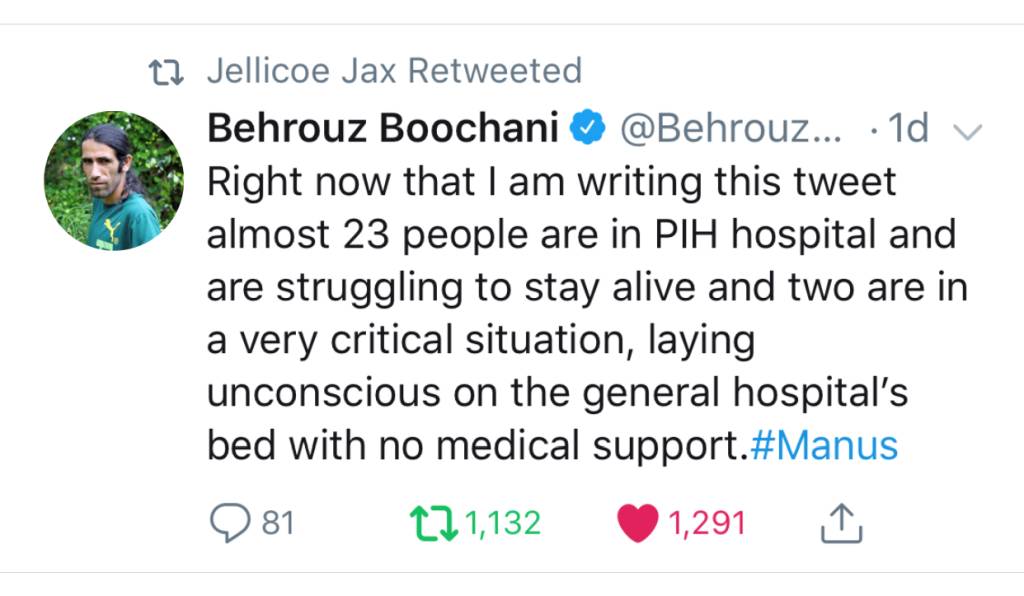