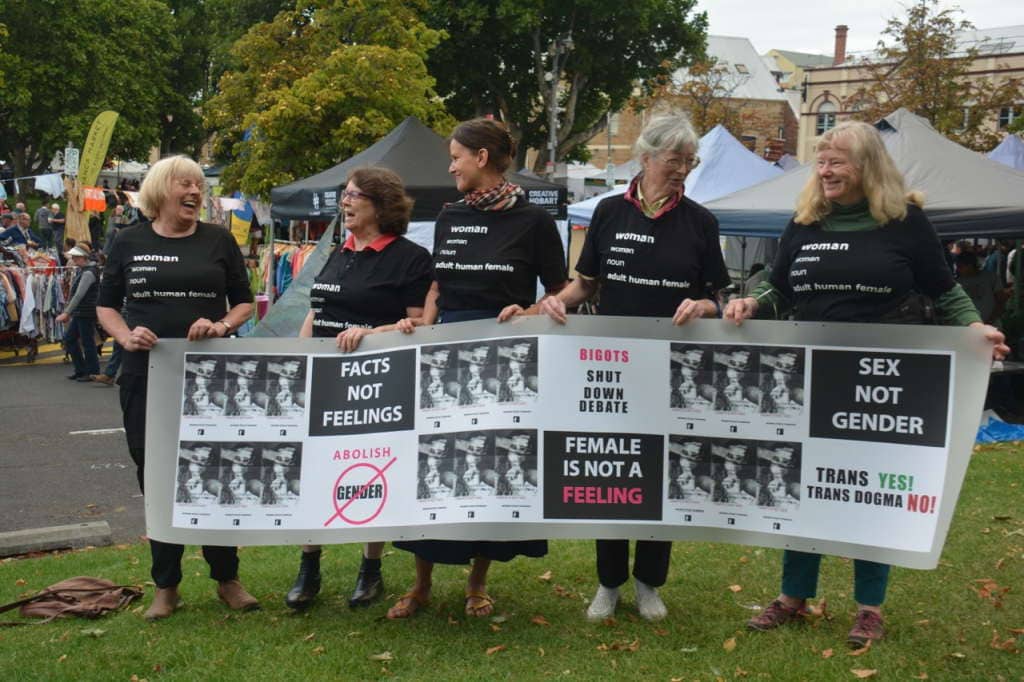 The EMRS poll results released yesterday indicate the majority of Tasmanians do not support changes to the state’s birth registration process proposed by Labor and the Greens.

The changes were passed as amendments to the Justice and Related Legislation (Marriage Amendments) Bill 2018 by our parliament’s Lower House in November last year.  In March they will be debated in the Upper House.

‘Labor and the Greens, with the help of Liberal Speaker, Sue Hickey, rushed through a raft of poorly drafted amendments to the Anti-Discrimination Act and the Births, Deaths and Marriages Registration Act with no public consultation’, said Women Speak Tasmania spokesperson, Bronwyn Williams.

‘Transforming Tasmania played a major role in the formulation and drafting of the amendments, claiming they had broad community support, but when a poll calls that support into question they cry foul’.

The amendments as passed by the Lower House clearly state that information about sex or gender for a newborn may only be included on a birth certificate if requested by the infant’s parents, parent or guardian.

Currently, birth certificates are issued by the Registrar of Births, Deaths and Marriages with a sex marker.

‘If the amendments become law, the sex marker will be excluded from a newborn’s birth certificate unless the child’s parents, parent  or guardian specifically request that it be included.  It will be an opt-in system, as the poll question states’, said Miss Williams.

It also seems Transforming Tasmania spokesperson, Martine Delaney, isn’t as familiar with the new legislation as she should be.

The new laws offer no guidance to the Registrar as to the management of this extra database, and how it will operate in conjunction with the existing Register.

‘It seems Ms Delaney and Transforming Tasmania need to take a closer look at the changes they have sponsored and get the details straight before they comment publicly’.

Ms Delaney says, ‘when people become aware of what this legislation actually does, they support it’.   But are they getting the right message?