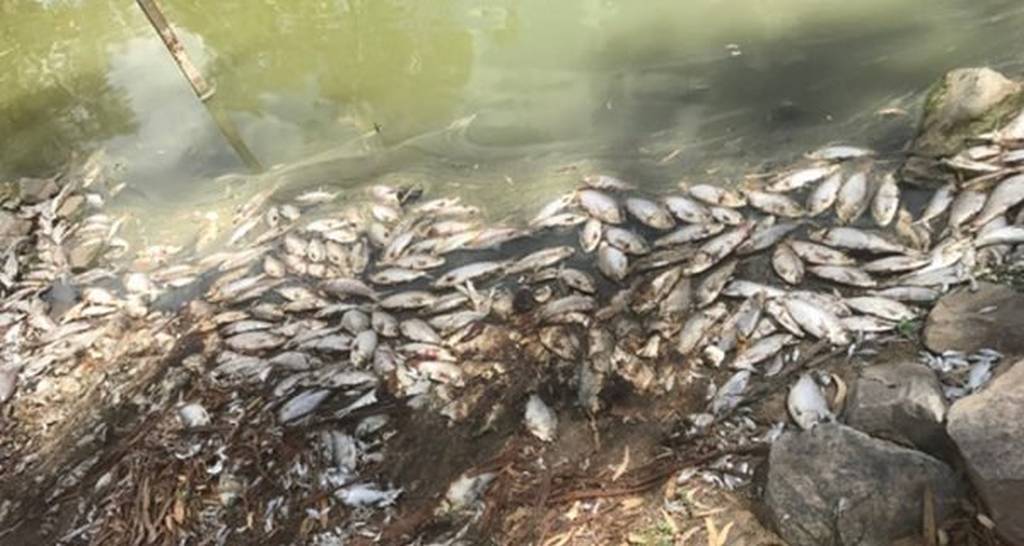 You’d be hard-pressed to find a better metaphor for the body politic than the Murray-Darling river system. Lying at the centre of the country’s fertile and arable east — yes, I’m straining to remember Year 8 geography here — the system’s two major rivers mimic the layout of the aorta and veins in the human body. It’s like a hint from nature: this is a one-time thing. Mess this up, and your country is screwed.

We made a good start on exactly that through the 20th century. With no real governance of the system as a unit, we regarded it as an unlimited intangible from which infinite amounts of water could be removed. For decades, individual farming was too small to really screw it up — though by farming rice and cotton on a dry continent, we gave it a red hot go. Then, with the coming of large-scale agribusiness, things quickly went awry leading to the 1991 explosion of blue-green algae in the Darling. It was part of a series of localised environmental crises around the world in the years 1989-1991, perhaps the first on-the-six-o’clock-news indication that humanity had begun to have categorical impact on the global environmental system.

The 1991 algae bloom and the looming thirst-death of Adelaide, at the system’s outlet, concentrated minds wonderfully and led to the Murray-Darling management plan. That was important not only for managing the river but for weakening the assertion of states’ rights, the boondoggle used for decades to wreak environmental havoc.

But whatever bipartisan commitment the river plan had was weakened during the Howard era, and has been travestied in the last six years. The difference between the two regimes is of significance. The Howard government played a double game on the environment, ostensibly acknowledging climate change (Howard later admitted he became a sceptic), while clawing back property rights and a developmentalist agenda. The Abbott-Morrison-Joyce era (Malcolm Turnbull was mere filler) has a different agenda: trash the joint. Be gleefully destructive. Make the water rights system unmanageable. Turn a blind eye to outright water theft. Undo any sort of systemic thinking about how we preserve agriculture and the environment in Australia at the same time.

The Menindee fish die-off is the logical result of that attitude. The total indifference and abdication of responsibility by the government is the corollary to that. It’s nihilism pure and simple, but nihilism of a strategic sort: it’s designed to trash any form of collective or system-based approach to environmental management.

Why do that? Thomas Frank gave an answer in his book The Wrecking Crew. The right-wing does not govern badly because it is incompetent: it destroys the capacity of government to manage change, thus creating a sort of semi-anarchy in which capital, property and profits call the shots. This process tends to build on itself. Eventually, the most basic forms of government become impossible.

Take the NSW government. It has gone from being a client of capital, to some sort of banana republic kakistocracy. How is it, for example, that a state government can build light rail line in which the gauges do not match, and no one is in prison for it? For the same reason that it will consider wasting $2 billion on unnecessarily rebuilding a stadium, or help trash a water plan for an irreplaceable resource.

Why has this nihilism crept into the right? Because they realise that, as far as managing society goes, the jig is up, not only for neoliberalism, but for capitalism. Capitalism, to assign value to property and capital, needs an infinite natural horizon — a river system must be deemed infinite in its supply.

When world population and the economy becomes so big that the limits of nature come into play, a wholly fictional version of that position comes into play. The right realises that any form of collective management — of water, the atmosphere, flora and fauna etc — must now treat them as qualitatively distinct (though interconnected), and set hard limits to water outtake, emissions etc. Such a system is inherently post-capitalist because it situates market exchange and property within a wider system of social management.

Deep down everyone knows this now has to happen. Because everyone knows it, because it is obvious, any opposition to it becomes increasingly hysterical in character, as that knowledge is repressed. Barnaby Joyce is the personification of this: the one-man wrecking crew, the mayhem of his personal life simply an extension of the nihilism he brings to public policy. This is part of the wholesale rejection of the right here, in the UK and elsewhere: the growing realisation by many that they want power precisely not to govern.

Trapped in a mindset of greenies vs ordinary blokes and sheilas, the right (in the party, in their thinktanks, in News Corpse), cannot see how fast a wide social coalition is building against them. This has to be taken to the next stage in the lead-up to election. Rural communities have to stand viable community candidates against the National Party and win a few of them.

The Nats are now the clear enemy of rural Australia, of its viability as a community, into the 21st century. And these systemic issues — such as river systems — have to be made political issues in urban electorates. If rural Australia can’t see its way to a new deal in which nature is collectively managed, then those limits will eventually be imposed without its consent as a necessary part of national survival.

Having the circulation system of the nation at threat tends to concentrate the mind wonderfully, even when Year 8 geography is involved.