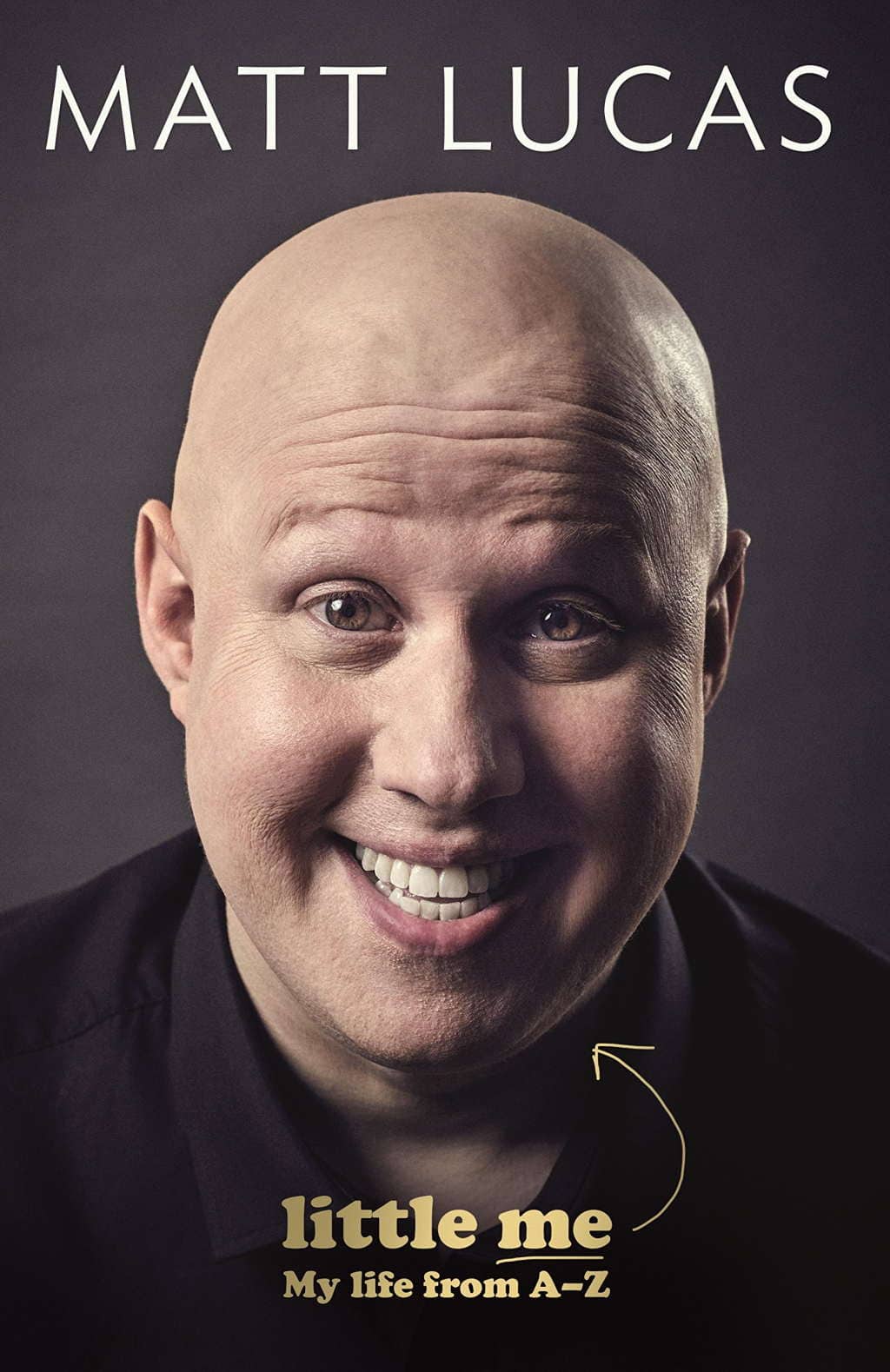 Published in 2017, Little Me: My Life from A-Z is Matt Lucas’ autobiography.

Lucas, born in 1974, is a comedian who’s famous for the British television show Little Britain, which he co-wrote and co-starred in with David Walliams. More recently, he starred in Series 10 of Doctor Who as a companion named Nardole. Little Me was, in fact, written while Lucas was filming Doctor Who.

The autobiography is a candid one. He shares intimate details about his private life, including coming out as gay and the loss of his long-term partner, but is careful not to reveal too much (“I have a moral discomfort with using suffering to sell a book, to elicit public sympathy and money,” he says in the preface). Despite this, he’s generally open about the things he’s gone through in his life, which he’s to be commended for. He also has a very conversational writing style (reading the book makes you feel like he’s having a conversation with you), and his grammar and punctuation is superb.

The book isn’t in chronological order, though. Instead, it’s in alphabetical order. Chapter one is called ‘A – Accrington Stanley’, chapter two is called ‘B – Baldy!’, and so on. One chapter could be about a recent event in his life, and the next could be about something that happened to him twenty years ago. In other words: Lucas tells his life story in a nonlinear manner. The reason Lucas chose this structure was because he has “no attention span left” (“I give up halfway through a text message,” he admits). The result is, for me, a book that is ultimately disjointed. But each chapter does stands up on its own.

While there are some parts that are genuinely funny, other parts intended to be funny came off as cringeworthy and not funny at all.

Overall, Little Me: My Life from A-Z is a good read. I’d recommend it to people who love autobiographies and don’t mind books with nonlinear narratives.