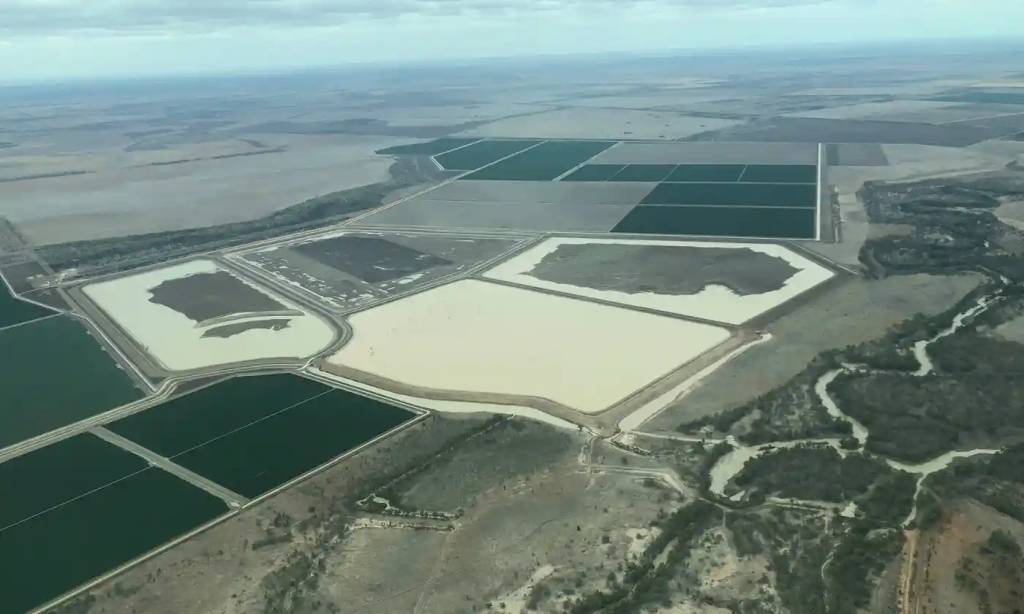 Photographs taken by Centre Alliance senator Rex Patrick of cotton farms on the Moonie River in southern Queensland. The South Australian royal commission into the Murray Darling Basin plan is expected to deliver a scathing assessment of the plan that was meant to save the river system from ecological disaster. Photograph: Rex Patrick
Share
Tweet
Share
Share
Email
Comments

Over the border in NSW, the Barwon and Darling rivers are a series of muddy pools, and fish are dying …