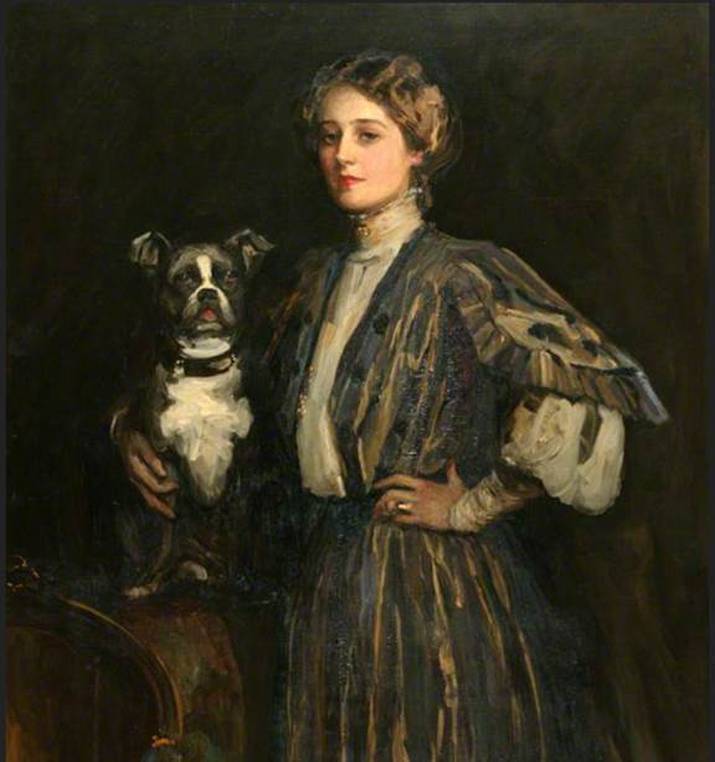 *Pic: L’Entente Cordiale. (Sir) John Lavery (1856-1941). This portrait is believed to be of Violet Manners, Marchioness of Granby and later Duchess of Rutland, with her English-bred, rose or drop-eared bulldog. The painting was purchased by the Manchester Art Gallery from Thomas Agnew and Sons at their Independent British Art Exhibition of 1906. The Entente Cordiale was an agreement signed on the 8th April 1904 between Britain and France in an effort to improve Anglo-French relations. (Illustration courtesy of the Manchester Art Gallery). Courtesy John Hawkins
Share
Tweet
Share
Share
Email
Comments

Australia has one of the highest rates of pet ownership in the world, with 38% of Australian households owning dogs. Dogs improve the quality of our lives, and studies show that exposure to dogs can even improve our immune system.

However, one medium sized dog produces about 180 kilograms of poo a year. With about 9 million dogs in Australia, it can really start to pile up.

Rather than wrap it in plastic and throw it away – where it eventually ends up in landfill – you can use dog poo as a sustainable source of fertiliser.

Read more: Are you walking your dog enough?

The waste products of humans and their associated animals have not always been a problem. In the past, even within the memory of people I met living on small Pacific islands, human poo was produced in relatively small amounts because the population was low, and could decompose naturally and safely within the soil. Healthy soil contains a vast number of microbes and organisms that thrive on organic material.

But burgeoning populations have changed this. Waste produced by humans is now an immense problem. Not only is there a waste issue, but human activities have caused soil pollution and degradation that kills soil microbes or impairs their capacity to process organic matter.

Dog poo is considered an environmental hazard. This is a consequence of its composition. It is comprised of three-quarters water plus undigested food including carbohydrates, fibre, proteins, and fats from the dog’s digestive system. Also present are a wide range of resident bacteria that are needed for digestion.

If dogs are infected with worms, or other disease-causing microbes, these can be present in their poo. Left on the street, dog poo is washed into waterways, creating a potential health hazard. Once pathogenic microbes from the poo get into waterways, they can find their way into other living things – including humans.

People also don’t like dog poo because of its smell. This is due to the volatile products produced by microbes in the gut that are involved in the digestion process. More than 100 different chemicals that could contribute to the bad smell have been identified.

Because poo smells bad we avoid dealing with it. Local councils offer plastic bags at parks and other public places to encourage dog owners to collect the poo. Bins, sometimes specifically for dog waste, are often placed nearby so the smelly package can be discarded as soon as possible.

But this is not the best solution, because ultimately the dog poo ends up going to landfill, contributing to our ongoing problem of waste accumulation.

Read more: Explainer: how much landfill does Australia have?

Why dog poo can become a nutrient

Rather than becoming a pollutant, dog poo can become a nutrient for your garden, by being composted in your backyard.

If you have a garden you can make your own compost bin by adding the dog poo to grass clippings, plant or other organic waste, and even sawdust as a source of food for the microbes. The microbes then break down the organic material into humus. During this process the temperature in the compost mixture rises to 50-60℃. Over time, the heat will kill most canine bacteria, as they are adapted to live at lower temperatures in the dog’s gut.

Compost contains billions of microbes per gram of material and competition from these (as well as the environmental conditions of the compost that are very different from the dog digestive system) assist in promoting destruction of pathogenic canine microbes, if present.

The compost needs to be turned over weekly to ensure uniform composing and oxygenation. Over days or weeks the temperature in the compost drops, indicating when the decomposition process is complete.

Then it’s time to use your compost to improve your garden!

A couple of dog-do dont’s:

If you live in an apartment and don’t have a garden or access to green waste, you can still compost dog poo and use the product. There are small compost bins commercially available for this purpose. Composted material from these can be used on your outdoor or indoor plants.

Read more: Do dogs have feelings?

And if you don’t have any indoor plants, then you should think about getting some, as they can cut down on ozone in the air and even reduce indoor pollution.

M. Leigh Ackland is Professor in Molecular Biosciences, Deakin University
This article was originally published on The Conversation: HERE