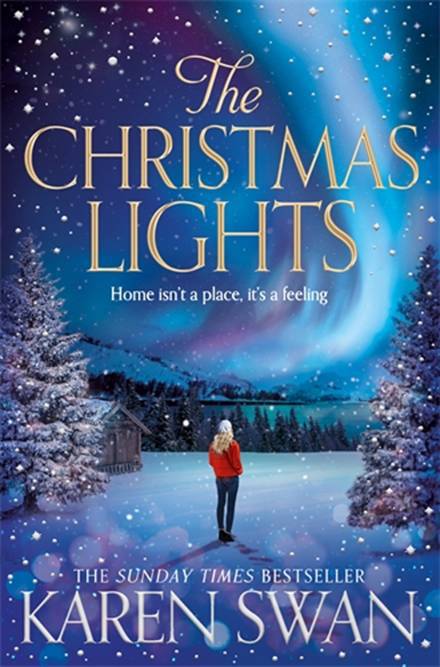 Karen Swan, author of ‘The Christmas Lights’ has not yet been to Australia despite having relatives here. She is really looking forward to when her publicists decide to bring her out here on a book tour. I’m speaking to Karen from her home in England as she prepares to take her daughter to school, making the obligatory hot chocolate before they leave, Karen has a few moments to discuss her new novel with me.

Karen says that recently she has been gaining popularity in this side of the world. She had initially thought that because her novels feature covers with a snowy exterior, they might not be popular in Australia but it seems readers are warming to them, pardon the pun.

Karen tells me in spite of those Chrismas-sy covers her books are not themed around the holiday, rather it is incidental to the story. The characters are involved in their own mix of romance and mystery and Christmas just happens somewhere in the mix.

Her first Christmas book was called ‘Christmas at Tiffany’s’, after its success her publishers suggested more on the same theme and so began her Christmas series.

One thing that Karen strives for her in her books and what interests her most is the back story, the history that frames the here and now. Her recent novel ‘The Christmas Lights’ is set in Norway and revolves around the world of glamorous adventure, travel couple Bo and Zac as they build a blog of their extreme adventures around the world. While attracting an enormous internet following the couple, who are engaged find very little remains private to them. Further complicating the story is the pairs somewhat intrusive agent and the people they meet in Norway, a young man, Anders and his grandmother Signy who take Bo into their home when she encounters an accident on the slopes.  Both Signy and her grandson Anders hold secrets in their past of the extent they went to protecting their family. Bo as a secret tragic loss that kick starts her daredevil existence while it’s another secret that proves a threat much more than the perilous natural landscapes she visits.

While Karen’s book is a fascinating read Karen’s own life is just as magical including the interesting fact that she writes her books in a tree house. Karen tells me that once, that was the case but not anymore as she has moved house including tree house! Karen explains that once when the children were toddlers she did indeed sometimes write in their lovingly framed in wisteria. Not everything went to plan Karen’s time in the tree house was constrained by the problems in getting power to her lap top usually running out after 20 minutes.

Later, the tree house would be a place she found solace in summer to do her summer edits. It was very far away from a summer tree house that Karen found herself in her preparation for this novel. Her preparation included skiing and visiting Norway’s museum of photographs.