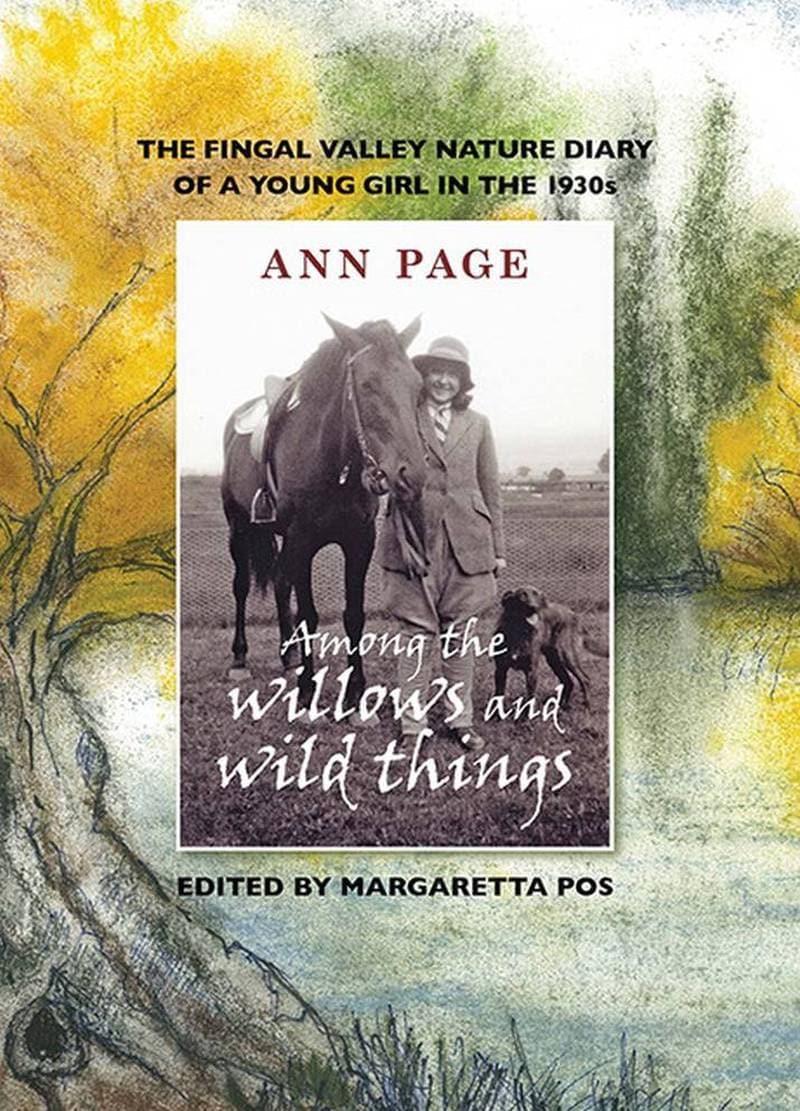 A glowing review by Donald Knowler of my mother’s 1930s Nature Diary in the Mercury newspaper today (Sept 29, 2018).

Among the Willows and Wild Things: The Fingal Valley Nature Diary of a Young Girl in the 1930s by Ann Page. Edited by Margaretta Pos, Forty South Publishing, $35

In the 1930s schoolgirl Ann Page set out to explore the “beautiful unknown” of the Fingal Valley and 80 years on her daughter, Margaretta Pos, gives us the chance to join her adventures. Ann had a nature diary in mind but what she produced was a portrait of the valley in all its beauty, in all seasons and in all its hardship – wind, rain, drought and depression.

Ann could not have known that her writing would not only record the wildlife of time and place, but become a vital social history of life in rural Tasmania between the two great wars.

The diary had its genesis in contributions she made to Little Folks: The Boys’ and Girls’ Magazine, published in London from 1871 to 1933, and over time it evolved to become a true life “Girl’s Own” adventure tale befitting a child of empire. Ann rides her trusty steed Valiant across paddock and moor, through forest and mountain glen, across shallow streams feeding rivers “slipping silently” to the ocean. All the while the “brooding” Ben Lomond, its ramparts sometimes purple, sometimes pink, watches over her.

The diary is illustrated by Sabina Gillett and edited by Pos, who applies a soft touch, clarifying names of birds, animals and plants. References to badgers, for instance, have wombat in parenthesis.

Ann’s words retain a sense of wonder. Moved by the beauty of a foggy day, she writes: “A heavy fog hung over us until after 10, then it suddenly rolled back in great white banks, leaving a brilliant world behind.”

Ann writes of trappers digging out a “badger” from an earth “pungent and damp with fern roots” . “At last they caught him and, before we could say a word, killed him. I have never seen a sweeter animal, broad, fat and thick set, with a smiling, honest, kind little face, and he was flung back, dead, into his own little home. It was very sad.”

Ann notes the clearing of forests in the Fingal Valley. The site of destruction a “rather desolate place with a sprinkling of stark, ringbarked trees and blackened stumps…”

Ann’s diaries are based on excursions from the rural property she grew up on, Frodsley, on the Break of Day River between Fingal and St Marys. Mostly home schooled, she went away to school in Hobart at one point and was in a position to compare city life in her diary with that of the country: “The smell of gums in the heat, of soil and grass in the wet, of horse, of wildflowers and — in town — petrol!”

Ann devotes an entry to the forced sale of a property owned by farmer Billy Norcutt: “Cook [a shepherd from Frodsley, with whom she often went riding] has ridden out over the hills to Billy’s little, sequestered farm to help him put his things in order. It must be sad for the poor old man, who has lived there for so long, to have to leave his sheep and cows, his many ponies and flocks of goats, his pigs and poultry, and all his other belongings. Tonight will be his last at his home. Tomorrow, strangers will overrun his home and wrangle over the price of all his old animal friends.”

Ann described the Fingal Valley as the most beautiful place on earth. “The spring is so pretty and soft and delicate, I wish I could do it justice in writing it down, so that I could recognise these little pictures of life,” she wrote.

The diary gave Ann memories to treasure and Pos, in bringing them to public attention, gives us a portal to a vanished world.

Donald Knowler is a journo legend. He writes the On The Wing column in The Saturday Mercury.