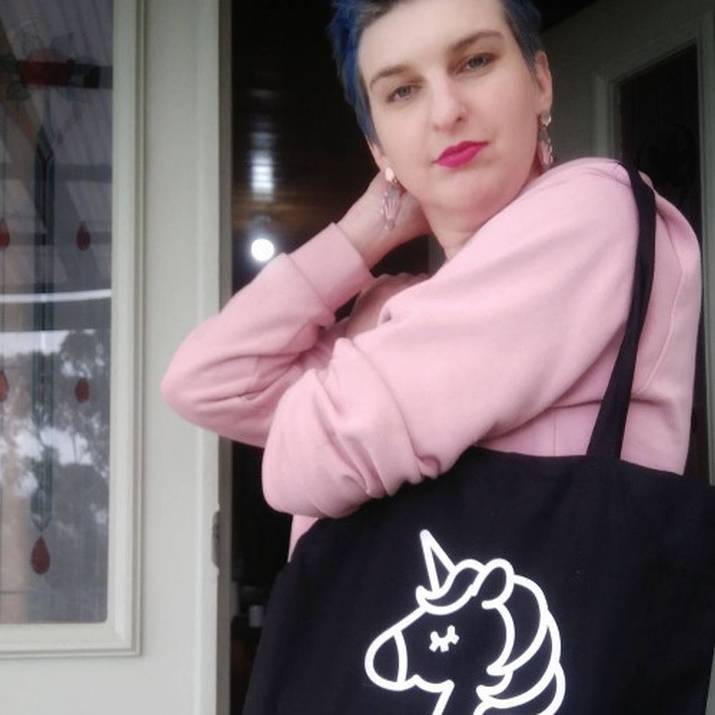 The transgender debate is increasingly characterised by no-platforming, withdrawal from participation, censorship, bullying, threats, intimidation, silencing, stonewalling and expulsion from groups for those who express dissent from the ‘popular’ transgender narrative.

1. Dr Meredith Nash, Deputy Director of the Institute for the Study of Social Change at the University of Tasmania withdrew from chairing the UTas World Environment Day Forum on 5 June 2017.

Speaking at the forum was Robert Jensen, Professor of Journalism at the University of Texas, Austin. Professor Jensen was in Australia to speak at the Sydney Writers’ Festival and to launch his latest book, The End of Patriarchy: Radical Feminism for Men. The forum was presented by the University of Tasmania in partnership with Spinifex Press, Nordic Model Australia Coalition (NorMAC) and the Institute for the Study of Social Change.

Professor Jensen’s talk, titled ‘Male Supremacy, Human Supremacy and the Fate of the Ecosphere’ posed the question – ‘On World Environment Day, can critical feminist and ecological analyses help us see another path to save our planet?’.

Two hours before the forum commenced, a communications officer from the University of Tasmania Institute for the Study of Social Change notified the NorMAC organisers that Dr Nash had withdrawn from chairing the forum.

Saffire Grant, a student member of the UTas Women’s Collective, had allegedly made a complaint to Dr Nash about Professor Jensen’s views on transgender people, saying they amounted to hate speech.

When interviewed for this article, Ms Grant did not deny making the complaint. She was reluctant to discuss the matter with someone who did not identify as transgender or non-binary, and asked that questions be forwarded by email.

At the time of writing, Ms Grant had not responded to the queries submitted as she requested.

Dr Nash chose to remove herself from participation in the forum on the basis of Ms Grant’s complaint. The university did not provide a substitute staff member to welcome Professor Jensen at the forum – a serious failure to observe the courtesy normally afforded visiting academics.

Attempts to contact and interview Dr Meredith Nash for this article were unsuccessful, however the communications office at the Institute for the Study of Social Change confirmed the complaint and Dr Nash’s response.

2. Adrienne Moreton, President Tasmanian Women Lawyers (TWL), withheld an invitation to attend an International Women’s Day (IWD) forum in 2017 from TWL members. The refusal to pass on the invitation was explained on the basis that members of the Women’s Liberation Front, Tasmania Branch, were speaking at the event.

‘Thank you for your kind invitation.

Given the short notice and the sheer number of IWD events neither myself nor any members of the Committee will be able to attend in any official capacity.

Furthermore, given the stance of WoLF in relation to the participation of transwomen in the feminist movement I am also unable, in good conscience, to forward the invitation on to my members’.

Despite several attempts to seek an explanation of this response from Ms Moreton over the course of the following six months, nothing substantive eventuated. Ms Moreton either attributed her lack of contact to a ‘clerical error’ or promised to table the matter ‘at the next committee meeting’, and finally delegated the task of addressing NorMAC’s concerns to TWL Vice-President, Seva Iskandarli, who also failed to offer anything relevant.

The TWL includes in its charter a commitment to provide a forum for the exchange of information and opinions on aspects of the law relating to women. NorMAC shares this commitment and continues to question Ms Moreton’s apparently unilateral rejection, on behalf of TWL members, of an opportunity to participate in such an information exchange.

Robin Banks, former Tasmanian Anti-Discrimination Commissioner, and Leica Wagner, Senior Policy Adviser with Equal Opportunity Tasmania were the subject of three articles written by Matthew Denholm in The Australian between August 2016 and January 2017, as follows –

An Anti-discrimination commissioner bullied me: feminist

During her tenure as Tasmanian Anti-Discrimination Commissioner Ms Banks put forward a proposal to amend the Births, Deaths and Marriages Registration Act 1999 (Tas) to allow certain changes to birth certificates. Specifically, the amendments would allow individuals to change the sex noted on their birth certificate on the basis of self-identification alone, with no need to prove the medical treatment and assessments currently required to make such a change. These alterations to birth certificates could be made every 12 months, according to Ms Banks proposal.

In response to a request for community feedback, the Women’s Liberation Front (WoLF), Tasmanian Branch presented a submission challenging the proposed legislative amendments, and arguing they would have a negative impact on women’s rights and freedoms.

A member of WoLF sought a personal meeting with Ms Banks to discuss the issues. The ensuing meeting was attended by the WoLF representative, Ms Banks and Ms Leica Wagner, senior policy adviser with Equal Opportunity Australia.

Over a period of two and a half hours, the WoLF representative was – as we see it – insulted, bullied and harassed by both Ms Banks and Ms Wagner. Her concerns were dismissed and she was accused of being ‘naïve’ and holding ‘bigoted’ views for highlighting the negative impact of the proposals on women’s existing right to establish female-only services.

The meeting left her extremely humiliated and distressed, and she lodged formal complaints with the Tasmanian Attorney General and the Tasmanian Integrity Commission.

No action was taken against Ms Banks, although the Attorney-General expressed sympathy for the WoLF representative’s position.

4. The University of Tasmania Women’s Collective expelled several women from the organisation in 2015 because they expressed views questioning the prioritisation of male trans and ‘gender queer’ members’ interests above women’s interests within the collective.

In 2015 Bronwyn Williams was a mature aged student enrolled in a master’s degree at the University of Tasmania. Ms Williams joined the Women’s Collective to engage with other women on campus, but was shortly expelled from the group, without notification, at a private meeting of group administrators. She was accused of breaching the group’s ‘rules’ after questioning why trans and queer members were to be shown special consideration.

There was no contact to advise of the supposed transgressions, however Ms Williams sought confirmation she had been removed from the group from administrative officer, Heidi La Paglia. Ms La Paglia confirmed the meeting and the group’s decision to ban her from the group, but offered no explanation for the blatant lack of due process.

Ms Williams was abused and insulted online by several members of the Women’s Collective, including Saffire Grant, Laura Nilssen, On Ee Chin and Isaac Foster. After being summarily dismissed from the group, Ms Williams located other members of the group who had been removed in similar circumstances.

Ms Williams lodged a formal complaint with the University of Tasmania Union, and after several follow-up requests, an inquiry was conducted by an independent investigator. The investigator presented several recommendations to the Student’s Union and months later the Union Board advised Ms Williams the Women’s Collective had been instructed ‘to implement fair procedures for managing inappropriate behaviour, and a clear complaints and appeals process in their Constitution and Safer Spaces Policy’. Adherence to this recommendation was to be a condition of the Women’s Collective’s re-affiliation with the Union, should they choose to apply for it.

It is unfortunate that a university student organisation needed to be told they should have robust and transparent processes in place, after numerous instances of bullying and discrimination by members and a formal complaint about their actions.

A summary of this situation was published in the University of Tasmania student newspaper, Togatus, on 16 October 2015 – http://www.togatus.com.au/utas-womens-collective-a-new-meaning-for-inclusive/.

5. In 2012, the Scarlet Alliance Tasmania attempted, but failed, to have Professor Sheila Jeffreys no-platformed at a UTas Law School staff seminar and a public forum at the Friends Meeting House.

Professor Jeffreys, formerly with the School of Social and Political Sciences at the University of Melbourne, and Public Officer of the Coalition Against Trafficking in Women Australia, was scheduled to give a series of talks in Tasmania at the invitation of Whistleblowers Tasmania.

Whistleblowers Tasmania had taken an interest in the government’s 2012 review of the Sex Industry Offences Act 2005 (Tas) and had concerns about the international links between organised crime, corruption, trafficking, human rights abuses, and violence to people in the sex industry.

Given her extensive academic background in the field of women’s human rights, Professor Jeffreys agreed to address these issues at the events noted above.

Prior to her arrival in Tasmania, however, a member of the Scarlet Alliance attempted to halt both public appearances by attacking Professor Jeffreys’ professional integrity and discrediting her views on the sex trade and transgenderism.

Members of the Quaker community were intimidated with threats of a smear campaign if they allowed the public forum to proceed at their meeting house. The forum organisers were similarly discouraged from hosting Professor Jeffreys, as were those participating in the UTas staff seminar.

These efforts were unsuccessful, but are typical of the tactics used against academics and activists who speak out about exploitation in the global sex trade, and the aggression shown by some in the trans rights movement.

These instances of attempted no-platforming, exclusion and intimidation of those who oppose the pro-sex work, pro-trans agenda are becoming more and more commonplace worldwide.

Do they want community members to feel safe expressing an opinion that may be different to theirs?

If so, they should reflect on the negative tactics used to promote trans ideology and silence legitimate dissent, and consider advocating against them.

Many trans persons demonstrate a balanced approach to transgender issues. For example, they speak against the ‘trans women are women’ dogma that dominates today’s transgender ideology and stifles rational debate.

Part Three in this series of articles will expand on this apparently inflexible position, and discuss whether, in fact, it might disadvantage transwomen.

*Isla MacGregor has for many years been an advocate for free speech and public interest disclosures.