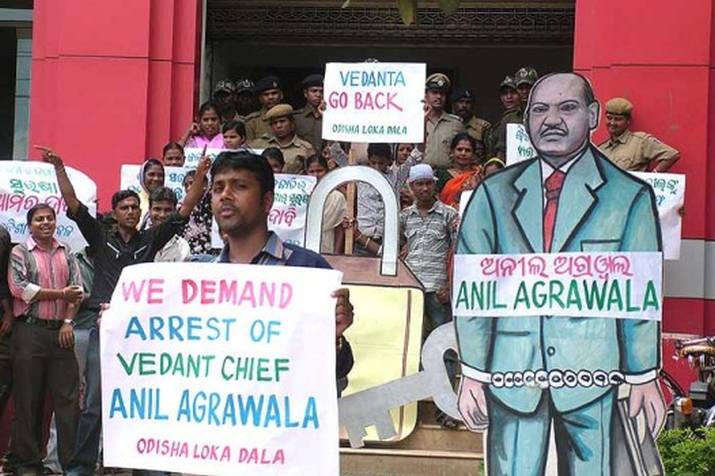 Foil Vedanta is a grassroots organization focused primarily on the British-Indian mining giant Vedanta Resources PLC. Foil Vedanta wants Vedanta, the worst miner in the world, to be struck ofs the Stock Exchange in London where it is registered.

‘The protesters have been demanding the closure of a copper plant owned by British mining giant Vedanta Resources which they say is causing environmental damage.

The protests have intensified after Vedanta, owned by an Indian billionaire but with its head office in London, sought to expand the plant.

The plant – which is currently non-operational – has a 400,000-tonne annual capacity.

It was shut briefly after an alleged gas leak in March 2013 that left hundreds with breathing difficulties, nausea and throat infections.’

The Hodgman Liberal Government has provided $35 million in subsidies to Vedanta Resources at a time the company is considering a study on establishment of a zinc smelter in South Africa:

The results of the inquest into the deaths of three miners at Mount Lyell raises serious questions about the price workers have paid for Vedanta’s cutting corners at Mt Lyell mine while using funds for operations which breach environmental and human rights law and paying for legal actions against affected communities in Zambia and India.

When will Cassy O’Connor and her Green colleagues step up to the mark on Vedanta’s criminal conduct in the same manner they have done in the past against the human rights and environmental crimes committed by Ta Ann?

*Isla MacGregor lives in Tasmania and is concerned about the ethical conduct of and collusion between Government and corporations in Tasmania.