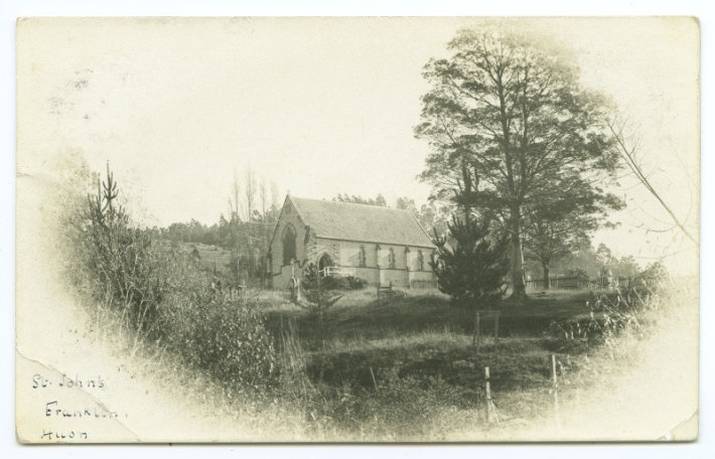 St John’s “is a living history of the lives of the people of Franklin and of Tasmania”, wrote Pat Lee

What right has any religious establishment to sell the physical manifestations of its faith system?

Churches and other “holy” faith structures — in Tasmania and the rest of the world for that matter — are largely there because their parishioners built them and have since paid for them in cash or kind.

Today, as an atheist, I contribute occasionally to a fund in Franklin to save from private hands the township’s lovely old St John’s Church.

For a century or more, it was a meeting place for followers of a specific, but now rapidly failing, belief system.

In 2014, St John’s hierarchy succumbed to the demands of Mammon and deconsecrated it as a “House of the Lord”, the intimation being that it would eventually be put on the market as a choice piece of real estate ( see http://oldtt.pixelkey.biz/index.php?/article/at-franklin-desecration-before-deconsecration/ ).

Logically, St John’s should be handed back to the people of Franklin, free of charge, so that it can continue to serve the needs of its ever-evolving, disparate and vibrant, community. It should not be sold on the open market as a money-earner for a religious establishment that time is proving cannot even sell its own fantastic story. — Bob Hawkins

Bob Hawkins’ “faith” lapsed circa 1960, when – as a British soldier in Singapore (two years’ compulsory national service) and after listening to his padre praying for his safety in the face of the enemy – he had his request for a “prayer for the enemy” bluntly rejected. However, he still tries to convince himself that he lives by many of the better aspects of Christian teaching.

• At Franklin, desecration before destruction