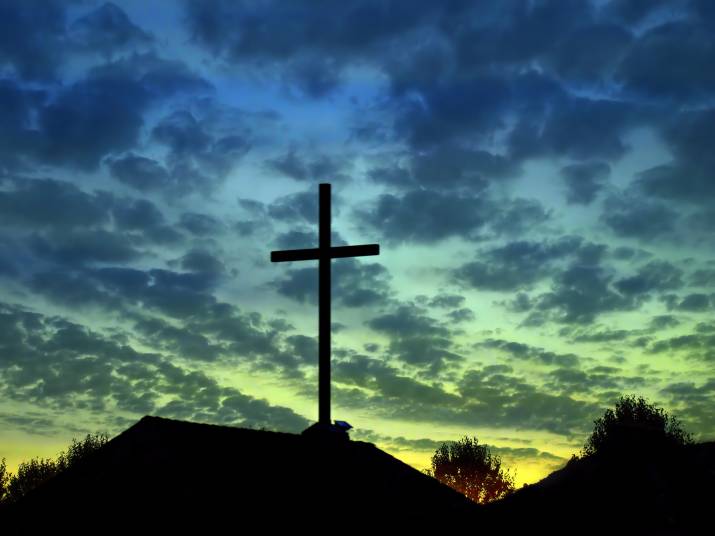 In a recent article1, Julian Burnside points out what seems to be a paradox.

Tony Abbott, Scott Morrison, Malcolm Turnbull and Peter Dutton, who all claim to be Christians, show absolutely no Christian values such as love and compassion towards those downtrodden and persecuted people who legally – I emphasise legally – seek asylum in Australia.

Instead, asylum seekers are imprisoned without trial indefinitely – women and children too – exposing them to physical and sexual abuse, physical and especially mental illness, while these professed Christians justify their cruelty by saying this is done to save lives at sea.

Burnside rightly condemns them for hypocrisy of the highest order.

And don’t forget the Centrelink scandal in which incompatible tax and welfare databases were merged to determine who had received welfare benefits they weren’t entitled to. This bit of stupid programming resulted in a 20 percent error rate.

No matter, all were billed on AFP letterhead to frighten the hell out of them, innocent as well as guilty. Frantic telephone calls to Centrelink went unanswered, and staff were ordered not to attend personally to anyone but to direct them to a computer terminal, including the computer illiterate.

Thousands of people were badly stressed and some suicided. But Human Services Minister Alan Tudge said that as the Government had received back $300 million so far, this “proved” that the system was working. He evidently thought the sole purpose of this unsavoury exercise was to raise revenue and if it did that, whatever the injustice and human pain it caused, it was a success.

I could go on at much greater length about this Government’s utter inhumanity to our most vulnerable, but space does not allow.

Many, if not all on the hard right – no more names no pack drill – profess their Christianity while endorsing policies that fill the rich with good things while the hungry they send empty away. All these self-professed Christians enact neoliberal policies that are simply incompatible with Christian principles. Christian neoliberalism is an oxymoron.

And while on Christianity and evil-doing, let’s not forget the Christian Right in the USA. Almost all would vote Republican, a party that is dedicated to tax cuts for the very rich and for corporate America. In the Citizens United case brought by Republicans unlimited cash donations both to individual politicians and to parties was legalised, enabling cashed up individuals and corporations with an agenda to donate massively to politicians.

This is simply legalised corruption. If Republicans like the Koch Brothers had their way welfare would be slashed to next to nothing; education, transport and even road infrastructure would be privatised. And if you can’t pay for that yourself, tough beans.

There are of course people whose conduct is congruent with their beliefs. Sections of all religions and Christian denominations have been heavily involved with charitable and other humanitarian work: for example, the Anglican church in apartheid Africa, Anglicare in Australia today, human rights advocates such as Father Frank Brennan, and many many more.

Even Pope Francis, with all the institutional baggage of the Vatican, seems to be doing his best to help humankind.

The other group whose personal beliefs are congruent with their actions are the likes of Trump, Stalin, Hitler and others. I am however interested here in where belief and practice are not congruent.
In England many years ago, I was teaching at a secondary modern school. One of the other teachers was Father Cull, a high church Anglican fresh from apartheid South Africa. One lunch time he thumped the table and roared: “You can’t be a Christian and vote Tory!”

The Christians and Tories who were present were not amused, myself included (at that stage, but I later saw that Cull was right). So who can a Christian vote for? Labor? No. Keating introduced mandatory detention for asylum seekers, and on that issue so far Labor’s hands have been as bloody as the Coalition’s.

So if Jesus returned to earth and to Australia in particular, what party would he vote for? He would certainly vote left, judging by his comments on social equality in for instance the Sermon on the Mount.
So if we are talking about his voting for particular parties it would have to be the Greens, for Greens policies include such things as .. ensuring health and education is adequately supported; supporting the underprivileged with welfare; removing inequalities of wealth and power by legislating on the grounds of social justice; increasing taxes on the rich to pay for public welfare; exercising our stewardship of Earth and its creatures; acting immediately and firmly against climate change, and the like. Yet, the Greens are rightly or wrongly perceived to be agnostic or even anti-religious.2

Julian Burnside says, “I was brought up in the Christian tradition, but I no longer adhere to any religion. However, I do remember some of the fundamental tenets of Christian teaching: compassion for those in need; treat others as you would want to be treated …” (footnote1). Speaking for myself and for many other left wing friends and acquaintances who had a religious background but are now at least agnostic, it seems that a religious background may have provided grounds for a secular social conscience, which is possibly even more compelling when the metaphysics and the formal trappings of religion are not there to provide the anodyne of righteousness.

However as Scott McInnes points out: “Christianity did not invent compassion or moral action. They are universal values.”3. Belief in these values is perfectly congruent with enacting policies that benefit all, not just the rich. If there is any paradox about that it is that these residual values activate the left, but evidently not the Christian right who theoretically should incorporate these same values.

The Christian right excoriates the Greens and other left wingers although they enact the very values that they supposedly share with the Christian right. Part of the reason is no doubt that the Coalition and Labor dislike the Greens because a third party upsets a two party system in which the parties exchange the right to rule.

That does not however explain the sheer venom reserved for the left, and for the Greens in particular (see footnote2). Perhaps such venom stems from the hatred institutionalised religionists generally have for apostates. But it is worse in this case because these apostates enact Christian-like values when the actions of the religionists contradict those same values, and that is unforgiveable.

One puzzling question remains. What is it about right wing politicians such that many display this incongruence between belief and action whereas the left seem more prepared to enact Christian-like values? How does the right resolve this cognitive dissonance? One way has been pointed out above by Burnside: that by making life difficult for asylum seekers coming by sea, they are saving subsequent would-be asylum seekers from drowning.

Another neoliberal dissonance reducer is to preach the trickle-down effect: that giving massive tax cuts to the corporate sector will produce “jobs and growth” for the benefit of all. The evidence would not support either contention but then if you need to believe something you won’t be likely to be swayed by counter evidence.

I fear that this gets on to the tricky question of the motivation of the neoliberal right, which from an outsider’s perspective seems to be about maximising individual and corporate wealth and power. Maybe professing institutionalised Christianity is itself a dissonance reducer: Here I am looking after the privileged rich but hey, I’m a committed Christian so I can’t be all that bad. Anyway, growing the wealth of the powerful is for the overall good of the country and those who live therein. Well, isn’t it?

However the mechanics for reducing dissonance in Christian neoliberals does not address the question as to why the apparent disconnect between right wing policies and Christianity values exists in the first place.

I am sorry if I have offended anyone by these speculations, but could someone more qualified than I please explain?

*John Biggs is a Hobart based writer who frequently contributes to Tasmanian Times. He reaches for his keyboard when he is inflamed by figures elected to work in the interests of the public but do not.