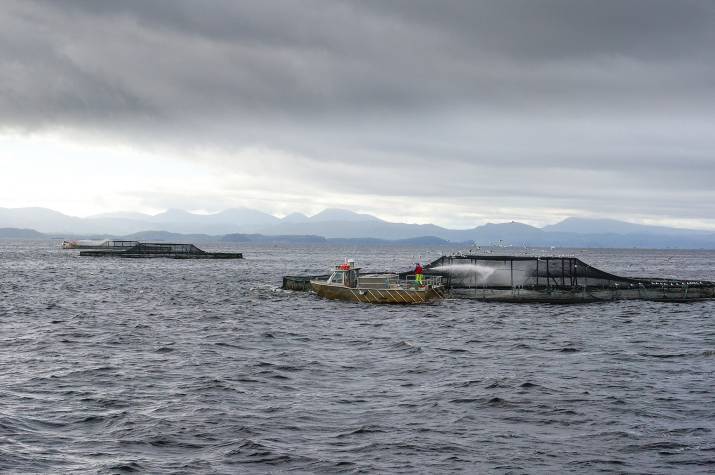 The Tasmanian Conservation Trust has released a scorecard of the fish farm policies of the political parties and this week a copy of the scorecard will be delivered to 30,000 households in the electorate of Lyons.

– Stopping all seal relocations.
– Providing greater transparency in the license approval process and stricter controls over pollution.
– Listening to community concerns when making decisions about allocating areas for fish farms.

Summarising the major outcomes of the scorecard, TCT Director Peter McGlone said that: “The Greens may end up supporting one of the major party’s to form government and their very strong policies mean that they could put important pressure on the government to change legislation to properly regulate fish farming, address community concerns and stop seal relocations.”

“Of the two major parties the Labor Party has a slightly stronger policy that the Liberals, with a particularly pleasing commitment to reduce seal relocations.”

“While we want the Labor Party to do more to give the community a real say over where fish farms are allowed to operate and how they are regulated the Liberals have just been dismissive of community concerns and have been sneaky by allowing seal relocations to continue to anywhere other than the north west.”

“The TCT felt that fish farming is a major issue for the Lyons electorate and have funded the delivery through Australia Post of a fish farm policy scorecard brochure to 30,000 residences across Lyons”.

Shooters, Fishers and Farmers Party: 3 out of 3

The SFF have called for a moratorium on new fish farms and want all fish farms on land.

The Greens have made specific recommendations to require all fish farm licence assessments by the EPA to be subject to community input and approvals open to third party appeals.

The Greens have listened to community calls for recreational boating and fishing and visual and noise pollution to be given proper consideration in decisions over fish farm leases. The Greens have also recommended the use of financial incentives to encourage farms to move off shore or onto land.

The strongest part of the Labor Party’s policy is its commitment to require salmon farmers by July 2019 to “take all reasonable steps” to install fish farm pen systems to minimise the potential for seals to access salmon and farm workers. While not an outright ban on seal relocations this proposal has the potential to greatly reduce relocations.

Labor make some useful recommendations to improve the performance of the EPA but it has not committed to making all EPA licence assessments subject to public input and approvals open to appeal.

In terms of leasing decisions the Labor Party will rename the committee responsible and make a minor improvement by requiring the chair and two aquaculture scientists to be independent of the industry.

But unless the committee has a majority of members that are truly independent and is required to properly consider social concerns (regarding impacts on boating and recreational fishing and visual and noise pollution) the committee will continue to be a rubber stamp for industry.

Importantly, the Liberal Party have been marked below the Labor Party in their over-all score. The Liberal party gets a half a point for having legislated to empower the EPA to assess fish farm applications and make and regulate approvals. But as with Labor, the Liberals have not guaranteed the community will have an opportunity to comment on licence applications or and have the right to appeal approvals.

The Liberals have failed to address concerns regarding seals, having only ruled out relocations to the north west coast but have very deceptively not said where else seals may be relocated to.

The Jacqui Lambie Network has opposed the relocation of seals and has supported the stronger regulation of fish farms. But the JLN has not supported changes to give the community a greater say over fish farm licence approvals and leases.

*Peter McGlone is Director of the Tasmanian Conservation Trust