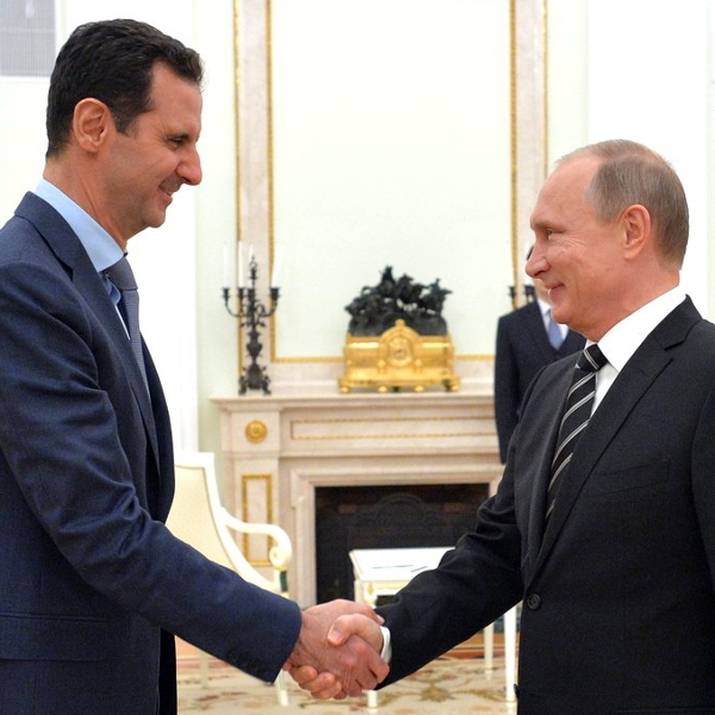 Assad proves all Corleones are bad, no matter what the spin

“And the life of man, solitary, poor, nasty, brutish, and short” – Thomas Hobbes, ‘Leviathan, or the matter, forme, and power of a commonwealth, ecclesiasticall and civill’, 1651.

“Then goeth he, and taketh with himself seven other spirits more wicked than himself, and they enter in and dwell there: and the last state of that man is worse than the first” – Matthew xii 43-45 (KJV).

“First, do no [further] harm” – of uncertain / disputed origin; the Hippocratic Oath includes a promise “to abstain from doing harm” but does not include this precise phrase.

“Bliss was it in that dawn to be alive / But to be young was very heaven!” – William Wordsworth, ‘The French Revolution as It Appeared to Enthusiasts at Its Commencement’, 1809

“The least worst result would be an Assad win” – Jeremy Shapiro, director of research, European Council on Foreign Relations and non-resident senior fellow at the Brookings Institution.

“The springtime of the peoples” – a ‘branding’ of the 1848-49 European revolutionary movements from sometimes being called in the German lands the Springtime of Peoples (‘Völkerfrühling’).

Middle East experts used to wonder whether Basher al-Assad [when compared and / or contrasted with his father Hafiz] was the Syrian equivalent of ruthless Michael Carlene, the savagely conflicted son of The Godfather, or his wimpy brother Fredo Carlene (“I can handle things! I’m smart!”).

Seven years into a war that has left half a million corpses, six million Syrians internally displaced and more than five million as refugees abroad, Assad seems to be Don Carlene and Michael rolled into one. Having been written off as a loser, it turns out that he is a survivor, the defender of a bloody dynasty.

That doesn’t mean Assad is his own man. When Turkish troops started to move into northern Syria recently, he told Recep Tayyip Erdogan that Turkey would face the might of the Syrian air force. In fact, the planes didn’t take off. Russia controls the airspace and didn’t want an Erdogan v Assad conflagration.

The fact is that Russia and Iran are keeping Assad in power; he is only making gains on the ground because of them and must abide by their rules. Thanks to their help, Islamic State is on the back foot and largely confined to the desert while the armed opposition to Assad is corralled in the northern Idlib province and a scattering of tiny pockets of resistance.

He may not be an independent leader but he can act without moral constraint, and that, as Michael Carlene discovered in The Godfather, is decisive. The Syrian President is preparing an all-out assault on eastern Ghouta, the rebel-held suburb of Damascus: 350,000 civilians are trapped there and the aerial and artillery bombardment has been unrelenting. Barrel bombs are being dropped on an already besieged urban sprawl; there were 72 airstrikes on Monday alone. Five hospitals were hit.

Since there is now not one but a dozen wars on Syrian terrain it would be absurd for Assad, or any other player, to declare victory. Turkey against the Syrian Kurds, Iran v Israel, Saudi proxies v Qatari proxies, the US and Russia trying to avoid direct confrontation, Shia against Sunni; these are just a few of the clashes that cast doubt on Assad’s ability to restore something resembling the Syrian Arab Republic he inherited from his father, Hafiz.

It has become a Hobbesian hell, a kind of Democratic Republic of Congo with olive trees, defined not by its statehood but by never-ending war. So far, Assad’s calculation may be this: retaining control over Syria’s cities and the coast is not a complete victory but it is a greater achievement than any of his internal rivals. Crucially, it will allow him to reinvent himself, from Basher the Butcher to Basher the Builder.

He knows that Syrian reconstruction has to get under way before a peace deal is signed. That’s why so much of the regime’s energy is devoted to flattening Ghouta. Assad wants to demonstrate that his sphere of control, around 55 per cent of antebellum Syria containing the majority of the population, is a safe place for foreign money. India, [China,] Oman and Kuwait have already signed commercial investment deals with Syria. Lebanon, Egypt and Iraq are circling. Some estimates put the cost of rebuilding at $US350 billion ($444bn) . . .

Assad believes foreign investment will have to come to his (still formally recognised) government, and that he will be able to take the credit for physically rebuilding the country and preserving its borders.

The loyal Alawite territories that he holds, what might be called Assadland, will get more than their fair share but also act as a magnet for the future prosperity of an intact nation state.

Assad may imagine that he can leverage the massive inflow of funds to help him become a regional figure of influence again. Erdogan has been able to get away with locking up dissidents and journalists because he is all too aware that the EU depends on his readiness to halt the flow of Syrian refugees towards the West. Assad wants to follow a similar logic. Reckoning that the Europeans have a pressing interest in Syrian refugees returning home he will push not only for chunky investment but also for a muting of criticism.

The West . . . imagines that the reconstruction bonanza will give [it] a significant bargaining chip with Assad, a way of nudging him towards the exit. That is to misread Basher the Butcher. And it fails to understand the mentality of many Syrians who have fled the fighting of the past seven years. For them, as long as Assad is in power there is no sense in returning home and risking their children’s future. Even if they are offered a shiny new house. They are afraid of his vindictiveness and understand better than [the West does] the special dangers of a weak, self-doubting dictator. He is, they will tell you, more Fredo Carlene than he is Michael.

*Leonard Colquhoun taught Years 9 to 11 English and English Literature, together with HSC English in the Victorian and NSW curriculums. Although he rarely got to choose what novels, plays and poetry were in the syllabuses, he was equally rarely disappointed at what was allotted, because “gladly wolde he lerne, and gladly teche” [The Clerk in Geoffrey Chaucer’s Canterbury Tales – line 310]. Teaching some of the world’s great literature – what’s not to like? He reckons that 90% of problems in Australia’s schools would be 90% solved if 90% of lessons were by teachers who knew their classroom subjects in depth and breadth, and who had the classroom and allied skills to do so. He hopes one day that education ministers and their bureaucrats, and that university education faculties and their professors, will see things that way too, and that education ministers will tell university authorities that sub-standard graduates will not be registered to work in classrooms. He is particularly contemptuous of those who diss (what is now called) ‘direct instruction’, those who put more faith in faddish gizmos than in well prepared teachers, and those who have the delusion that long-term ‘assignments’ and ‘projects’ can substitute for their own ignorance and incompetence.