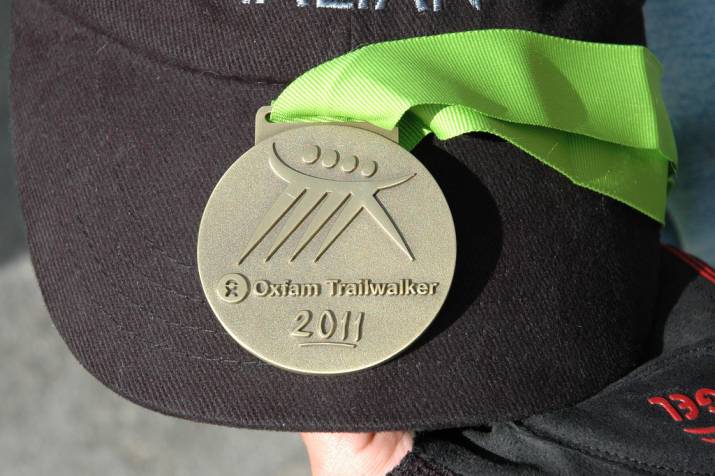 Yesterday’s news about NGO Oxfam’s 2011 internal investigation into allegations against some staff over sexual abuse, harassment and illegal use of prostitutes revealed a totally abhorrent culture within some elements of the world-renowned aid organisation.

Several staff members who worked with Oxfam in Chad and Haiti between 2006 and 2010 have been dismissed or have resigned. Oxfam’s Program Director at the time and Deputy Chief Executive, Penny Lawrence, has resigned stating that she takes full responsibility for what happened under her watch.

While Britain begins organising investigations into the deepening Oxfam sex scandal, an Australian former UN employee has warned paedophiles are infiltrating charities to take advantage of the disadvantaged in developing countries.

This is not the only incidence of international aid agencies or the UN being caught out in sexual misconduct, sex trafficking or illegal activities.

Just when I thought my opinion of pro-prostitution lobbyists could not get any lower, I see a tweet by one about the Oxfam scandal: “Buying sex from professionals is not sexual misconduct and women in Haiti may well have been glad to get the sex work. I hate prissy Establishment fiddle-faddle implying ‘development’ workers are ethical puritans or saints.”

There you have it. The idea that the women involved in prostitution in Haiti are somehow benefiting from being bought and sold by the very men that are supposed to be helping them cope with their hellish existence.

Let us consider what this person is defending. Oxfam’s country director in Haiti, Roland van Hauwermeiren, admitted using prostituted females at premises paid for with charitable funds. Children may well have been among those abused by van Hauwermeiren and other aid workers. This happened after the earthquake in 2010, which killed 220,000 people, injured 300,000 and left 1.5 million homeless.

There are also allegations that some male senior officials at the charity were using prostituted women and girls in Chad in 2006. Many men working in developing countries consider using women in this way as a “perk of the job”. We know that many sex markets in countries such as the Philippines exist because of the presence of the military and so-called “peacekeepers”.

These men are enabling terrible human rights violations. They are literally propping up a system that causes misery and heartache for women and children. There have been numerous cases of child sexual abuse and human trafficking inside Haiti’s orphanages following the earthquake, and some young women have spoken about the desperation and poverty that led them to street prostitution.

Wherever there is conflict, natural disasters and dire poverty, women and children will be abused into prostitution. Traffickers target countries such as Haiti, knowing that there will be rich pickings, because women and girls will be additionally vulnerable.

I have witnessed scandals like this before. In 1999, during my first trip to Kosovo, shortly after the end of the war, I was told by my driver that a number of brothels were being built close to the area inhabited by a number of charities and UN organisations, because so many of the men stationed there were prolific prostitute users. I saw a number of men going in and out of these establishments, despite the fact that many of them were there to advise local law enforcers on anti-trafficking strategies.

I also recall the scandal that broke when Kathryn Bolkovac, a monitor with United Nations International Police Task Force in Bosnia and Herzegovina, sued her employers for unfair dismissal when she lost her job in 1999 after she reported that officers were paying for sex, raping underage girls and participating in sex trafficking. I was in the Balkans when the story first emerged, and spoke to a number of UN officials about it. Many of the men I spoke to either justified officials paying for sex, suggesting that they were away from home for a long time and “needed” sex, or accused Bolkovac of lying.

David Lamb, a former Philadelphia police officer who served as a UN human rights investigator in Bosnia until 2009, investigated allegations that six Romanian, Fijian and Pakistani officers stationed in the town of Bijeljina were trafficking women into prostitution.

Lamb found plenty of evidence to justify a full-scale criminal investigation, and faced physical threats and blocking by his superiors, including a senior Ukrainian police officer who ordered an end to the investigation.

The sex trade is built on colonialism and racism, as well as misogyny. Whether it is the overrepresentation of African American girls and women in prostitution in the US, or the targeting of indigenous and native women and girls in countries such as Australia, New Zealand and Canada, it is clear that rich, powerful, white men consider it their “right” to use such women and girls as commodities.

Oxfam is supposed to put vulnerable women and children at the centre of its efforts, and yet some of the organisation’s most senior male officials appear to have done the opposite. It is nothing short of a disgrace that prostitution apologists somehow create a defence of these vile sexual predators by suggesting that the women and girls lured into the sex trade are somehow making a “choice”, and are “professionals” doing a “job”. These women and girls are being abused and exploited by men who are paid huge salaries to make their lives less horrendous.

One of the myths about the sex trade is that the men who rent the inside of women’s bodies for their one-sided sexual pleasure are somehow doing a favour to their victims because money changes hands. As my close friend and colleague, the formidable writer and sex trade survivor, Rachel Moran, has said in response to white liberals who claim paying for sex is defensible because it provides an income to poor women: “Wouldn’t you say, if a person cannot afford to feed themselves, the appropriate thing to put in their mouth is food, not your c*ck?”

Meanwhile Amnesty International continues to receive complaints from women’s human rights advocates and organisations about their ill-considered, flawed policy on the sex trade amidst growing dissent within their membership and the general public.

It is worthwhile reflecting that in the lead up to the state election both Labor and the Greens will push to make Tasmania into a pimp state, furthering the reach of the global sex trade and all its harms to children and women. The Liberals will continue to let sleeping dogs lie on the sex trade issue and this is regrettable given the surge in development likely to continue in Tasmania into the future.

Under a Labor Government backed by the Greens we need to consider whether the cityscape of Hobart will look like the picture above? Is this the future we want for our disadvantaged young girls and women? Better for the community to spot the fruit fly on Labor policy on decriminalisation now than later. Now is the time to focus on Stop Demand policies and how these policies provide for real choices and justice for girls and women into the future. If Labor and the Greens want to have any credibility they will abandon the empty rhetoric of prostitution being a woman’s choice.

*Isla MacGregor is a researcher and representative for the Nordic Model Australia Coalition and member of the Coalition Against Trafficking and Women. Isla works in the global abolitionist movement against the sex trade and commodification of children and women. Laws that tackle the demand side of the sex trade are gradually being implemented throughout Europe and are increasingly being understood as best human rights practise.