Former TV producer Miriam Sawan is creating a storm with her debut novel, Louboutins, Lattes & Live TV, which is set to be featured in Cosmopolitan’s January issue, and has received an endorsement from leading lifestyle and news commentator Shelly Horton: “So one of the girls I mentor, the absolutely fabulous @miriameryan, has written a novel based behind the scenes of a morning TV show. It’s smart, funny and has an important message. So stop reading this and hurry up and buy it.”

Miriam Sawan is a former television producer who is biting back at bullies. Her debut novel Louboutins, Lattes & Live TV takes readers to the dark side of television, where the impressionable young are toyed and tampered with for Klarissa Maree-Francis’s gain.

THE PROTAGONIST
Anna-Simone is a savvy television producer desperate to find her place in lifestyle television. The colour. The madness and the manic deadlines form the perfect harmony of creative chaos she knows she can tackle. She thinks she has found her big break when she’s offered a job at Sky-High—the top-rated television network in the country.

THE PLOT
She arrives a bubbly, young, go-getter but soon realises her boss, Klarissa, is Satan in stilettoes. Well-heeled, well-spoken and a subscriber to the mean-girls group in media, Klarissa will make Anna-Simone question her very existence. But she won’t go down without a fight.

See what happens when two alpha females go head to head. When women sell their souls for a promotion. Where the price of success costs you your sanity. Where the ultimate lows lead to creative highs. And where out of the darkness, unlikely heroes emerge. 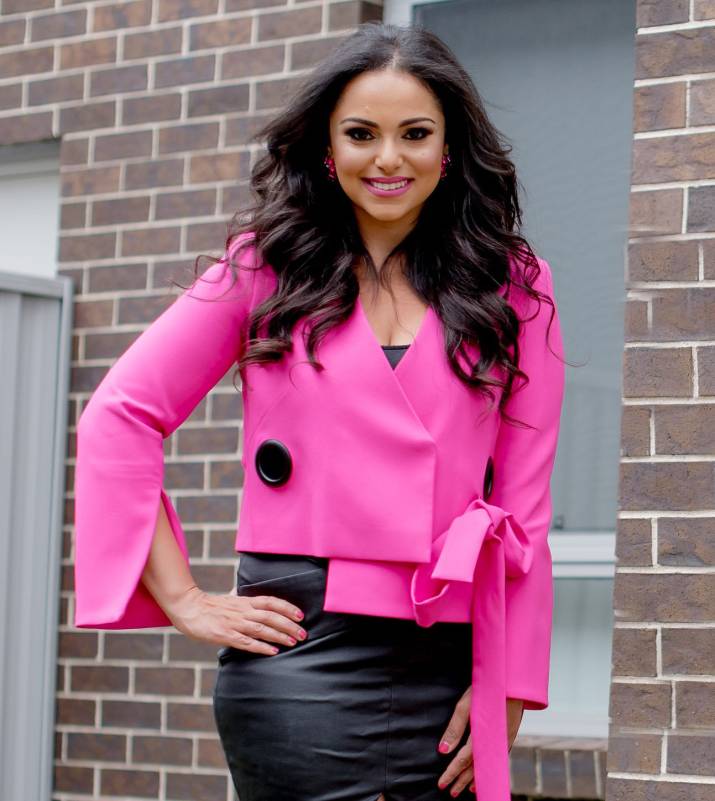 Miriam Sawan, above, is a former television producer turned media advisor who has worked for some of Australia’s biggest television networks. As a journalist, she always wanted her stories to mean something, and found purpose when she moved to a law firm that works on high profile social justice issues. In her new role as media advisor, she was suddenly exposed to many horrific accounts of workplace bullying and was fuelled to write a novel that would resonate with people’s office experiences globally. While she can’t tell client stories, writing Louboutins, Lattes & Live TV is her way to “empower young people in the workplace to stand up for themselves and nip nastiness in the bud.” As for any bullies who read her book, she hopes they’ll learn “to reflect and change old behaviours to stop themselves from the inevitable hurt they cause.”