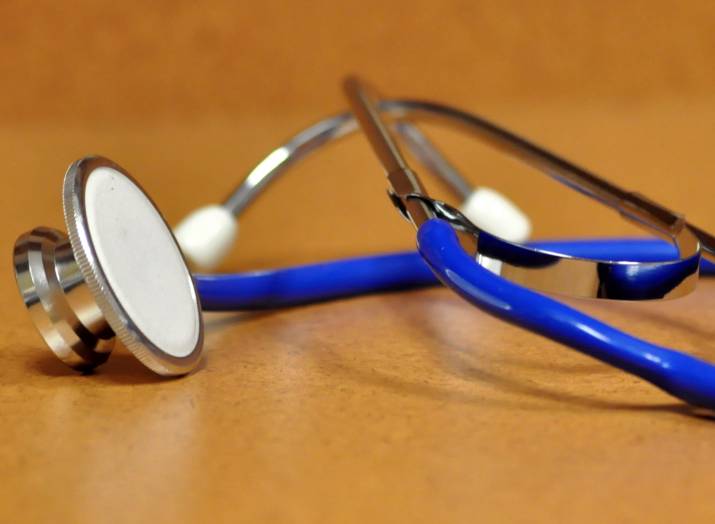 The Tasmanian government spent $84 million less on out-of-hospital health care in 2015-16 than other states, a new analysis has found.

According to figures from the Australian Institute of Health and Welfare, the state’s funding for this sector was $92 million or $178.92 per head of population in 2015-16, the most recent year for which comparative data are available. This compares with a national average of $292.97 per head.

But Tasmania is given GST redistribution funding to allow it not only to fund such services up to the national average but to do more than that, to meet the extra health needs of our population. For the community health sector, the state was given an extra $29.6 million, redistributed from other states. Although the money was given with this purpose in mind by the Commonwealth Grants Commission, the state government cannot be forced to actually spend it on community health.

When this is taken into account, the total underspend amounts to $84 million, or $162.45 for every Tasmanian. This means the government needs to spend almost double its current amount in this area if the people of this state are to get the same level and quality of services enjoyed by other Australians.

The implications for health services and patient care are profound. These are areas – including mental health, alcohol and drugs, disease prevention – in which the absence of adequate services can have devastating effects on vulnerable people. These non-hospital services are among the cheapest to provide in the entire health system but can save massive amounts of money and personal suffering.

These results also show that there is no need to take money from acute psychiatric departments in public hospitals in order to fund community-based mental health services. Both are under-funded and each can be more adequately funded without taking money and resources from the other if the state government was prepared to fund to the national average.

Tasmania may have increased funding since 2015-16 but so have other states. The position relative to the nation as a whole is unlikely to have changed substantially.

THE FIGURES IN DETAIL

Community health care (which includes out-of-hospital nursing, mental health, and alcohol and drugs services) is second only to public hospitals as a category of state government health funding. Broadly, the main aim of these services is to keep patients out of hospital either by preventing disease altogether, or by treating people in much cheaper, more patient-friendly environments. Therefore, funding in these areas is likely to save money overall; if adequate primary care services are not provided, patients may find their conditions deteriorating to such an extent that acute hospital care cannot be avoided.

The figures show three states – New South Wales, Victoria and Tasmania, under-fund these services, compared with the rest of the nation. But to gain an adequate idea of the relative adequacy of funding, we must look at the amount of money made available to each state and territory through GST redistribution.

In redistributing GST money between the jurisdictions, the Commonwealth Grants Commission first assesses the amount each can be expected to raise through its own efforts; the Commission then redistributes GST away from rich states, like Western Australia, and towards poor states, like Tasmania and South Australia. The idea is that all Australians should be able to access the same level and quality of government services, regardless of which state or territory they live in.

If all states had identical populations, the CGC could stop there. But some – like Tasmania’s older, sicker and poorer population – rely more on government services, particularly in health, than others.

Therefore, the Commission also assesses how much money is needed in each state in each of the main areas of service. It is only when this redistribution is taken into account that we can make a fair judgment of how each jurisdiction compares with the others. This is shown in the bottom two rows of the following table. Tasmania’s total under-funding of community health, compared with the rest of the nation, is $83.838 million, or $165.45 for every resident of the state. Only Victoria, which massively under-funds its health services but has a much more efficient health system than Tasmania’s, does worse in this area than Tasmania.

Because Medicare does not cover dentistry, the state and territory governments have the lead role in providing public dental services in their jurisdictions. It is not possible to isolate the role being played by GST redistribution in this area but it is probable that this state receives a relatively generous treatment because our low-income population is highly dependent on public services. As the table below shows, Tasmania’s funding of public dentistry, widely regarded as seriously inadequate everywhere, is the lowest in the nation on a population-adjusted basis, accounting for only 79% of the national average. As many more Tasmanians than the average are likely to have difficulty in paying for their own treatment in the private sector, this under-funding is disproportionately serious.

Although there has been a great deal of political rhetoric from all parties on the need to prevent people from becoming ill, Tasmania’s record in actually funding preventative health services is the worst in the nation. State government funding accounts for 58% of the national average, well behind the other states (New South Wales and Queensland) which are also behind the average. Public health is defined as activities for the protection and promotion of health and the prevention of disease, illness or injury. The category includes immunisation, health promotion, screening programs, communicable disease control and the prevention of harmful drug use. It has not been possible to isolate the role of GST redistribution in this area.

Relative funding of ambulance services by the Tasmanian government is also poor, with state funding reaching only 73% of the national average. This category includes land ambulance, air ambulance and patient transport subsidy schemes. Once again, it is not possible to isolate the effect of GST redistribution on this category but it is unlikely to be substantial.