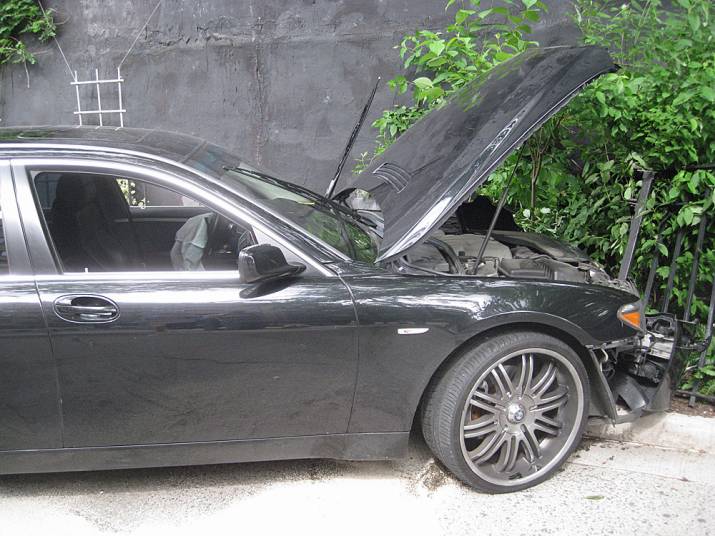 It is not the propellant in the Takata airbags that kills and maims, it is the under-strength containment canisters that do the deadly damage to the vehicle occupants.

In my first article – HERE – I outlined the two problems with Takata airbags, firstly the propellant (propellant) and secondly the canisters (I often called cups in previous articles) containing the propellant.

However, it does seem that undue ACCC and media focus has concentrated irrationally on the propellant as the major culprit. This I see as deliberately misleading hiding an extremely serious implication.

The chosen propellant ammonium nitrate has several problems. However the propellant would not be such a deadly problem if the containment canister had been engineered with sufficient strength to cope with the forces involved … whether they contain new or aged propellant.

It is mandatory practice in Australia to engineer a safety factor into highly-stressed components with a critical function of at least double the maximum forces that component will have to endure. This ensures the component will never fail under any foreseeable operational conditions.

In other words a canister must be able to withstand, without rupturing, at least twice the maximum force that the propellant is able to deliver, under any circumstances.

In my estimation the Takata’s container design is only just robust enough to restrain the blast from fresh propellant. That is, the Takata modified ammonium nitrate which has a slightly lower VOD (Velocity of Detonation ).

When we add poor manufacturing control into the equation with such a marginal design it is not unreasonable to argue that even a brand new inflater is subject to rupture.

Therefore by engineering standards that are normally applied in Australia it appears that no Takata airbag inflater canister can be considered safe … new or aged.

How this has happened and why has the propellant been made a scapegoat. This needs a further insight into the design of the Takata airbag .

As I understand there was a flawed and ruthless marketing philosophy that was embedded in the “Takata development program” for these airbags. Takata was already a major supplier of safety belts and other car components but a late starter in the airbag market. It desperately wanted to become market leader as quickly as possible.

The product had to be more cost effective than existing products on the market … the number one factor in marketing to the vehicle manufacturing industry.

Secondly, it had to offer some significant design features which were attractive to the vehicle manufacturers over existing products from other manufacturers.

Up to the time of the development of the Takata airbag system the products from established manufactures were on the clunky side; a limiting factor in the making of attractive interior design for vehicle manufacturers. These chunky designs were the result of using using safer propellants necessitating a larger inflater with appropriate design safety standards.

This enabled the containment canister, that holds the blast but lets out gases quickly into the airbag itself, could be reduced in size.

By keeping the container’s construction (to use the minimal amount of metal in the walls as possible), the canister size could be reduced even further. Less metal content meant reduced material costs, critical cost saving in high volume manufacturing. A win-win situation … but taken to extremely dangerous levels.

Therefore Takata was able to market successfully a low cost and slim package airbag system which the motor manufactures integrated into their vehicle designs. It is this complete integration of the Takata airbag into the vehicle that is now inhibiting a successful retrofit of a safer technology.

Using current safer propellant technology the airbag assembly would need to be larger and there is no room for such a retrofit without major and uneconomic alterations to most existing vehicles designed around the Takata system.

In effect if Australian safety standards are applied, then all Takata fitted vehicles, I conclude are a write-off. Even some late models (Australia is often behind in the latest new offerings by the motor industry).

I believe that by the vehicle companies and the ACCC keeping the focus on the ammonium nitrate propellant, the primary effect has been directing the attention from the mechanical integrity of the containment canisters. Canisters that break Australian design standards in consumer law are therefore “not fit for purpose” and there is no reason these canisters cannot be investigated in Australia for inherent design failure.

Therefore, the current “like-for-like” situation has been implemented even though the only advantage I am able to see is they contain new propellant. There is no indication I have been able to find that the containment canisters have improved integrity.

There has been a dramatic increase in recent weeks from mainstream media exposing the airbag saga. With the ACCC getting some sort of act together whilst still prevaricating on whether to implement compulsory a recall order on the vehicle industry. It is keeping the focus on consumer rights … particularly on number of vehicle companies now revealing deep reluctance to co-operate; further determining which models have the dangerous Takata ammonium nitrate technology and those that don’t.

In the August 15 ABC midday news a spokesperson for the ACCC said there were nine staff working on the airbag saga – as if this was an impressive effort. Perhaps a staff nearer 90 would be more reassuring with the motor industry being charged for their salaries!

What has been conveniently forgotten (I mentioned this in both my previous articles), is that there are also State laws covering dangerous goods.

All states have laws governing propellants, explosives and other dangerous goods. Items such as marine flares are in an exempt category, as are airbags. However, they must comply to standards and be used in accordance to set protocols.

When an exempt product is suspected to be faulty and most particularly if able to cause death or injury, then it cannot be knowingly sold to the public and must be notified to the State H&S department, who now are responsible for implementing the act. Breaching these laws is not a civil but a criminal matter.

I believe these State laws should have necessitated the withdrawal – by the dealers and vehicle companies – vehicles with suspect airbags at least two years ago; and have prohibited the “like-for-like” replacement program currently under way.

Hundreds of thousand of cars have been sold over the two years since this problem was understood in Australia (probably much longer by the Australian industry). I am unable to understand why, with so much data that is now forming a prima facie case.

I would think there is a strong case the Northern Territory head injury and NSW death incidents could be pursued by police under these State Laws, yet it seems no action is currently being taken. The serious traumas seemingly were not caused by the collision but by vehicles being sold probably non-compliant with the State’s dangerous goods Act.

They should have never left the showroom floor.

Such action would also force the motor companies to prove safety of the Takata airbag and not have the shelter of civil law.

I would think, under the State Dangerous Goods Act, that people who bought vehicles with Takata airbags were being sold an illegal product which the sellers had no right to enter into a contract with. As a consequence, purchasers may have rights in a civil court under contract law, irrespective of Federal consumer rights law.

It would seem we have laws to prevent such catastrophic events happening, yet somehow these laws seem to have been evaded. Such is the gigantic scale of the airbag saga with so many unanswered questions both by the motor industry, the Federal, State governments along with regulatory authorities.

I believe a Royal Commission should be set up to investigate this whole dreadful saga.

What brought about this, now, trilogy of articles was inquiries into the validity of third party insurance for vehicles fitted with Takata airbags. Julie Collins my local MP has been making inquiries on my behalf after my own drew a blank. So far Julie has informed me that there are no replies from her endeavours.

The policy of insurance companies is going play a determining role in the life of a Takata airbag-fitted vehicle. Even if drivers are prepared to drive these vehicles with the “like-for-like” replacement canisters that offer the safe deteriorating compromised safety standard.

Ultimately the life of these vehicles is how long the insurance companies are willing to insure them?

My experience is that the insurance industry is keeping a very, very low profile. Technically, I would think, at the moment they may be insuring many vehicles that have been supplied to market illegally?

• Kelvin Jones in Comments: Simon … What an incisive comment. Even if I had to consult the dictionary for the meaning of “malfeasance” before it made complete sense. You have certainly added to intrigue and complexity of what I believe is a shameful saga in this country’s history in the defence of “vested interests” …