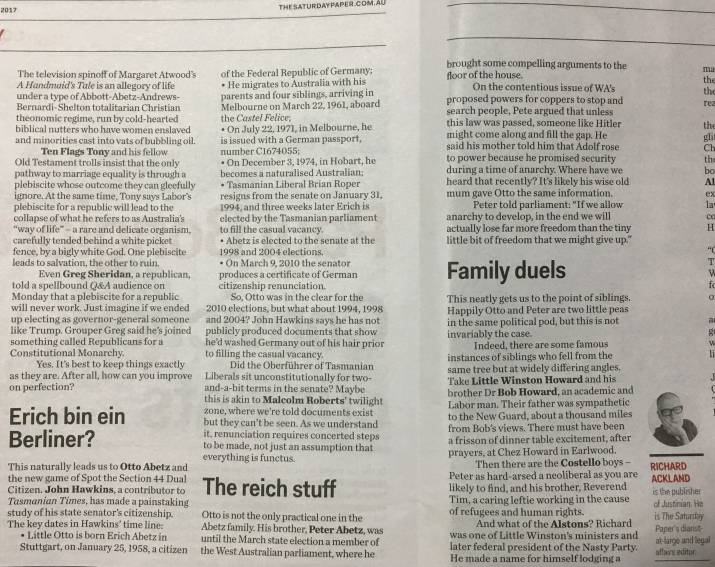 The Eric Abetz affair has been given national traction by Peter Whish-Wilson, HERE and The Saturday Paper, HERE.

Oh to be a fly on The Senate wall where PWW is tipped to ask a question. You can watch to see if PWW asks the question HERE …

*Lindsay Tuffin has been a journo since 1969, mainly in Tassie apart from a few years elsewhere in Oz, and in Pomland where he had a brief stint as a youth worker and where for five years he edited ‘Buzz’ – a magazine dealing with church and social issues and which was beaten in audit circulation in the Specialist Interest category by Aero Modeller magazine …!