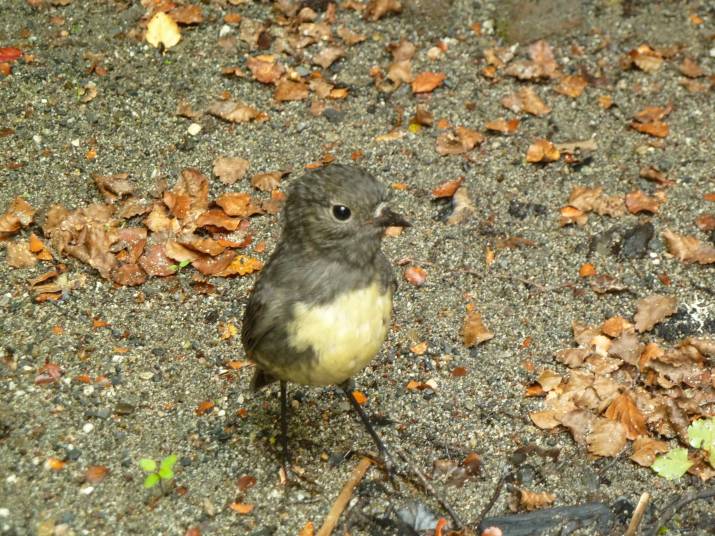 The New Zealand government under siege for its frenzied use of 1080 poison in its “Battle for the Birds” seems headed towards using controversial genetic engineering to attack predators. However the proposal has been strongly debunked by conservationists who say the problem is not predators but government’s “maniacal” use of the ecosystem poison 1080.

The proposal to introduce genetic engineering came from the NZ government’s Parliamentary Commissioner for the Environment physicist Dr Jan Wright. In a statement Wright again reiterated her belief in 1080 poison and added it was essential 1080 aerial drops continue, because of the poison’s unmatched ability to quickly kill predators over large inaccessible areas. Using 1080 was also cheap and a vital tool to tackle the rodents and stoats that erupt in cyclic beech seeding mast years – the years when trees flower heavily and produce more fruit and seeds than normal, providing ample food for predators she added. The NZ Government had allocated $21 million in the Budget for this year’s beech forest mast, which was expected to be heavy.

But Dr Wright added another tool to government’s anti-predator actions by suggesting inbreeding by species such as the ground parrot the kakapo needed to be addressed by genetic engineering. Wright who retires soon, acknowledged GE was a controversial suggestion but backed the potential uses for genetic techniques to control predators and protect birdlife.

Her continued support for 1080 and now the addition of GE, brought quick response.

Tony Orman author of books such as “New Zealand’s Beautiful Wilderness” and “Fishing the Wild Places”, a wildlife photographer, fly fisher and deerstalker, described Dr Wright’s support for 1080 as “dogmatcally blind” while her GE idea was “wacky science” that was “economically ignorant and self-defeating.”

“To be fair Dr Wright qualifications are not a scientist of ecological matters but one of physics and public policy,” he said. “I’m not sure why she got the PCE job in the first place. However I’m sure she might be a very good at physics.”

Dr Wright’s belief that 1080 had “unmatched ability to quickly kill predators over large inaccessible areas” was single focused and ignored that 1080, initially developed as an insecticide would also kill invertebrates, birds and animals over the same large areas.

The PCE’s idea of GE was economically destructive as New Zealand based its export of primary produce on a “100% pure” and “clean and green marketing brand”. Consumers in export markets were increasingly and rapidly becoming environmentally conscious and aware.

Conservationist Bill Benfield author of two books dealing with NZ’s 1080 use and its destructive effects said it was sad to hear the government’s Commissioner for the Environment continuing to reiterate her support for poisons and now adding the bizarre case for GE to government policy.

Virtually every country had banned the toxin but NZ continued because its government agencies made big profits from ‘pest eradication’ industry. As for science he said anyone who spoke out against the ‘maniacal ecological madness’ was likely to lose his or her job.

“Why are New Zealand’s native birds declining? The answer is the crazy carpet bombing of large wilderness areas. But in a weird sleight of mouth the Department of Conservation says birds are declining because of predators.”

Bill Benfield explained that kiore rats were introduced to New Zealand by Maori migrants about 1350 AD. Ship rats probably came about 250 years ago with English voyager Captain Cook and possums and stoats were introduced by European settlers 150 years ago. If by Dr Wright’s thinking, predators are an invasive, menacing tsunami, all of those predators would have eliminated birds within 30 years of introduction.”

The reality was predator-prey relationships were quickly established by Nature. Consequently birds remained relatively abundant thoughout centuries and most of the 20th century. The Department of Conservation was formed in 1987, giving birth to its “deranged, dumb obsessed” poison policy he said.

Tony Orman said during the last summer he trout fished the upper Wairau River in backcountry Marlborough on four occasions. The beech forested valley had been subjected to a succession of aerial 1080 drops over recent years. He described the valley each of the four days fishing, as devoid of bird life such as bush robins, fantails, tomtits, falcons and hawks.

“It was deathly silent,” he said.

However 20 kms downstream out of the area poisoned, where he fished on the same day, there were birds such as fantails and bush robins.

He said government’s and Dr Wright’s excuse of “beech mast years” was inaccurate. Beech mast years had been happening for millions of years with natural cyclic changes in food chains.

Footnote: Bill Benfield’s books ‘The Third Save” and “At War with Nature” are available through Tross Publishing, Wellington, NZ.