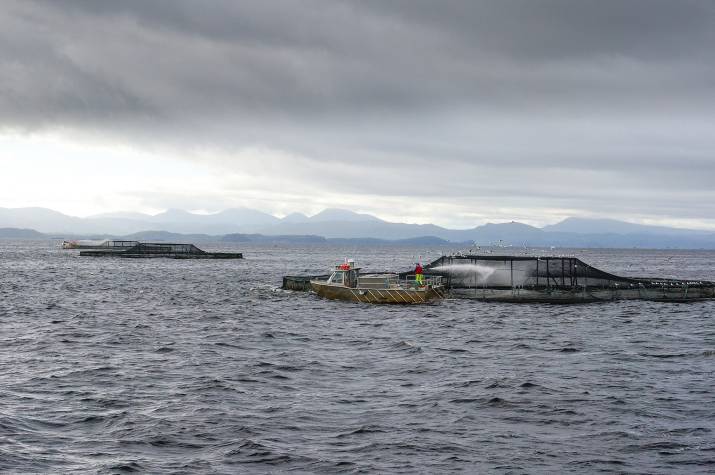 • EPA Biomass Limits Well Off Target “Alarm Bells are ringing across the State with this decision.”

The EPA said in a Media Release …

The Environment Protection Authority (EPA) has received a draft proposal from Tassal regarding a trial to vacuum solid fish waste from the sea floor under its Franklin lease in Macquarie Harbour.

EPA Director, Mr Wes Ford said that he had decided that the proposal, which was still only at a concept stage, should not proceed at this point.

“I have advised Tassal today that the trial should not proceed given the uncertainty about the technique and unknown potential impacts on the environment in Macquarie Harbour,” said Mr Ford.

“While the proposal was for a small area under one pen bay, seeking to extract less than 15 cubic metres of waste, it would require assessment under the Environmental Management and Pollution Control Act 1994 (EMPCA).

“Currently there is only limited information available about the proposal, it may have limited application as a future management technique, and assessment of the trial would require significant resources and time.

“Should Tassal wish to progress the proposal further, they would need to prepare a comprehensive Environmental Effects Report and any future application would require a full statutory assessment by the EPA Board under S27 of EMPCA.

“Therefore, I don’t believe it’s appropriate to continue with the trial, particularly in light of the broader issues associated with the management of Macquarie Harbour I am currently considering,” said Mr Ford.

• SPF Tasmania Says No to Dredging in Macquarie Harbour

• Peter Whish-Wilson: Where is Federal Environment Minister in the Macquarie Harbour Mess?