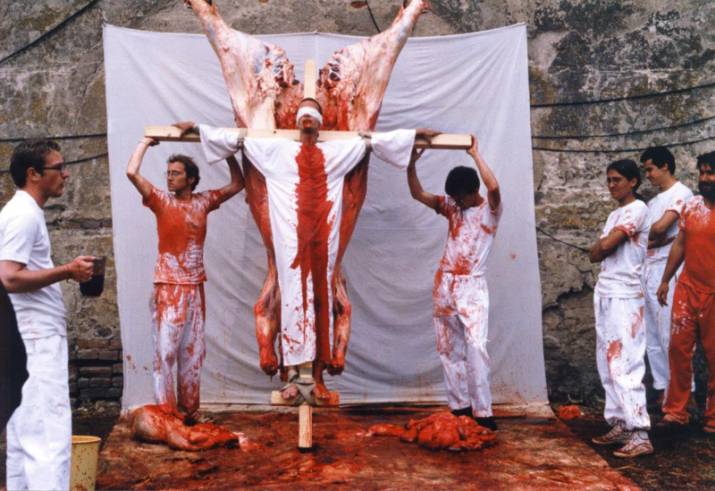 Ever heard of them? Of course you have. You probably studied them and they are all modern classics still on the reading lists of University English courses everywhere.

I cite them as just a brief sample of the hundreds of books banned by the Australian government when I was a kid. Back then in the good old days of instant coffee and the white picket fence I couldn’t wait to get hold of them.

As an aspiring literary type (what ever happened to that ambition) I felt it was my duty to know exactly what were the words the politicians didn’t want me to read. My coterie of similarly inclined mates had ready access to these books in the same way our kids today have ready access to illicit drugs.

Wouldn’t you love it if you caught your kids sneakily reading any book let alone a banned book.

Were it the latter, as a libertarian I would double their pocket money. Not much chance of them claiming the reward though unless I force them to read this column.

We circulated the seditious literature and read it at home in secret. The well- thumbed pages always fell open at the good bits but we didn’t turn into whatever monsters the government feared the bad words might engender.

Well maybe we did. The foolishness of banning books was my first realization that the law was, as Mr Bumble in Oliver Twist (Dickens,1837), ‘An ass’.

So I was duly summoned to the office of the then Attorney General of the State of Tasmania, the Hon. Max Bingham QC. Actually I remember being ‘invited in for a cup of tea’, which didn’t seem too scary.

I had no idea back then that in China forty years later being ‘invited in for a cup of tea’ could be a precursor to simply disappearing. But Mr Bingham turned out to be a real gentleman and a true lower case liberal.

Max was much smarter than today’s local pollies. He was an Oxford law graduate and a Rhodes scholar from my university. Accordingly he was at pains to explain that, “While a book is banned, I don’t think that in a university newspaper it should preclude a measured appraisal of the work even though you have technically broken the law.”

Relieved, I politely drank my cup of tea, ate my raspberry cream biscuit and left the Attorney General’s office with the realization that there was one law for insiders and another for the rest of the mob. It was just as George Orwell, another author once banned in Australia, had observed in his political satire ‘Animal Farm’.

The calls for the banning of Hermann Nitsch’s ‘performance ritual’ at Dark Mofo are as pointless, vapid and misguided as censorship always has been. Who are they trying to protect? And from what exactly?

This newspaper (Mercury), which in my lifetime has not always been the champion of tolerance and liberalism that it now appears, was quite right to editorialise that if you don’t like it, protest by staying away. The bull will have already been humanely euthanized (which is better than I’ve seen in many abattoirs) and as for ‘ritualising violence and cruelty’ as the Ban the Bull lobby claim, I say “take a look at what your kids are watching on Foxtel and Netflix.”

Of course if it goes ahead it will be confronting but then not so confronting as a trip to the abattoir. The animals there I can assure you from personal observation do not always die a quick and painless death. The bolt to the brain sometimes misses its mark and the heaving, jerking and terrified animal is raised aloft into the disassembly line clearly alive and in agony.

I imagine the point of this ‘performance art piece’ is to draw attention to the darker side of our civilization, the bit we prefer to ignore. Art should sometimes be confronting whereas censorship doesn’t really want to stop cruelty and violence. It just wants silence.

I’ve read the letters of complaint in the newspapers and all the outrage on social media about Hobart’s relatively anodyne though public version of what actually happens to cattle seven million times a year in Australian abattoirs.

Let me repeat that for the complainants. SEVEN MILLION TIMES A YEAR. And you are upset about one, maybe or maybe not arguable ‘work of art’ involving a humanely euthanized bull.

I think you should all get out more.

I would like to host some reality check tourism to some of the places I have been. How about a week in Kabul? Or a tour of the slums of Kathmandu and Mexico City where children die for want of a dollars worth of antibiotics? Or take in the anarchic terrors of a sub-Saharan refugee camp where no one is safe?

Get off the sofa and the social media and take a risk. Danger might give you a real perspective on life. But since I fear you are probably not up for that, why not try some performance art at Mofo. You will be safe and probably even your prejudices will remain intact.

But at least you will know what you want to ban.

*Charles Wooley is a legend of Australian journalism, partly through his history with Sixty Minutes . He writes for Mercury TasWeekend, where this column originally was published …