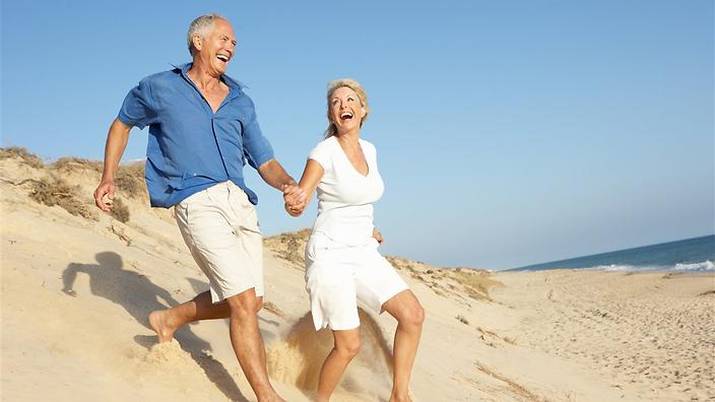 What a rotten time to be young. The place is full of old farts. The biggest cohort in the Australian demographic is now mid to late sixties. When I was young everyone was young and that was comforting. Now everyone is old and there’s nothing comforting about that. It’s alarming. Old farts are everywhere. There’s even one peering at me while I shave.

I’m writing this at my usual post in Salamanca, the old fart epicenter of River City. Maldini restaurant is an old fart favourite. Bruno, the owner welcomes them. I’d be alarmed that they might die in there and give the joint a bad name. However down among the Salamanca colonial sandstone old farts are the ones with the money. They plan to live it up and never to die, so presumably there won’t be much left over for the kids. My mum has lived forever. Next month she will turn 100. She can’t make it to Salamanca any more but when (and if) she dies I shall be surprised if there’s enough left for a round of drinks.

Meanwhile an old fart has just tooled into the parking space beside my low cost Saab convertible. Annoyingly the vain old codger is in a BMW 420d convertible, which would have cost him about $89,000 according to my mate Google. He sits there in a luridly striped shirt while the car roof is smoothly absorbed into his shiny black indulgence. I leave my roof down, but old farts are usually paranoid and I suspect this bloke feared that while his back was turned some envious young person would piss over his expensive grey leather seats. Don’t be shocked. I know old farts and that is exactly how they think. And were I a teenager with no chance of ever owning a house let alone a new BMW, I would be very tempted. Indeed I suspect the only reason some envious old farts never piss in other old farts more expensive convertibles, is because they can no longer achieve the necessary trajectory.

Exiting the car proves much more difficult for my old fart than the smooth ingestion of his car roof. There is a lot of puffing and straining before he reels inelegantly out of his ‘beemer’, banging the car door into a grey VW parked on his right. Sartorially loud above, Mr Lairy Shirt disappoints down below. He is wearing baggy low-slung Levis a couple of sizes too big. I don’t have to be Sherlock Homes to deduce that given the apparent weight loss he’s off to the gym with all the other old farts, trying to turn back time.

My Dad went gently into old age. He embraced old-fart-dom. From the day he retired at 65 he did absolutely nothing until he drifted away at 92. He became so resolutely inactive I worried he might check out without anyone noticing he had left the building. But he did senescence masterfully. No relevance deprivation, no sports car and no membership of a gym. Indeed long before the Koran got much press the old man would say, “the Prophet forbids unnecessary exercise.” He read like a scholar and he ate like a horse and I swear he did nothing else for a quarter of a century. I think he died happy. Except for our last conversation at the end of a very brief stay in a hospice, which went like this:

“Six-thirty in the afternoon, Dad.”

“Six-thirty and I’ve had nothing to eat all day!”

The VW owners have returned. They too, of course are old farts, but elegant like the couples in those retirement advertisments. He is tanned and still has plenty of hair which is steely grey matching the VW. She is a slim blonde with hints of platinum. They are travelling well but might not yet have had the laser treatment for their vision as they fail to notice the new dent in their car door. They motor off in a northerly direction, I fancy towards a stylish retirement condo on the shores of the Derwent with attached golf links, pool and tennis court and the company of other fit and tanned not so old looking farts living the retirement dream far from the grim realities of hip-replacements and the urologists couch.

Kiddies, there’s no point in resenting them, despite your HECS debt, their Medicare costs and the fact that you might never own a house, you just have to accept the reality that they are not going away in the foreseeable future. So your best bet is to join them. The average Australian lifespan is now pushing into the mid eighties and perhaps beyond so that by the time they reluctantly call it quits you will be the old farts. The truth is, as some perceptive old fart once composed hundreds of year ago on a headstone in an Irish graveyard:

Remember Man as you go by
As you are now so once was I
As I am now so shall you be,
Prepare yourself to follow me.

*Charles Wooley is a legend of Australian journalism, partly through his history with Sixty Minutes . He writes for Mercury TasWeekend, where this column originally was published …

• Betoota Advocate: Baby Boomers Happy For Nothing To Be Done About Climate Change Until After They Die