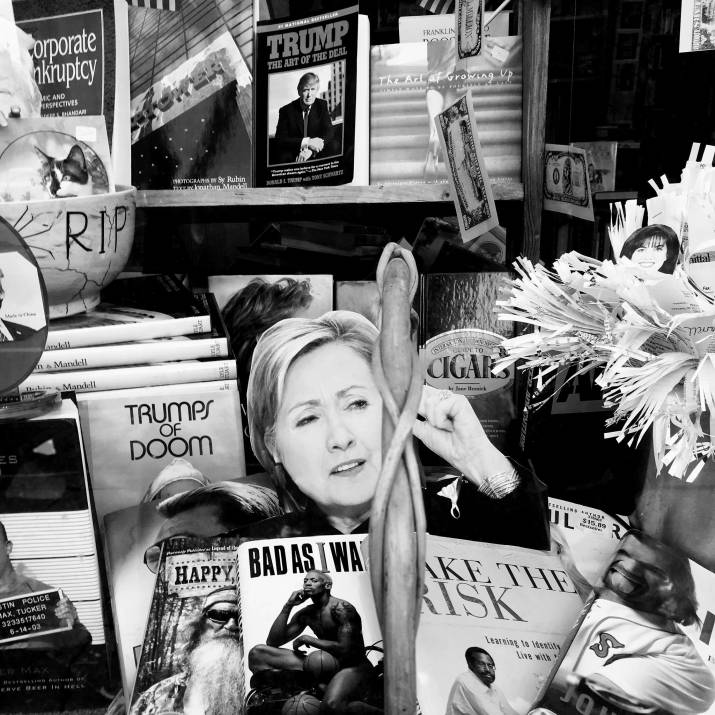 You see them here, you see them there, you see them almost everywhere … yes the lumpen proletarian are being conjured up eerily across the globe at the behest of some rather nakedly ugly politicians playing racist tunes. And indeed they have a new Clinton-coined name … the basket of deplorables.

The lumpen proletarian are a Marxist concept. So let’s reach into the farthest corner of our bookshelves, dust off Marx’s Eighteenth Brumaire of Louis Bonaparte circa 1852 and search for some meaning relating to the group. Lumpen is a German word, either miscreant or rag and describes those members of the working class whose self-interest and deviance and would never see them participating in the revolutionary rise of the workers. Marx points out that the lumpen proletariat was used as a power base by Louis Napoleon who as a member of the finance sector was subsequently a member of the lumpen class as he had no role in the means of production! (Interesting to deviate with a swift glance at the global financial crisis and Wall street … the lumpen finance folk in catastrophe mode??)

However back into argument …

A cosy arrangement of name calling … however there is a little more to the story. Democracy is based on a greater society agreement. This covers sufficiently intelligent voters electing a party who present an agreed set of policies on how taxes from this intelligent electorate will be spent. In the US the Republican Party and its extreme right cohorts such as the Tea Party well prior to Trump started the process of smashing this decent covenant between the elected and the electorate.

If we move closer to home it might be appropriate to mention Hanson as smaller, simpler lumpen fuhrer, but she is not the cause!! She like Trump is little more than a mouth piece for dissatisfied lumpen proletarian and the causes of it rise in Australia lie elsewhere.

Let’s start with the Liberal Party and it cohorts in that odd little group the IPA. Both sing the ultra right mantra … tax cuts, tax tax and more tax cuts for businesses who are encouraged indeed expected to diddle, even swindle the ATO.

Following Abbot’s disastrous first budget, his and Joe’s second attempt namely Tony’s Tradies budget was clearly about self interest of the smaller members of the economic community. Abbott probably dreamed of a knighthood for his part in the destruction of the social accord

Malcolm Turnbull as the representative of Sydney’s eastern suburbs slew poor old Northern Beaches Tony and pranced around with the 50 billion tax cut for big business. Gasp rocketed around the countryside and the lumpen proletarian decided to dance off to another tune. The nasally impaired Hanson and her empirically insolvent deputy Malcolm Roberts rubbed hands with glee.

On the margins the lumpen proletariat are being scuttled up by the ultra right desire for the destruction of the social accord. Groups are selected as a hate focus. It appears that the lumpens are gratified when others are taunted and reviled.

Some of the deplorables want a very destructive society where nothing works for anyone even themselves.

Enter the lumpen fuhrers, Trump Hanson etc politicians reaping the rewards of the seeds sowed by the ultra right. Interesting to watch the Liberals the Republicans etc running scared of the little genie they released but are not quite sure how to recapture the lumpen proletarian.

How long before we hear heil Hanson dear leader?

• Josephine Zananiri lives in the Independent electorate of Indi in Germantown Vic and currently works in the manual labour arena tending native and exotic trees, so has plenty of time to think. Followed everywhere by her two dogs Percy and Fino who generally agree on all subjects, only occasionally deserting the conversation in the chase for samba deer! Slight differences in logic can therefore be attributed to the two woofers leaving their critical post!