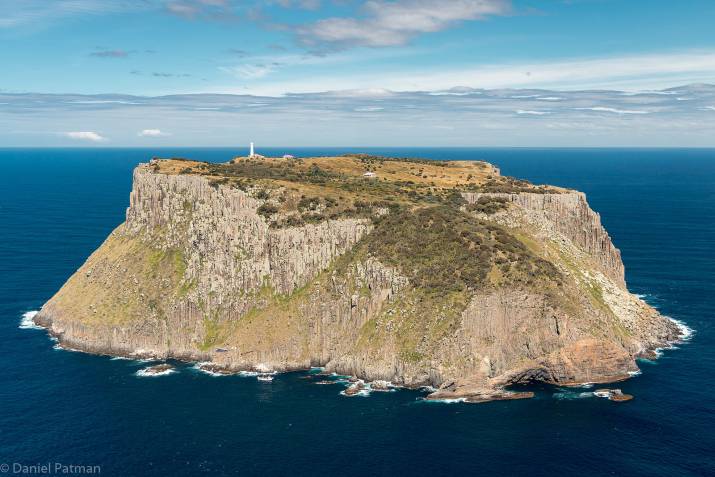 Is this true? Is Tasman Island and its historic buildings opening for commercial development as the Tasmanian Conservation Trust claims … ?

Here is the Trust’s Media Release …

The Tasmanian Conservation Trust has for the second time this year exposed the Parks and Wildlife Service for misleading the Tasmanian pubic in changes to a National Park management plan.

The PWS has proposed changed to the Tasman National Park management plan to allow commercial helicopter handings on Tasman Island, but during the public consultation process it failed to explain that the consequence of this change would also make the historic buildings on the island open for redevelopment for commercial accommodation. The PWS did not explain that without helicopter access no tourist operator would risk taking customers to the island by boat.

The TCT understand that the PWS has spoken with commercial operators interested in using the historic buildings and that the PWS is expected to fund the building upgrades.

The period for public comment on the proposed changes to the Tasman National Park plan closed yesterday.

TCT Director Peter McGlone said today that “it is a very serious corruption of process for the PWS to fail to explain that allowing commercial helicopter access will facilitate commercial development of important historic buildings on Tasman Island.

“This is a serious omission and is highly misleading and is sufficient to warrant the current consultation process being restarted.

“This will facilitate the privitisation of publicly owned historic heritage, which is outragous in it self, but to make these changes in secret is astonishing. Questions must be asked on the Minister Matthew Groom.

“What did the Minister know? Will he rule out public money being use to privitise public heritiage? Will he restart the consultation process?

This abuse of public process over Tasman Island follows the debacle with the proposed changes to the Freycinet National Park Management Plan earlier this year, where the public information about the extent of the zoning change at Coles Bay was grossly misleading. In our view this amplified public concern and was a contributing factor to the proponent withdrawing its proposal.

The period for public comment on the proposed changes to the Tasman National Park plan closed yesterday. As well as raising the issue of historic buildings, the TCT’s submission stated our opposition to commercial helicopter landings due to;

– unacceptable and unmanaged impacts on sea eagles and other sea birds;

– impacts on the enjoyment of the national park by other users;

– an increased risk of uncontrolled fire from tourists smoking cigarettes, which threatens native vegetation and buildings;

– most importantly, a greatly increased risk of the introduction of invasive species in particular rats and mice which are currently absent from the island.

*Lindsay Tuffin has been a journo for nearly five decades, in Aus and Pomland …

• Andrew Ricketts in Comments: This change proposed does not have any supporting publicly available reports. It is surely connected with the DSPP planning scheme changes. It is designed to avoid rights of appeal later on I have no doubt. Yes the Tasman Island area is important for albatrosses and eagles. That is the most concerning aspect of the change re the helipad for tourism. It is windy place not that suited to helicopters carrying tourists. The existing boat tours are far less intrusive, less invasive and safer. The lack of adequate background information from Parks or the proponent is very poor. If you ask the Southern regional Parks planner you may gain an ability to make a late comment on the amended Tasman National Park Management Plan.