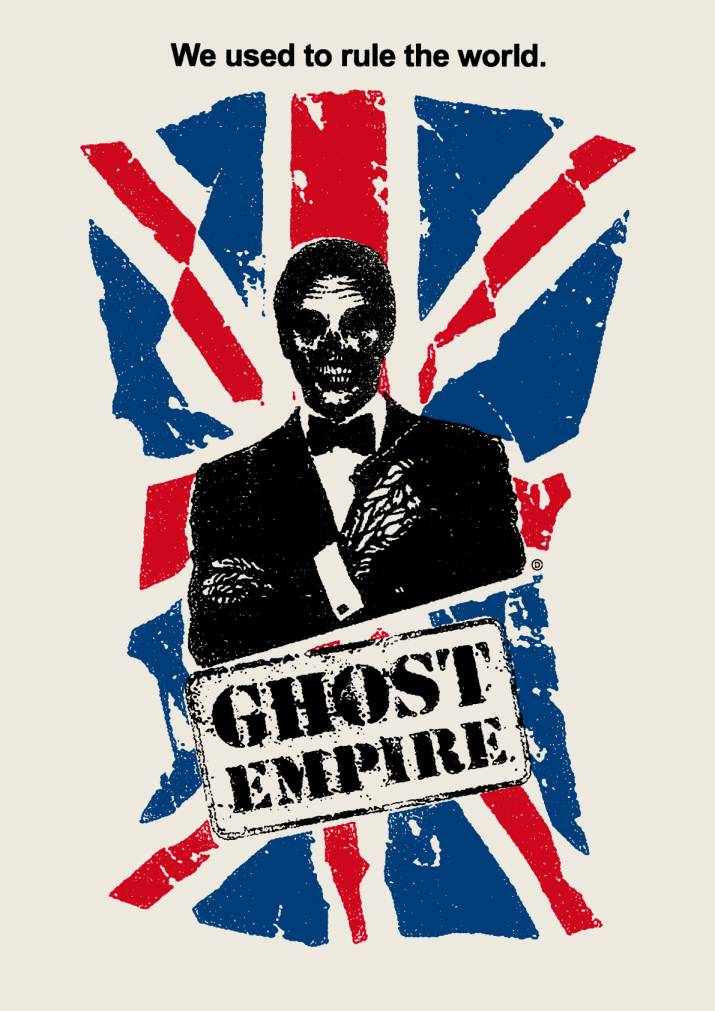 Political philosophy, like other realms of moral philosophy, deals with issues which cannot be settled by a formal test or procedure – such as a rule of law or the judgment of a political official; either because there is no rule or the rules are unclear, so that someone must first decide what the rule should be.

A classic issue of political philosophy arises from the decision by the British Government, in response to a national plebiscite, to leave the European Union. Put simply, the question is whether members of the UK Parliament have a duty to support the Government by accepting the ‘will of the people’. To understand this issue, and how it arose, one must first clarify the relevant law.

That process began in mid-July, 2016, when Gina Miller, a Guyanese-born funds manager, philanthropist and outspoken critic of hidden fees and other dubious investment practices, began proceedings in the High Court to protect statutory rights arising from membership in the European Union. No one, it seems, thought she had much of a case.

Notwithstanding, on 3rd November the British High Court shocked the Government and the nation by ruling that Article 50, the legal provision which governs the Brexit separation process and which the Government assumed it could activate using the prerogative powers of the Crown, requires legislative authority.

The decision in R (Miller) v Secretary of State for Exiting the European Union [2016] EWHC 2768, rested on the Court’s ruling that legal rights created by Parliament can only be taken away by Parliament. It means the UK Parliament, which opposes Brexit, is free to ignore the plebiscite and pursue its own view of the nation’s interests, including those of later generations.

On the same day David Davies, the Minister of State for Exiting the European Union, told the BBC the Government would now appeal because

‘Parliament was sovereign and MPs had voted by six to one to give the British people the final say on whether or not to leave the EU…. The people, who were also sovereign, then delivered the biggest ever electoral mandate, to leave the EU.’

This seemed a persuasive argument until UKIP MP Nigell Farage, the colorful leader of the Brexit movement, conceded that the plebiscite was (as the High Court found) an advisory procedure with no legal consequences. This did not, however, moderate his claim that Brexit might not succeed because MPs were still opposed and the ruling could now be the start of a ‘deliberate wilful attempt’ to ‘betray’ voters.

The populist media took up this theme in a scathing attack on the Court, with a Daily Mail front page showing portraits of the three judges above a large caption ‘Enemies of the People’. The ruling had, it said, ‘defied 17.4 million Brexit voters and could trigger a constitutional crisis’ (because) an ‘unelected panel of out of touch’ judges had ruled that ‘embittered Remain supporters in parliament should be allowed to frustrate the overwhelming (52% to 48%) verdict of the British public’.

In due course Tory MP Elizabeth Truss, the Lord Chancellor – who is responsible for the integrity and independence of the courts – reminded the media and public that the duty of judges is, first and last, to uphold the law of the land. This is, however, unlikely to sway those who believe the essence of democracy lies in accepting the will of the people as sovereign – that governments, in the end, must do what the public wants.

This is the question of political philosophy now facing the UK Parliament: To what extent should public opinion define the duty of members? There may be no legal duty but perhaps there is an implicit duty, based on democratic theory, to respect the will of the people, even if it is a slim majority with little knowledge of the consequences, and may change as these become more clear.

Most Brexit supporters take this for granted and many will see it as another conflict between ‘the people’ and elitist politicians – between democracy and the idea that those who hold power can impose their own views on the community. It adds to the distrust of institutional practice and ‘establishment’ politics, now seen as a world-wide phenomenon. This sense has been strengthened and focused by PM Theresa May’s commitment, unusual for a leader of the Conservative Party, to reduce inequality as a central aim of her government.

The same idea of popular democracy has been a recurring theme in Australian debates over same-sex marriage, with the coalition insisting that the plebiscite is a special case – an exception to the principle that members of parliament are elected and paid to govern the nation, rather than a political choice inconsistent with that principle. No one, as yet, has explained the rationale for this special treatment.

However that may be the debate is, in the end, about the duty of an elected member, seen by most constitutional theorists as a choice between two theories of this role. According to the ‘representative’ theory of democracy the politician is an agent to serve the interests of the community; on the ‘delegate’ model he or she is a servant who must do what the community wants.

The most famous exponent of the representative theory was the 18th century British conservative philosopher Edmund Burke, who said

‘It is his duty to sacrifice his repose, his pleasures, his satisfactions, to theirs; and above all, ever, and in all cases, to prefer their interest to his own. But his unbiased opinion, his mature judgment, his enlightened conscience, he ought not to sacrifice to you, to any man, or to any set of men living … Your representative owes you, not his industry only, but his judgment; and he betrays, instead of serving you, if he sacrifices it to your opinion.’

The representative model has been near-universal in practice, both in Westminster and Presidential systems. In day to day politics it sees a continuing tension between winning the support of a majority to get elected, and a belief that those elected must govern for all citizens, not just those who voted them in. It is why, after particularly divisive campaigns, it is common practice for the winner to re-affirm this commitment.

The ever-present risk of a ‘tyranny of the majority’ may well explain the preference for ‘representative’ over ‘direct’ systems of democracy, as in Swiss cantonments, where the public votes on legislative proposals. But there are also compelling practical reasons, such as the huge expense and the disruption of community life. This is quite apart from the need for expertise to understand the consequences, in order to assess the merits, of policies in contention.

However that may be, if we accept the theory of representative democracy as put by Burke, and if we do so because we believe the government must treat all citizens with equal concern and respect, we cannot say democracy means doing what the majority wants. We must say instead that democracy means the majority has the right to decide who makes the law, leaving open the question of what laws they should make. While this might seem an obvious and necessary distinction many people, including politicians, find it difficult to grasp.

None of this, however, is a reason to dismiss plebiscites out of hand and many political systems now include ‘citizen’s initiatives’ to address issues ignored by the governing parties. These are now common in the American states, notably in California, where 17 ‘propositions’ were tacked onto the recent Presidential election. Depending on the numbers needed to initiate the process, they allow concerned groups to ensure politicians address the issues they raise.

These are a mixed blessing because they are vulnerable to the same lobbies, including corporate bodies and ‘PACS’ (Political Action Committees) which in America can shape policies to serve their interests by funding the election costs of members of Congress as well as high-intensity and very effective advertising campaigns. There is a useful discussion of these matters, with a summary of direct democracy movements, on Wikipedia.

Australia, apart from those rare instances where a referendum is needed to change the Constitution, does not use plebiscites to decide which and how issues should be dealt with by the Government, and the proposal to do this with same-sex marriage would not have been legally binding. There is, however, a good case for legislation, both state and federal, to permit citizens’ initiatives, with safeguards to protect against the distortions of big money.

This is needed to redress problems which cannot be resolved in ordinary, everyday politics because they serve the interests of one or both parties in a two-party system. Among these is a systemic distortion of the democratic process by political donations, mainly from big corporations. Other issues are the need for an independent inquiry to expose unfair and deceptive business practices, and for a Commonwealth version of ICAC, the NSW anti-corruption agency.

These proposals for reform through a more focused and more direct public involvement may not succeed, but they keep alive a practice of informed and reflective criticism which rests more on an appeal to shared community values than on the conflicts of interest which divide voters and parties. Is there any other way, one might ask, to avoid the polarization which in America is now so extreme that reasoned discussion from shared values and empirical evidence is almost a lost cause?

Finally, and coming back to Brexit, the big question is will the UK Supreme Court uphold the High Court ruling? While only time will tell, those interested in the legal position might note that Oxford Emeritus Professor John Finnis, a leading legal philosopher and constitutional expert – and Australian expatriate – has recently questioned the reasoning of the lower court, that only Parliament can take away the legal rights it created (‘Terminating Treaty-based UK Rights: A Supplementary Note’, Judicial Power Project, November 2nd 2016).

To a non-expert his argument, which examines laws governing the repeal of other statutory rights created to facilitate the European Union seems, on its face, compelling.

It may not be needed; according to the latest BBC reports, Prime Minister Theresa May is said to have a ‘three-line bomb proof’ bill ready and waiting if the appeal should fail. This is a dramatic and as yet mysterious claim, likely to fuel a good deal more speculation in the media, the Inns of Court and in the Westminster corridors of power.

*Max Atkinson is a former teacher at the University of Tasmania Law School with interests in jurisprudence, political theory and moral philosophy. He has written on the ethics of political donations. • His extensive archive is HERE