Tassie Times celebrates the First Day of The Month …

According to Google Maps either Meehan range or Mt Rumney… due east of where we are in New Town. ‘Event Horizon — Awakening.’ Photo © Giles Hugo 2016. Lumix GH-2, Canon FL 58mm f1.2; @ f5.6, 1/60s, ISO 400. [From the Black Hole of Night Comes… Light.]. Prints of Giles Hugo’s stunning photographs are available from The Nolan Gallery, Salamanca, Hobart.

‘Monkey Puzzle Dawn.’ Photo © Giles Hugo 2016. Olympus OM-D/E-M5, Lumix/Leica DG Nocticron 42.5mm f1.2 ASPH; @ f11, 1/750s, ISO 200. [For Yin Siew, Michael Strah, Ray Richards, Janet Appleyard, Lindsay Tuffin, Jane Williams, Annie-May Hugo and all lovers of the First Light of Day. Anne remarked when she woke and saw me on the garage roof, shortly after I had shot this and the sun had risen, that in order to catch these moments, I will have to rise earlier and earlier as spring advances. This was shot at 6.43am AEST. Janet: Talking of ‘special powers’, this is one of my favourite lenses for both fine resolution and colour fidelity — and the most expensive, but worth it!] Prints of Giles Hugo’s stunning photographs are available from The Nolan Gallery, Salamanca, Hobart. 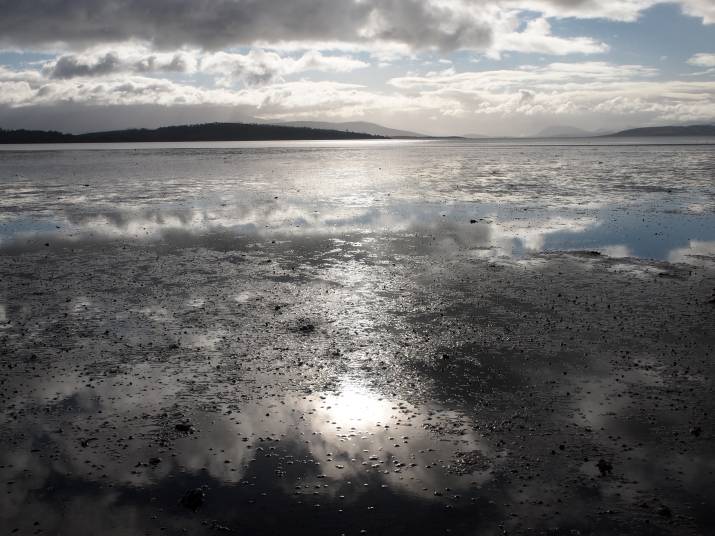 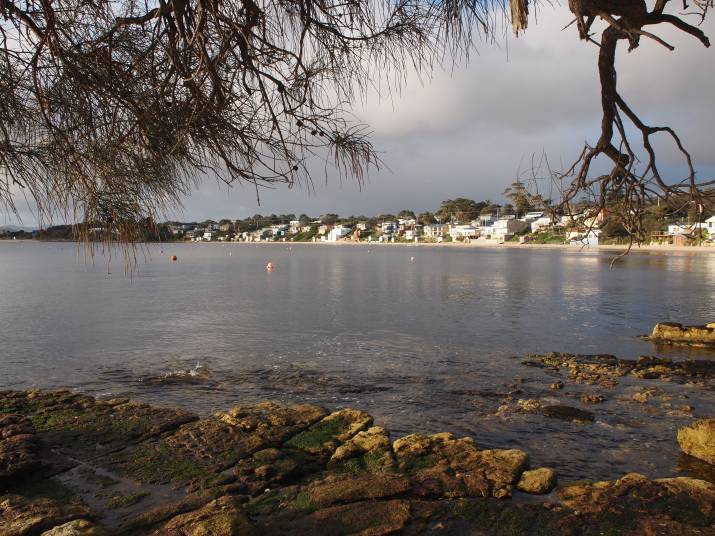 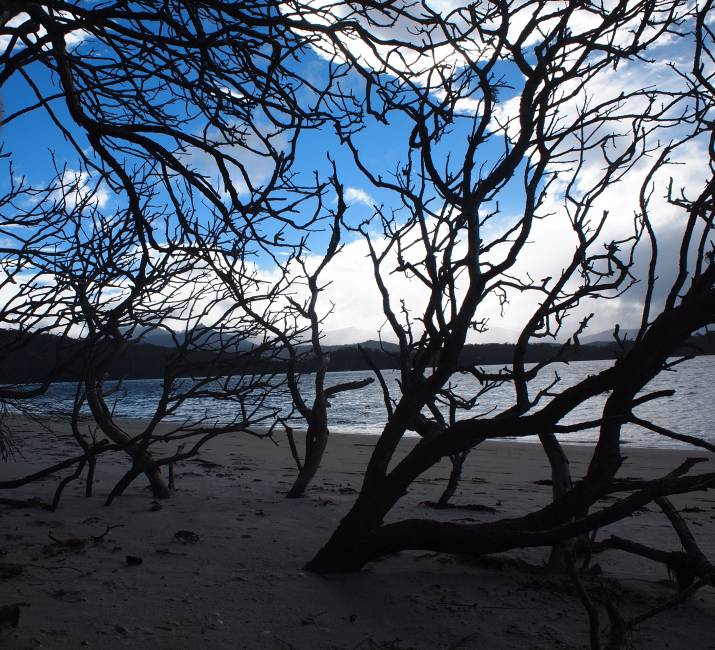 Coming through the track at Cockle Creek. Pic: Isla MacGregor 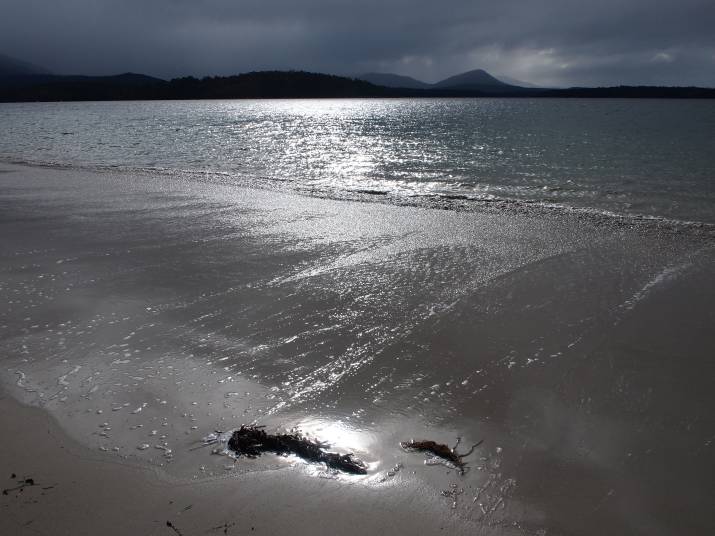