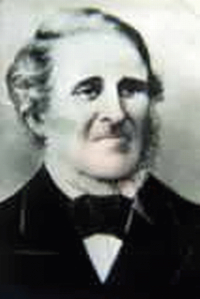 *Pic: Isaac Iles, Rodney Croome’s ancestor. Says Rodney: “I was locked up alone in Liverpool St police station. What got me through was the knowledge that I sat behind bars where a convict ancestor of mine had also once been held. His crime was protesting against job losses caused by industrialisation in the English countryside in the 1830s. His punishment was being shipped off to Van Diemen’s Land.’ 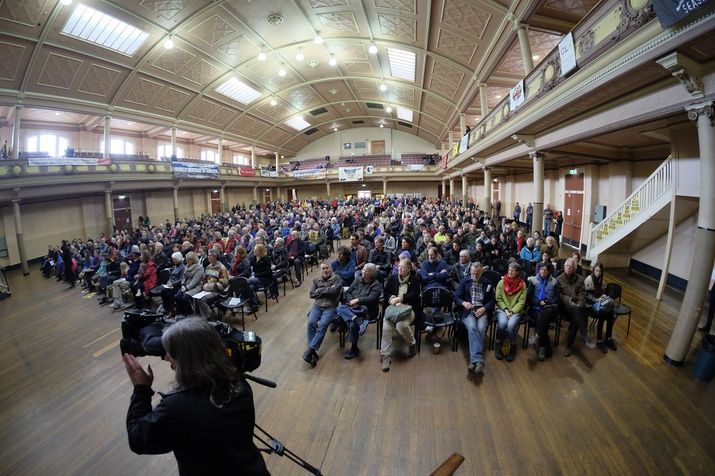 Twenty six years ago in September 1988 the Hobart City Council banned a Salamanca Market stall belonging to the Tasmanian Gay and Lesbian Rights Group because it “didn’t want any homosexuals in its family market”.

It was a small stall with a petition and some info sheets calling for the decriminalisation of homosexuality, but it was a big step in a Tasmania where there was only one publicly known gay person, Bob Brown.

We knew the ban was wrong so we defied it and set up our stall again. The Council brought in the police and over seven successive Saturdays 130 people were arrested while hundreds more gathered to protest the Council’s discrimination and repression.

It was a frightening time for a shy, middle-class boy like me. I was locked up alone in Liverpool St police station. What got me through was the knowledge that I sat behind bars where a convict ancestor of mine had also once been held.

His crime was protesting against job losses caused by industrialisation in the English countryside in the 1830s. His punishment was being shipped off to Van Diemen’s Land.

Protesters like my convict ancestor helped shape our island society. Protesting runs in our veins. Sitting alone in that cell I figured if he could survive and thrive here, so could I.

Because of the bravery and defiance of many hundreds of ordinary Tasmanians, we finally won the right to have our Salamanca Market stall.

From that flowed a more confident and determined movement to decriminalise homosexuality that not only removed the old laws in 1997, but led to Tasmania becoming a far more tolerant and inclusive society than we could ever have imaged when we were being arrested at Salamanca Market.

Symbolic of this change was the Hobart City Council’s decision to mark the 20th anniversary of the arrests in 2008 with a civic reception for those arrested and a public apology by the Lord Mayor.

Tasmania had come full circle. The wounds of the past were healed.

None of this would have happened under the draconian laws being proposed today.

Instead of being held in police cells for a few hours, as awful as that was, we would have faced mandatory gaol sentences and fines of between $10,000 and a quarter of a million dollars for disrupting a place of business.

The threat of such penalties would have been enough to deter the many supporters who ensured the defeat of prejudice.

Some people may say “who cares?” “We’re talking about just another noisy minority”. “Jobs and family businesses are more important.”

One response is that most people, at some stage in their lives, feel the need to protest in defence of some ideal or against some abuse.

Another is that the right to speak and gather freely are human rights just as fundamental as the right to freely go about one’s business.

But the point I want to make today is that peaceful protests move society forward.

The Salamanca protests were a perfect example of how peaceful protesting brings existing grievances to the surface, allowing them to be aired, debated and resolved to the benefit of everyone.

The alternative is a community where unresolved tensions eat away at the social fabric or build up until they explode.

Protest is the sign of a healthy democracy and a healthy society. It is our collective pressure valve.

So let’s defend Tasmania’s proud heritage of peaceful protest. It is critical to our progress as a society.

Let’s abandon these draconian proposed laws. They are an affront to the freedoms and rights we as Tasmanians hold dear.

Above all, let’s keep on protesting. We owe it to all those who have gone before.

• John Hawkins: Witch hunting in the 21st century requires more than a ducking stool and a hot fire …

It is time now that the dust has settled to see what Barnett has achieved after two days of evidence gifted by his so called allies to his so called Committee.

As predicted the stars of the show have pissed in the pot:

Schaap head of the EPA stated that wood and Cameron had broken no laws. Alex this was not what Barnett wanted to hear. He needed and expected another delicious substantially commenced Pulp Mill moment to test our disbelief.

Edwards stupidly let the cat out of the bag on the $11 million subsidy, a bad gaffe that should have engendered many questions over propriety, thankyou Margaret Mitchell in comment 15.

Gordon as the then Head of FT implied that Gunns was trading whilst insolvent for at least a year. Barnett also let this gem slip by with a light laugh. Margaret Mitchell again at comment 1 points out the questions he should have asked.

Barnett has failed as Committee chair to question O Conner of Fibre Plus or Gordon over their combined efforts to arrange the production of a cheque for 16 million to buy Triabunna. No evidence was asked of Gordon under oath as to the FT documentation for this supposed transaction. Well spotted Ben at comment 13

Barnett is beginning to learn that political witch hunting in the 21st century requires more than a ducking stool and a good hot fire.

Barnett the visit of your Committee to a hearing at Triabunna within a month should help to further douse the witch hunting flames.

We must never ever elect you again.

• Nick McKim: New Legal Advice on Radical Anti Protest Laws Legal advice from Mr Greg Melick SC has confirmed that the government’s anti-protest laws carry “…a high risk of capturing individuals who would not in any sense be characterised as extremist”. Mr Melick has also advised that the legislation’s sentencing regime “…diminishes the separation of powers and is likely to lead to unjust outcomes…”, and that “…it is very likely that it could be challenged as to its Constitutional validity…”.