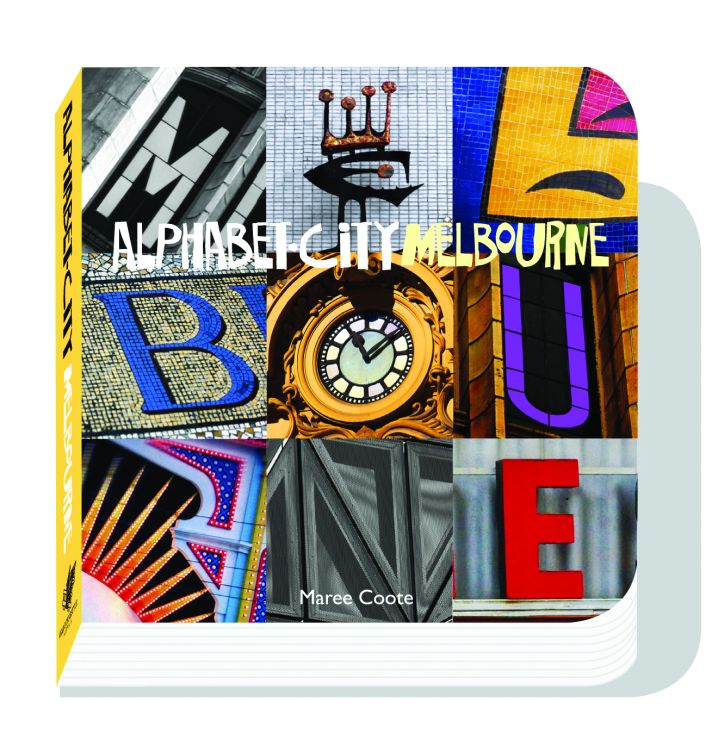 Melbournestyle presents two stunning new hardcover books from renowned artist & author Maree Coote. The fully revised & updated 4th edition of The Melbourne Book: A History of Now shares the unique story of the world’s most liveable city – exploring its style, its people and its vivid past, with a collection of interviews and over 700 colour photographs. Alphabet City Melbourne is a gorgeously designed educational picture book that helps parents teach littlies the alphabet through shapes and letters photographed around the city. More information on both new releases are highlighted below:

The Melbourne Book: A History of Now (4th Edition)
Fully revised and updated, The Melbourne Book: A History of Now is a living, modern chronicle of a unique city with an eye for the everyday and for the extraordinary. Maree Coote adds new tales to this much-loved collection of stories from Melbourne’s past and present, including the stories of Germaine Greer, Barry Humphries, Dan Sultan, Eddie Perfect, Molly Meldrum, TV ‘King’ Graham Kennedy and Dame Edna Everage. Uncover the real story of Melbourne’s politics and personality, the updated facts about footy and fashion, horse-racing and the notoriously changeable weather. Step inside grand landmarks and favourite places, from the Manchester Unity Building to the Parliamentary Library, and the Zoo. The perfect gift for Melburnians, Australian history fans & travellers.

Alphabet City Melbourne
Teach your littlies the letters of the alphabet and sharpen their observational skills as they learn to discern shapes and letter forms in marvellous Melbourne. Alphabet City is fun, educational, informative and lovingly local. Suitable for Infants to 5 yrs. Website available at www.alphabet-city.com.au.

About Melbournestyle
Melbournestyle is a celebration of Melbourne, founded in 1994 by husband and wife team Maree Coote and Lex Ridgeway, with the launch of their first collection: The Melbourne Cups & Saucers. In 2003 the duo added an independent publishing company and imprint, Melbournestyle Books. In 2006 the Melbournestyle gallery and retail concept store was opened in South Melbourne, to provide a design base and showcase for other Melbourne designers and artists and artisans.

About Maree Coote
Maree Coote is a writer, designer, illustrator, photographer and publisher. She has enjoyed an award-winning career in advertising and understands Melbourne’s unique advantage well. Her many creative passions converge in her studies of Melbourne’s history, which is the focus of her work in object design and in publishing over the past ten years. Recently published books include When you go to Melbourne and the award-winning The Art of Being Melbourne.